Asunción, Paraguay, 2 October, 2020 – Seeking to put a definite stop to and contain the various manifestations in illicit firearms trafficking within the national territory and in its cross-border dimension, Paraguay officially launched on 30th September its newly approved Roadmap on Preventing and Countering Illicit Firearms Trafficking and Related Crimes.

The web-based event was organized by the United Nations Office on Drugs and Crime’s Global Firearms Programme in cooperation with Paraguay’s Ministry of Foreign Affairs and the Ministry of National Defense, and funded by the European Union. In front of an audience of more than 70 people from 14 different countries, the speakers announced details of this commitment, which highlights, among others, the importance of international cooperation in the sustained fight against illicit firearms trafficking. 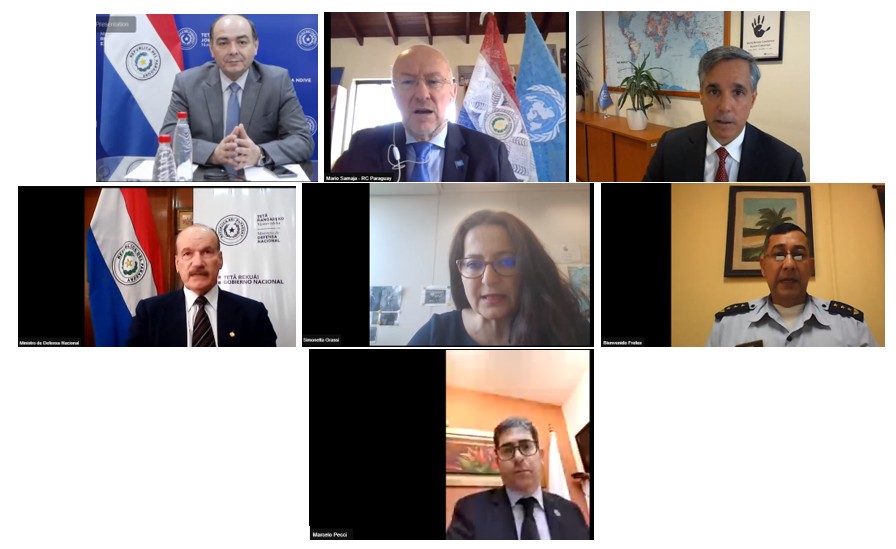 Last August, Paraguay participated in the 6th Conference of States Parties to the United Nations Arms Trade Treaty (ATT), where the country reaffirmed its commitment and its comprehensive and holistic involvement in the implementation of the agreement described above.

By means of its official statement, Paraguay expressed that the ATT “is not an isolated instrument but is rather complemented by others in questions relating to international disarmament, the application of International Humanitarian Law and United Nations action plans, thereby also strengthening the protection and promotion of Human Rights.”

At the launch of the Roadmap, the Minister of Foreign Affairs, Antonio Rivas, reaffirmed this commitment by reiterating that “strengthening [national capacities] is an integral part of the National Government's efforts to tackle transnational organized crime, which uses illegal firearms trafficking to strengthen the logistics of its despicable operations, undermining national, regional and international peace and security. I must stress that, despite the pandemic we are experiencing, it has not slowed down the actions of criminal organizations.”

Indeed, the Roadmap adopted by Paraguay takes into account the achievement of Sustainable Development Goal 16, re. the promotion of Peace, Justice and Solid Institutions, especially targets 16.1 and 16.4 of the United Nations 2030 Agenda for Sustainable Development. As reminded during the event by Mario Samaja, UN Resident Coordinator in Paraguay, “it is imperative to focus our actions towards the achievement of Agenda 2030, even despite the unexpected challenges posed by Covid-19, with an unyielding emphasis on the fundamental principle of leaving no one behind.” 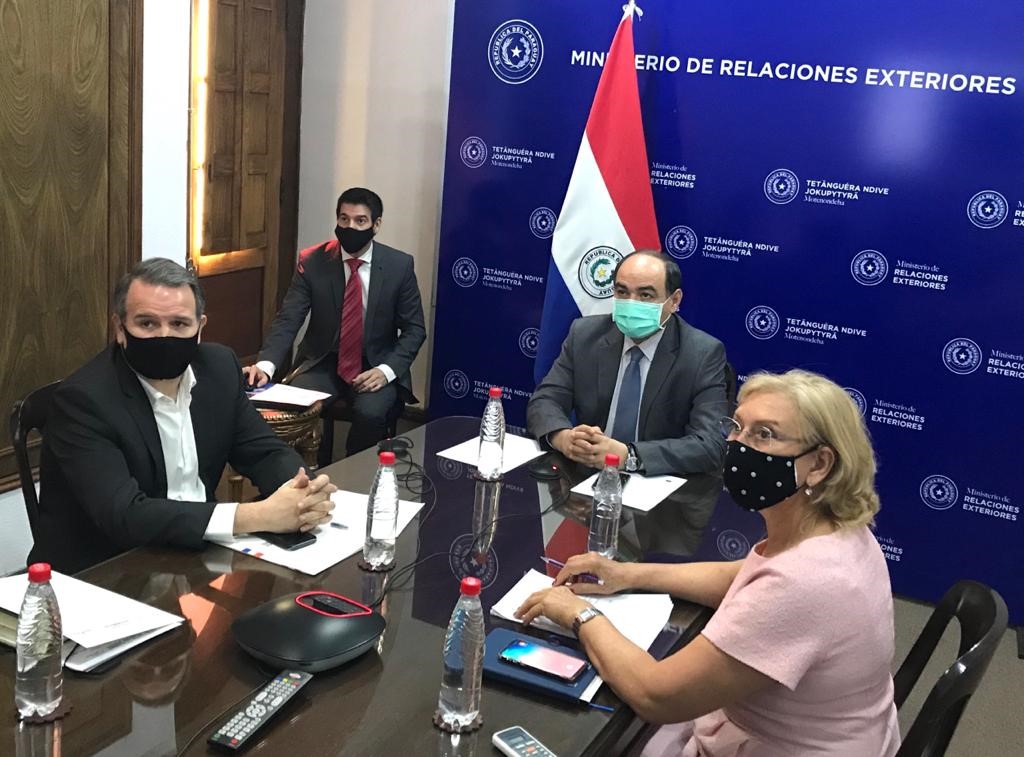 Progress In retrospect: Building the foundations of national compromise

With the adoption of Law 4,036 of 2010, Paraguay set the foundation to implement a modern firearms control regime, but whose full potential so far been hampered by the lack of a comprehensive regulation. In 2018, Paraguay decided also to impose a general prohibition on the importation of firearms, with the explicit exception of those acquired for the performance of the tasks of the National Police or the Military Forces, under supervision of the Directorate of War Material (DIMABEL) – a subdivision of the country’s Military Forces. This unit is also in charge of maintaining the national records and of the tracing of firearms nationwide, thus overseeing the proper use of war equipment in compliance with the specific instances observed by law.

During the launch event, Paraguay warned that, despite that prohibition, organized crime groups continue facilitating the illegal trafficking in firearms, the diversion of armed forces’ material to the illicit circuit, ending in the hands of civilians or criminal organizations, as well as the illegal trade of firearms. In this regard, Paraguay recently reiterated the need to support legal assistance in international cooperation, with an emphasis on the use of special investigative techniques. Likewise, the recent progress of the South American country also includes the establishment of specialized courts in cases of transnational organized crime (2019) and the regulation of some excerpts and sub-articles of Law 4036/10. These advancements provide a good basis to allow competent authorities to continue expanding and undertaking a more integrated and effective work on the matter.

In addition to the above, Paraguay’s National Inter-Institutional Working Group on Firearms, led by the Ministry for Foreign Affairs continued to promote and enhance information exchange and coordination in the framework of various international fora on arms trade and related issues. As Pro-Tempore President of Mercosur (until July 2020), the Paraguayan president, Mario Abdo Benítez, enhanced and expanded opportunities for the tasks entrusted to the Working Group on Firearms and Ammunition (GTAFM)This latter adopted decisions aimed at giving shape and precise orientations to its member states to develop Joint Investigation Teams (JITs) in the framework of this regional integration group.

UNODC’s Global Firearms Programme appreciates these new developments and ongoing efforts by the Government of Paraguay in countering illicit firearms trafficking and strengthening international cooperation. Through its support in providing capacity building and assessment missions on gaps and opportunities, the Programme significantly contributed to country’s adopting new measures to effectively tackle illicit arms flows in line with UNTOC’s Firearms Protocol.

The online launch was attended by the Minister of Foreign Affairs, Mr. Antonio Rivas Palacios; the Minister of Defense, Gral. Bernardino Soto Estigarribia, as well as high-level representatives of the Public Ministry, the Directorate of War Material of the Armed Forces (DIMABEL) and other national government entities. European Union and UN officials, as well as delegates from neighboring countries and the international community, alongside representatives of civil society organizations also attended the event.

“Countering illicit firearms trafficking and its links to other serious crimes, is a crucial and central priority for Paraguay, and for the Latin American region (…).  The joint roadmap crystalizes Paraguay’s commitment to strengthen its efforts to prevent and counter illicit firearms trafficking and foster regional and international cooperation in this field”, Mr. John Brandolino stated on behalf of Ms. Ghada Waly, UNODC Executive Director during the opening session.

This activity was made possible with the support of the European Union.