It is widely acknowledged that the connection between terrorism and organized crime, including the illicit trafficking of small arms and light weapons (SALW), is a serious threat to international peace and security. Many terrorist groups around the world prefer SALW as they are low in cost and easy to access, transfer, hide and use. The challenges that Member States face to detect, seize and trace illicit firearms, as well as the difficulties in investigating and prosecuting specific firearms trafficking cases, are other incentives for terrorists and criminals to move illicit weapons between countries and regions. 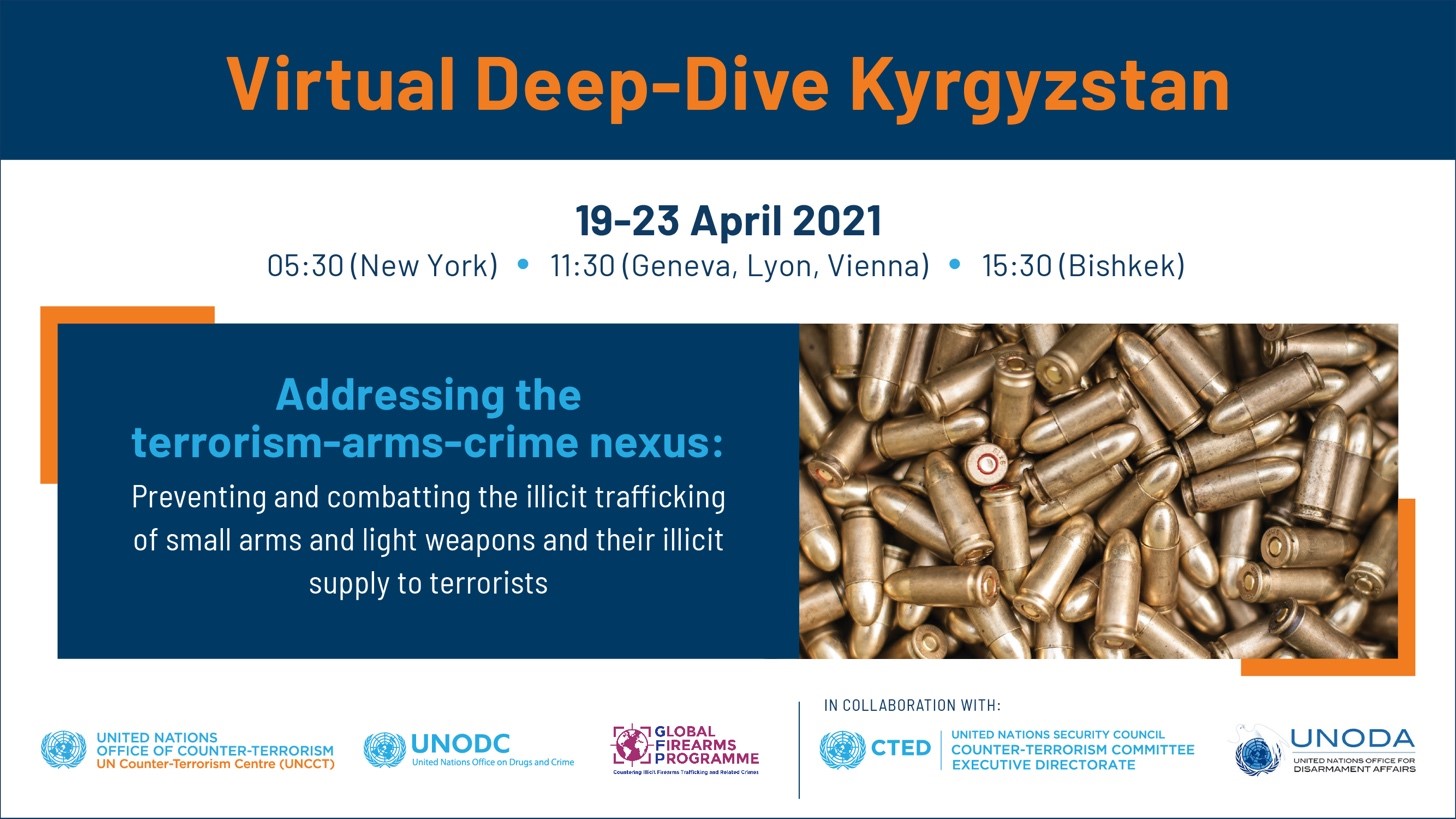 Resolution 2370 (2017), unanimously adopted by UN Security Council, calls on all States to eliminate the supply of weapons to those involved in terrorist acts. This is the first resolution, dedicated to addressing the linkage between weaponry and terrorist acts and strongly condemning the continued flow of weapons, including SALW. This project was initiated to support the implementation of Security Council Resolution 2370 and the 2015 Madrid Guiding Principles on Foreign Terrorist Fighters + 2018 Addendum.

Kyrgyzstan has undertaken a number of initiatives aimed at strengthening the control over the circulation of small arms and preventing the illicit trade in arms. These include the process for the introduction of the amendments to the “Law on Weapons” (1999), completion of several major legislative reforms, including the adoption of a new Criminal Code, Code of Criminal Procedure, and Code of Executing Sentences. The country has taken steps to strengthen coordination and information sharing by its law enforcement agencies, by border management agencies as well as steps to update the equipment used at border crossing points.

The virtual deep-dive assessment mission allowed for an interactive dialogue between national institutions and project stakeholders to ensure a comprehensive understanding of the current situation related to illicit SALW trafficking and its links to terrorism in Kyrgyzstan and the Central Asian region as a whole. National institutions had an opportunity to discuss in detail their current initiatives and capacities to prevent and combat the illicit trafficking of SALW and their  supply to terrorists, as well as the status of implementation of relevant international instruments and Security Council resolutions on counterterrorism, including resolutions 1373 (2001), 2462 (2019), 2482 (2019) adopted in this field. It also allowed the United Nations and Kyrgyz authorities to analyze the existing legislative, institutional and operational framework and response capacity, as well as to identify  priority technical assistance needs, which would be addressed and supported in the framework of the given project.

The virtual deep-dive assessment mission to Kyrgyzstan was implemented within the framework of the UNCCT-UNODC joint project to address the connection between terrorism, organized crime and the illicit trafficking of small arms and light weapons (SALW) in Central Asia funded by the Russian Federation and the Kingdom of Saudi Arabia.