"Small arms and light weapons are increasingly becoming the weapon of choice of many terrorist groups around the world as they are cheap and easy to access, transfer, hide and use," said Mr. Voronkov, the Under-Secretary-General of the United Nations Office of Counter-Terrorism. "Insufficient international response in countering the illicit trafficking of small arms and light weapons, the challenges that Member States face to detect and seize them, as well as porous borders, allow terrorists and criminals to move illicit weapons from one country or region to another," he added. 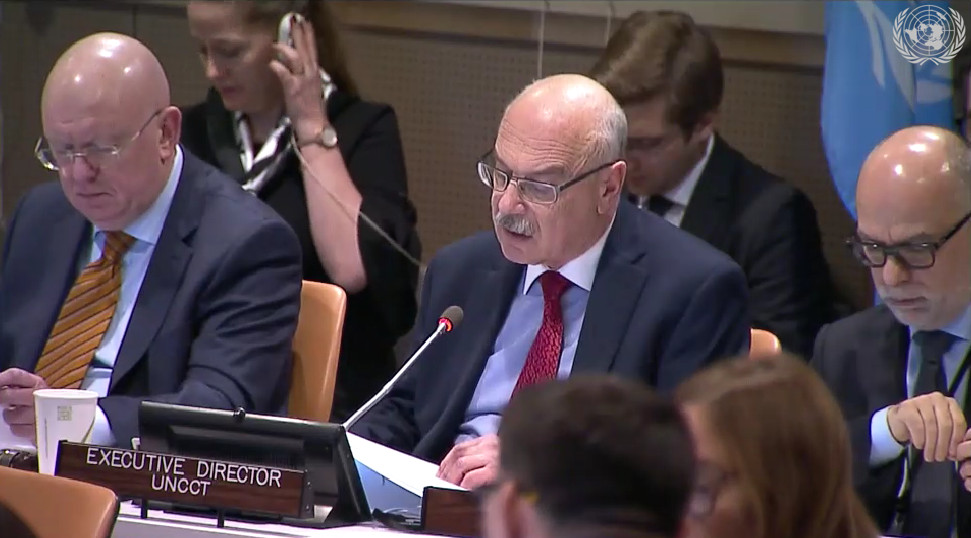 "The terrorism-arms-crime nexus is a global challenge and any regional gaps in addressing these threats have far-reaching consequences for all of us," stated Ms. Ghada Waly, Executive Director, United Nations Office on Drugs and Crime (UNODC) in a video message. "The project also looks to tackle the full range of obstacles hindering progress. Through this we seek to put in place legal frameworks, strengthen law enforcement and criminal justice capacity, improve data and address cooperation gaps. Such a coordinated, holistic approach is essential to deal effectively with threats that no country can face alone."

More specifically, the project will contribute to the enhancement of national legislative, strategic and operational capacities for Central Asian countries, including Kazakhstan, Kyrgyzstan, Tajikistan, Turkmenistan, Uzbekistan, whose Permanent Representatives to the United Nations were present at the event. They welcomed the project as a reflection of the political engagement of the region to fight terrorism and transnational crime. They recalled that Central Asian countries adopted, in 2010, a Joint Plan of Action for the Implementation of the UN Global Counter-Terrorism Strategy in Central Asia.

Funded by the Kingdom of Saudi Arabia and the Russian Federation, the project supports the implementation of the United Nations Global Counter-Terrorism Strategy, Security Council Resolution 2370 (2017), the Madrid Guiding Principles, and the Firearms Protocol to the UN Convention Against Transnational Crime, among other international legal instruments.

The project will be co-implemented in 2020-2021 by UNCCT and UNODC through its Global Firearms Programme, through an "All-of-UN" approach in close collaboration with the UN Counter-Terrorism Committee Executive Directorate (CTED) and the UN Office for Disarmament Affairs (UNODA), as well as the Shanghai Cooperation Organization (SCO).