9 September 2020, Banja Luka, Bosnia and Herzegovina: The UNODC Global Firearms Programme held a meeting the with the Indirect Taxation Authority (ITA) of Bosnia and Herzegovina to discuss the implementation of the Halting Arms and Law Breaking Trade (HALT) project initiated in March 2020 by UNDP and UNODC, aimed at better combating illicit arms trafficking through development of standard operating procedures, provision of training, and procurement of specialized equipment for the detection of smuggled firearms.

During the meeting, the UNODC experts presented the Gap and Need Analysis (GNA) report developed by UNODC. The GNA process and the report are the first part of an analytical progression that will act as a foundation for the detailing and fine-tuning of UNODC implemented activities along with further analysis in the areas of training, equipment and cooperation. In light of this, UNODC presented two additional reports, a Trainings Need Analysis and an Equipment Need Analysis focusing on the detection of firearms, their parts, components and ammunition in postal and courier parcels. This initial discussion allowed for all stakeholders to establish the basis for implementation of the project.

As the next step, UNODC will translate the reports into the local language and submit to the national authorities for approval. The GNA process covers only UNODC supported areas of postal and courier traffic and the trafficking of firearms, parts and ammunition and explosives. 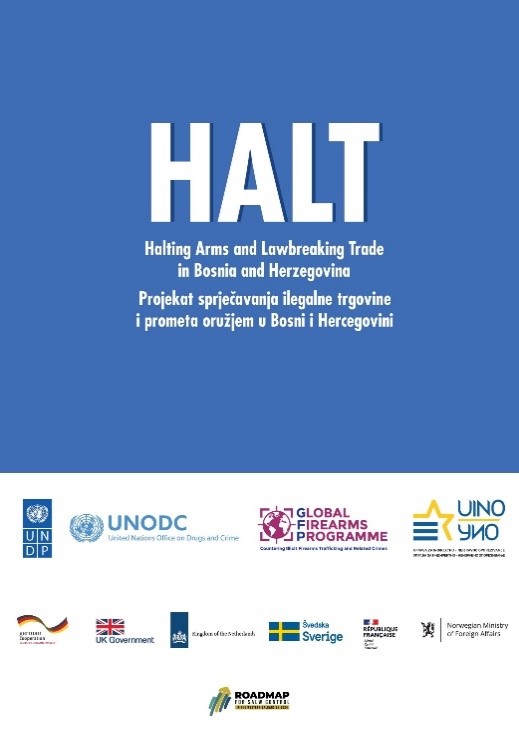 The meeting also provided an opportunity to introduce the new National Project Officer for Firearms who will support the implementation of the HALT project in Bosnia and Herzegovina.  The financial support for this activity is provided under the Western Balkans Small Arms and Light Weapons (SALW) Control Roadmap Multi-Partner Trust Fund by Germany, UK, Netherlands, France, Sweden and Norway.