From 21 to 24 September 2021, UNODC's Global Firearms Programme delivered a training for first line responders from the Customs, Police and Postal Services on detection of firearms trafficking in Saint Lucia. The activity was conducted in cooperation with Saint Lucia’s national authorities and CARICOM IMPACS.

The training aimed at strengthening capacities of practitioners to detect illicitly transferred firearms through postal and fast parcels, as well as at land and maritime borders. To that end, it combined theoretical and practical activities. During the mornings, students received lectures of experts around the globe from UNODC, CARICOM, as well as EUROPOL, ATF, Spain, INTERPOL, among others. In the afternoons, the conducted practical exercises where they could put into practice what they had learned, such as searching for concealed firearms and parts and components in vehicles, identifying risk indicators, or visiting Customs and Castries’ harbour. 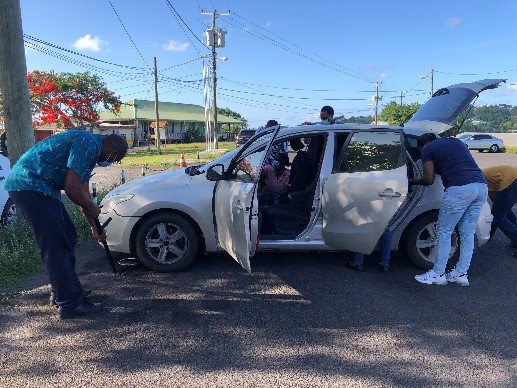 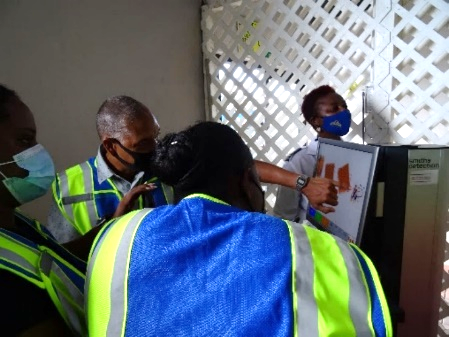 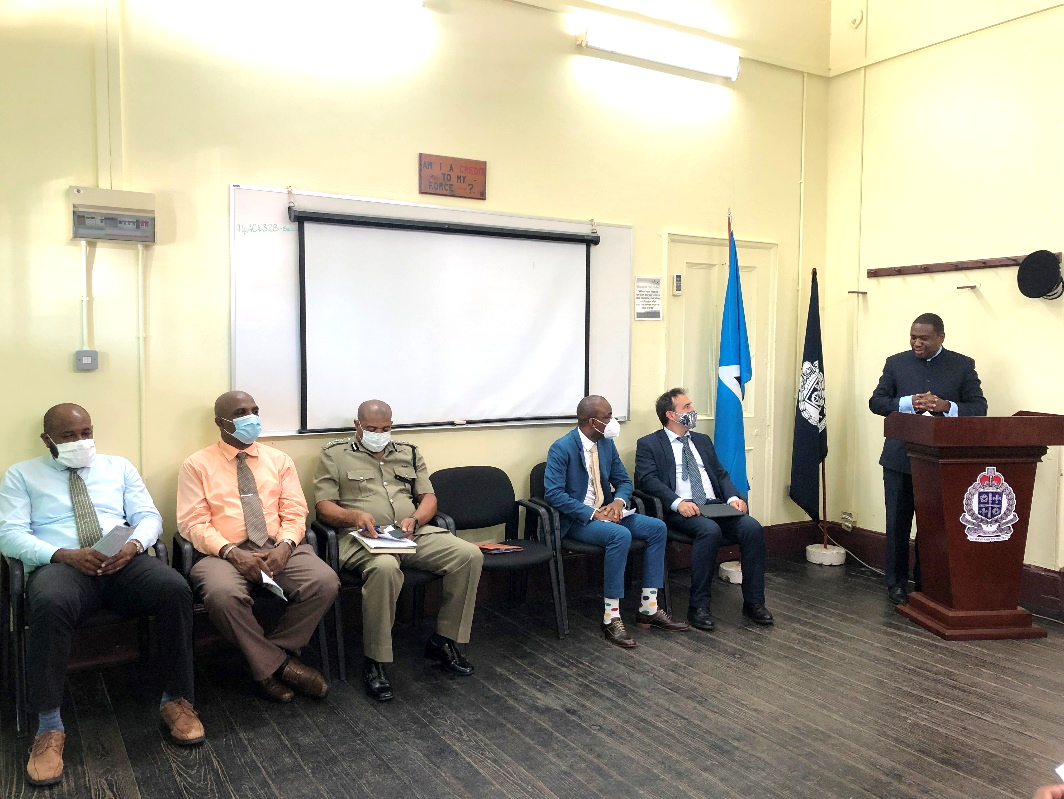 The training included three sessions, starting with an examination of the new trends of trafficking, manufacturing and diversion of firearms (such as disassembled firearms, use of the darkweb, fast parcels, 3-D printing, etc.), followed by specific tools and techniques to detect illicit firearms (risk management, profiling, concealment methods, etc. which also included several practical exercises), and concluding with international cooperation and information sharing to detect and disrupt illicit firearms flows. The sessions aimed at developing the capacities on detection of firearms trafficking in line with established procedures and operational tactics, and to increase inter agency cooperation at the borders.

In light of the COVID-19 situation, the training was conducted in hybrid format to minimise the number of students in the room, but at the same time to reach a larger number of students. Thanks to this format, in addition to the 17 participants in the room, 30 students also joined the training virtually. The methodology was designed to actively involve both the in-person and virtual students. For example, breakout groups were created to exchange ideas, and the study visits were streamlined, so virtual participants could follow them, ask questions and learn from the experience.

Saint Lucia’s Deputy Permanent Secretary of the Ministry of Home Affairs, Ricky Quinlan, stated that the training has been “one of the best things that could have happened to Saint Lucia”.

The four-days-training was officially closed with a ceremony that was honoured by the presence of St Lucia’s Minister of Foreign Affairs, Hon. Alva Baptiste, as well as. Finally, participants received their certificates in the hands of the national authorities.

The activity was organised thanks to the generous support of Germany, in the framework of the Global Firearms Programme’s project “Support to the implementation of the crime prevention and criminal justice component of the Caribbean Roadmap to counter illicit firearms trafficking and misuse across the Caribbean in a sustainable manner by 2030”.