Kinshasa, (DRC) 19-21 April 2022 – UNODC, through the Firearms Program organized a legislative assistance workshop on the fight against illicit firearms trafficking in order to support the process of drafting a law on the general regime in the Democratic Republic of Congo.

The workshop targeted more than thirty participants from key institutions and was co-organized with the support of the Congolese National Commission on Small Arms and Light Weapons (CNC-ALPC, for its acronym in French). The meeting was aimed at familiarizing national institutions and officials with the various international legal instruments on arms control so that they can be integrated into national legislation and standards. The activity was a first step towards the drafting of a new bill on the general regime of arms in the country.

The workshops is part of UNODC’s efforts in the Central African sub region to harmonize national legislation with international instruments on arms control, including not only the Firearms Protocol, but also taking into account the Kinshasa Convention on Small Arms and Light Weapons. UNODC has been working closely with the Economic Community of Central African States (ECCAS) in setting up a support plan on this issue for its Member States. 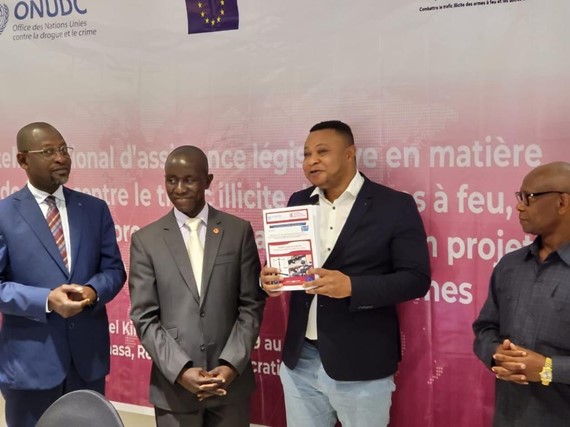 During the activity, national and international experts, including from UNODC, shed light on the importance of the fight against illicit firearms trafficking, emphasizing the necessity of establishing effective legal frameworks to combat this scourge and taking into account a coherent framework between national and international norms. The workshop allowed participants to have a more in-depth knowledge of the legal framework in the fight against the illicit trafficking of firearms in the DRC, as well as on the process of developing a draft law on weapons. It also allowed participants to have a better understanding of the coexistence of military and civilian jurisdictions with regards to firearms.

The workshop was also an opportunity to formally handover a Gap Analysis Report to Colonel Patrick Kombe Katambwe, Permanent Secretary of the CNC-ALPC, which addresses recommendations in order to update legislation in the country in respect of the DRC’s international commitments. UNODC’s support to the CNC-ALPC will continue in the second half of 2022. Under the leadership of the CNC-ALPC, a drafting committee will be set up to begin preliminary work on this end, the group will be comprised of experts from relevant ministries (including  Interior, Foreign Affairs, Justice, Defense, inter alia), as well as Parliamentarians and civil society. 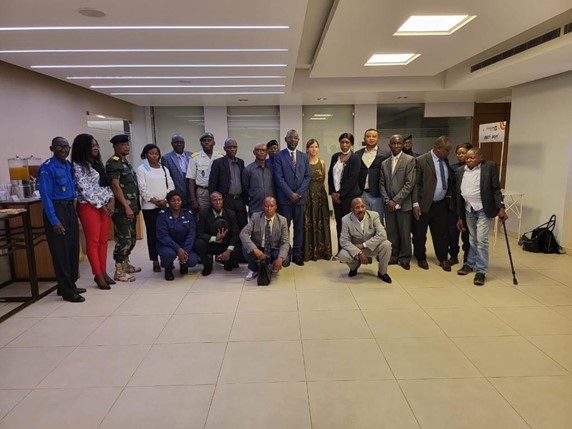 This activity was funded by European Union through the project “Countering transnational illicit arms trafficking through the implementation of the UN Convention against Organized Crime and its Firearms Protocol”, which is part of the EU’s Global Illicit Flows Programme.