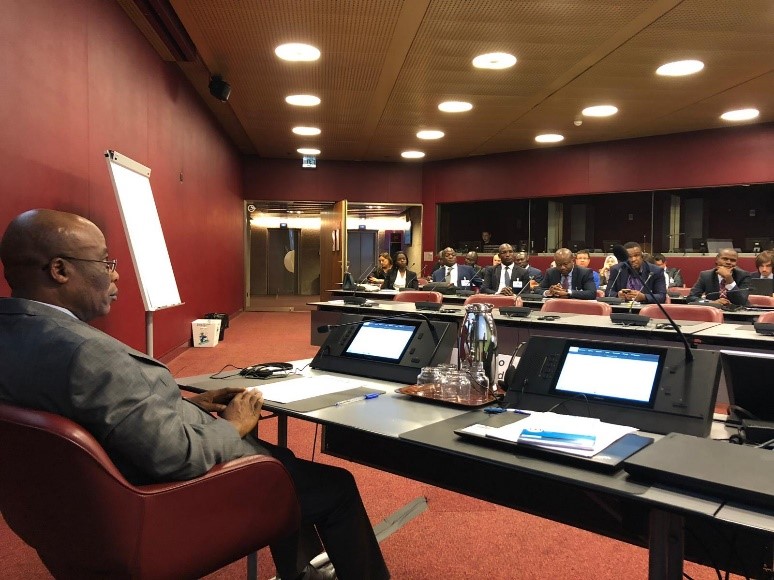 On 26 August 2019 in Geneva, UNODC through its Global Firearms Programme (GFP), in collaboration with the Governments of Côte d'Ivoire and Mexico, organised a side event on " Responsiveness of the ATT and the Firearms Protocol to Existing and Emerging Threats".

The event was held on the first day of the Fifth Conference of States Parties to the Arms Trade Treaty taking place from 26 to 30 August 2019 in Geneva with the key message to promote responsibility in international transfers of conventional arms.

The main objective of the side event was to emphasise the complementarity between the Arms Trade Treaty and the Firearms Protocol from the perspective and experience of States Parties to both instruments in preventing and combatting diversion and illicit firearms trafficking.

The side event, which was attended by 35 participants, provided a platform for stakeholders to discuss synergies and complementarities between the Arms Trade Treaty and the Protocol against the Illicit Manufacturing of and Trafficking in Firearms, their Parts and Components and Ammunition supplementing the United Nations Convention against Transnational Organised Crime, and to share national experiences and added value of implementing both instruments, with a view to preventing and combating more effectively the diversion and illicit trafficking in firearms and other conventional arms, and increasing adherence to the international legal framework.