On 8 October 2019 in Vienna, the Global Programme for the Implementation of the Doha Declaration organized a breakout session on how to broaden knowledge on the linkages between illicit firearms and terrorism through using E4J University Module Series on Counter-Terrorism and Firearms. The session was part of the International High-Level Conference "Educating for the Rule of Law" that took place from 7 to 9 October in Vienna. 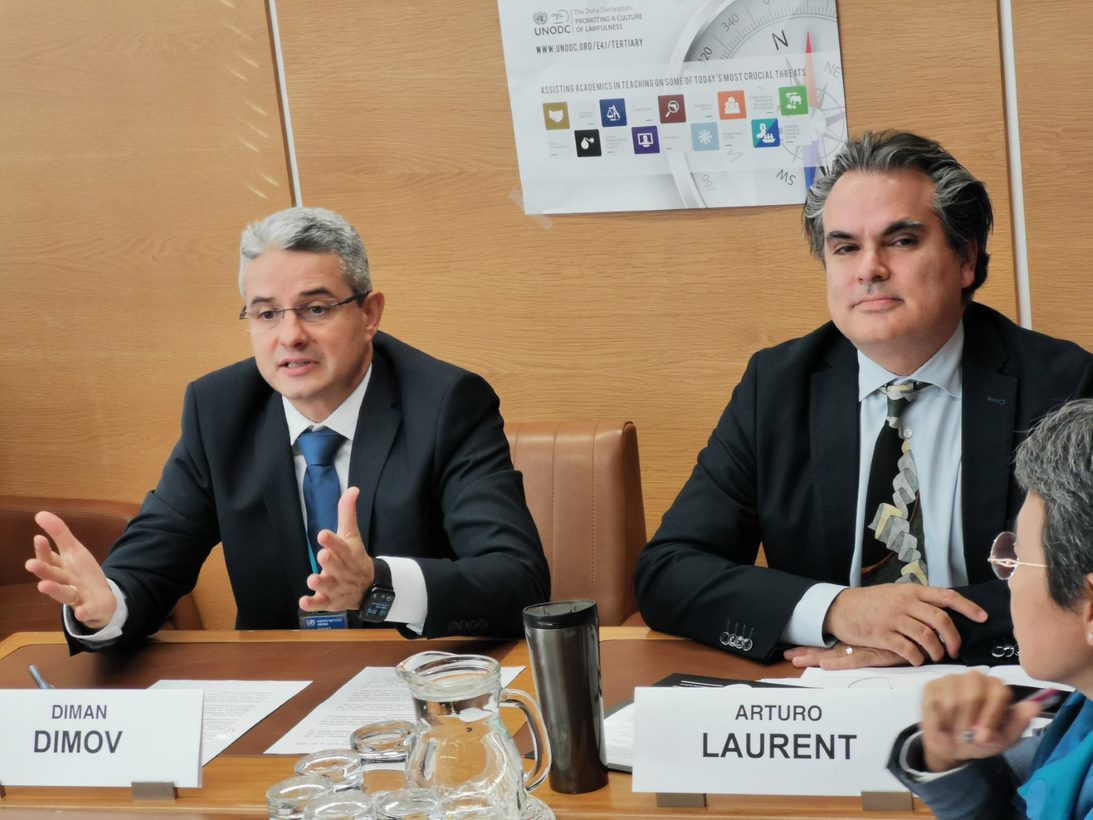 The panel discussion, moderated by Mr. Diman Dimov (Global Firearms Programme) and Mr. Arturo Laurent (Terrorism Prevention Branch), brought together 17 university academics to share their experiences from using the E4J modules to teach the students subjects related to illicit firearms and terrorism as part of the initiative to prevent crime through education.

The first panellist, Professor Zahara Nampewo (Makerere University), presented on how the Firearms modules are integrated in several of her courses, including International Humanitarian Law, Human Rights Law, International Criminal Law and Gender and Law; and how they could be incorporated in many other university subjects (e.g. development, social research, computers and technological law). Building upon her presentation, Ms. Sevim Saadat (Rule of Law Initiative) illustrated with specific examples how the Counter Terrorism modules and the cases (material for moot courts and discussions) help to reduce the gap between theory and practice. Educating future criminal justice professionals and instilling an evidence-based approach is a fundamental aspect of preventing terrorism and crime.

Professor Robert Mikac (University of Zagreb) then focused on the complementarity between the Firearms and Counter Terrorism modules, emphasising their inter-disciplinary nature, and suggested, inter alia, summer schools and private-public cooperation. Finally, Dr. Kevin Kester (Keimyung University) promoted an inclusive approach in conceptualising terms as peace and justice, and adapting the modules to other cultures and values as appropriate. 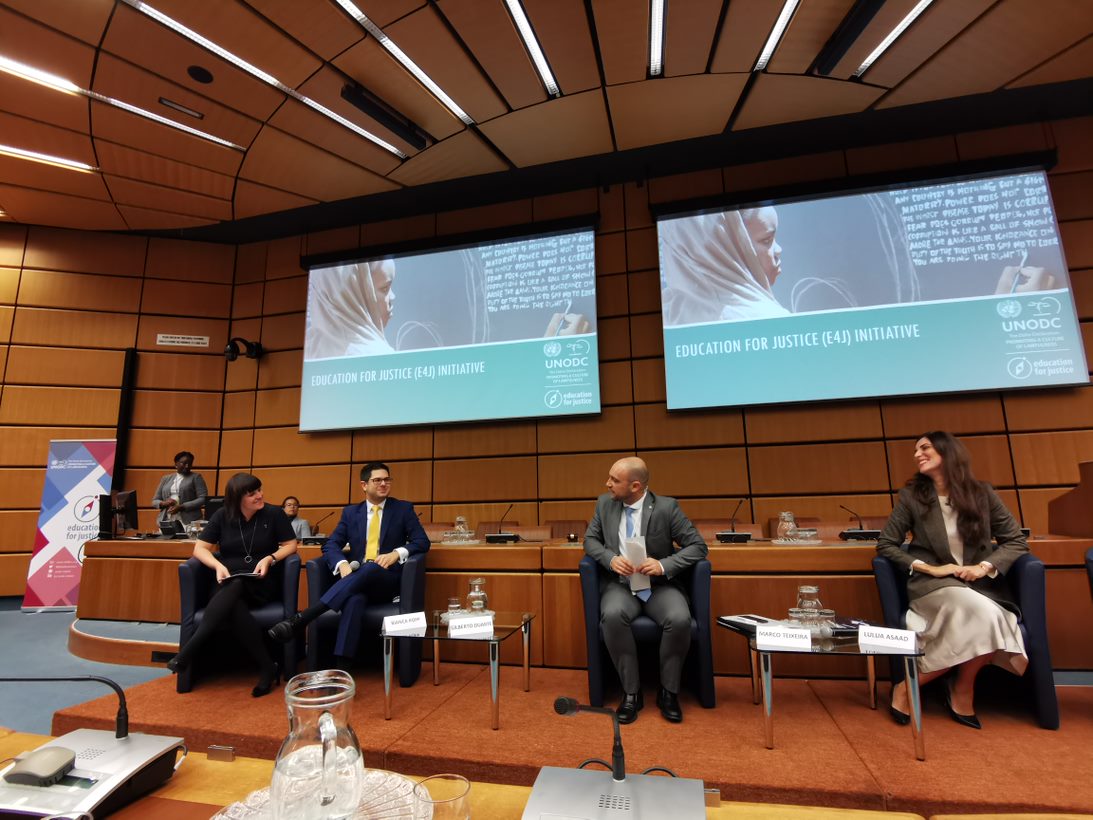 In Ms Saadat's words, "academic institutions, beyond preparing students, must have an active role engaging and participating in the rule of law", and the E4J modules are a valuable tool in that mission.