The Government of France and the UNODC Global Firearms Programme host a Side Event on Addressing the Links between Firearms Trafficking, Organized Crime, and Terrorism

On May 16, 2018, the Government of France in cooperation with the UNODC Global Firearms Programme hosted a joint side event to the 27 th session of the Commission on Crime Prevention and Criminal Justice to discuss firearms trafficking in the context of organized crime and terrorism.

The event was opened by Mr. John Brandolino, Director of the UNODC Division for Treaty Affairs, and H.E. Ambassador Jean-Claude Brunet, Ambassador-at-large on transnational criminal threats and the fight against the illicit trafficking of small arms and light weapons in France. 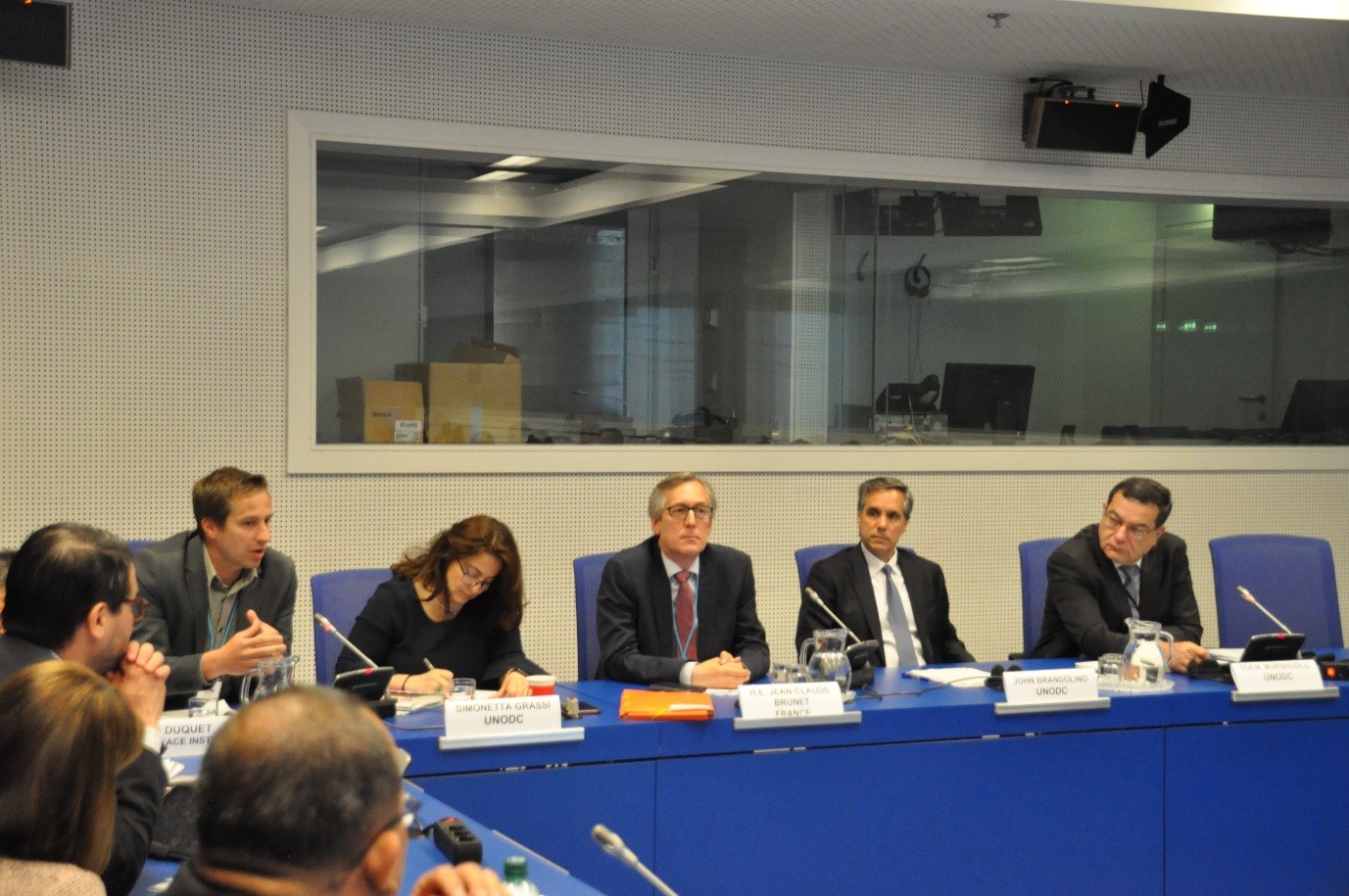 Emphasizing that firearms can provide important clues on the structure and movements of organized crime and organized criminal groups, Mr. Brandolino, spoke to the importance of instituting an integrated approach to understand the intersections between firearms trafficking and fighting organized crime and terrorism. He further reaffirmed the availability of UNODC to support Member States in tackling these phenomena.

H.E. Ambassador Brunet shared his experience on the accessibility of firearms for organized crime and terrorist groups and highlighted the importance of stronger physical security mechanisms for stockpile storage sites, as well as increased coordination between law enforcement agencies and strengthened border control in order to combat these issues. In closing, he encouraged further interorganizational cooperation to tackle the criminal networks that deliver weapons to terrorists, stressing the need to build further bridges between organisations working on arms control and law enforcement.

Panellists to the event included Mr. Nils Duquet of the Flemish Peace Institute as well as Ms. Simonetta Grassi, Head of the UNODC Global Firearms Programme. 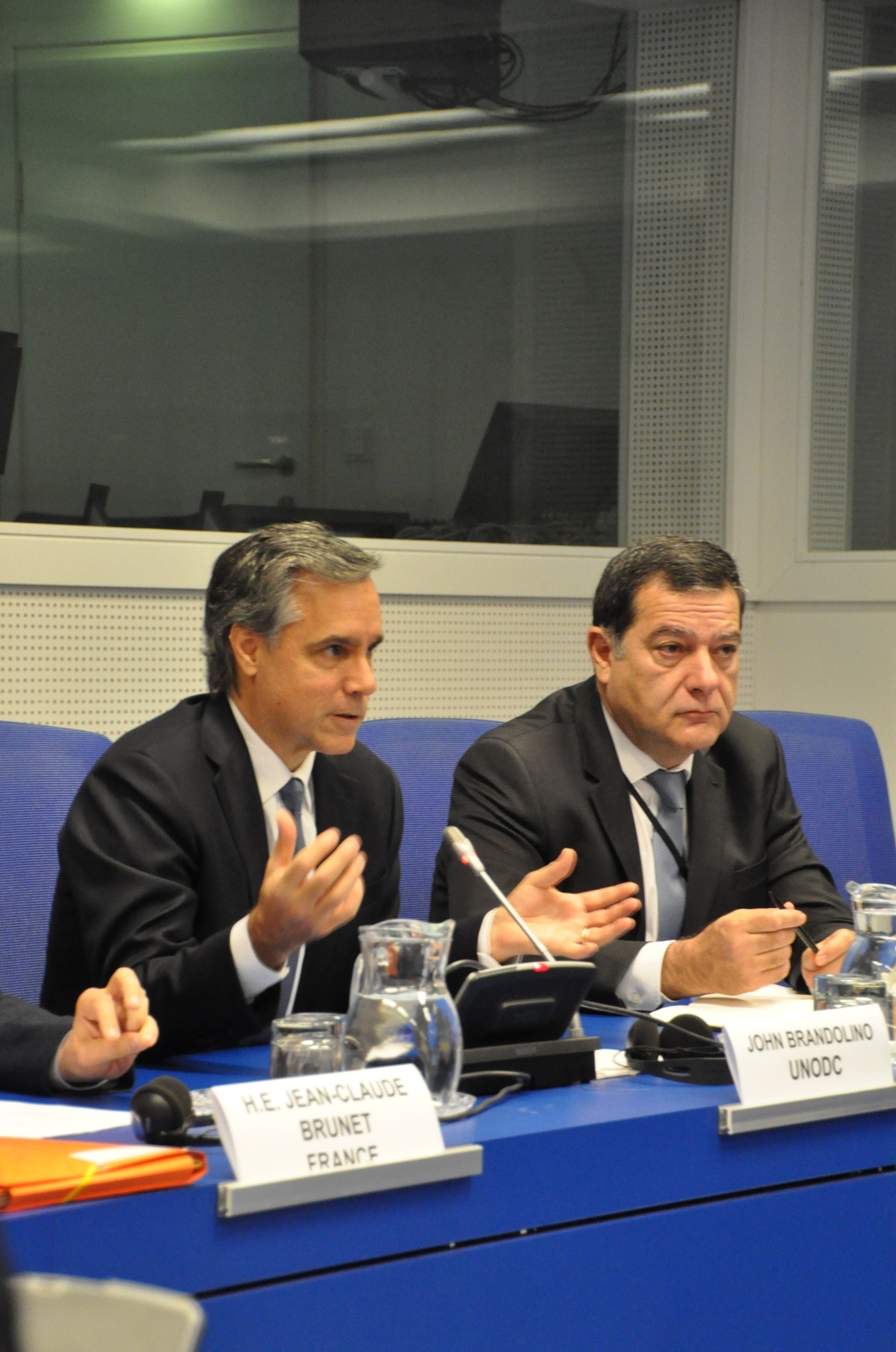 Presenting findings from the research Project SAFTE, which explores terrorist access to illicit gun markets in Europe, Mr. Duquet noted that the increased use of firearms by terrorists in recent years makes this an essential issue to tackle. The results of the study demonstrated the diversity of criminal gun markets across Europe, as well as the main prerequisite needed to access these markets: having previous or trustworthy criminal connections. Mr. Duquet concluded that to effectively counter the acquisition of firearms by terrorists in Europe, Member States would need to invest in three specific areas: closing legal loopholes that facilitate the access to firearms, enhancing operational capacities and cooperation, as well as improving the intelligence picture.

Ms. Grassi, concluded the event by raising the question of how the Global Firearms Programme's integrated approach can be amended to better tackle the links that exist between firearms trafficking, organized crime and terrorism. Examples of such an approach would include preventive measures that aim to reduce both the supply side of firearms - through security and regulatory measures, as well as the demand side - though strengthening the resilience to armed violence and violent extremism.

The panel speakers all acknowledged the importance of involving an integrated, multi-organizational, and multi-national approach to tackling such an essential issue as the firearms - organized crime - terrorism nexus. Several other cross-cutting challenges were addressed during the question section, which saw added remarks on the importance of monitoring usage of the darknet and for greater involvement on the part of national governments to target youth involvement in criminal activity.

The event was organized as a continuation of the topic discussion initiated at the Working Group on Firearms in early May 2018. 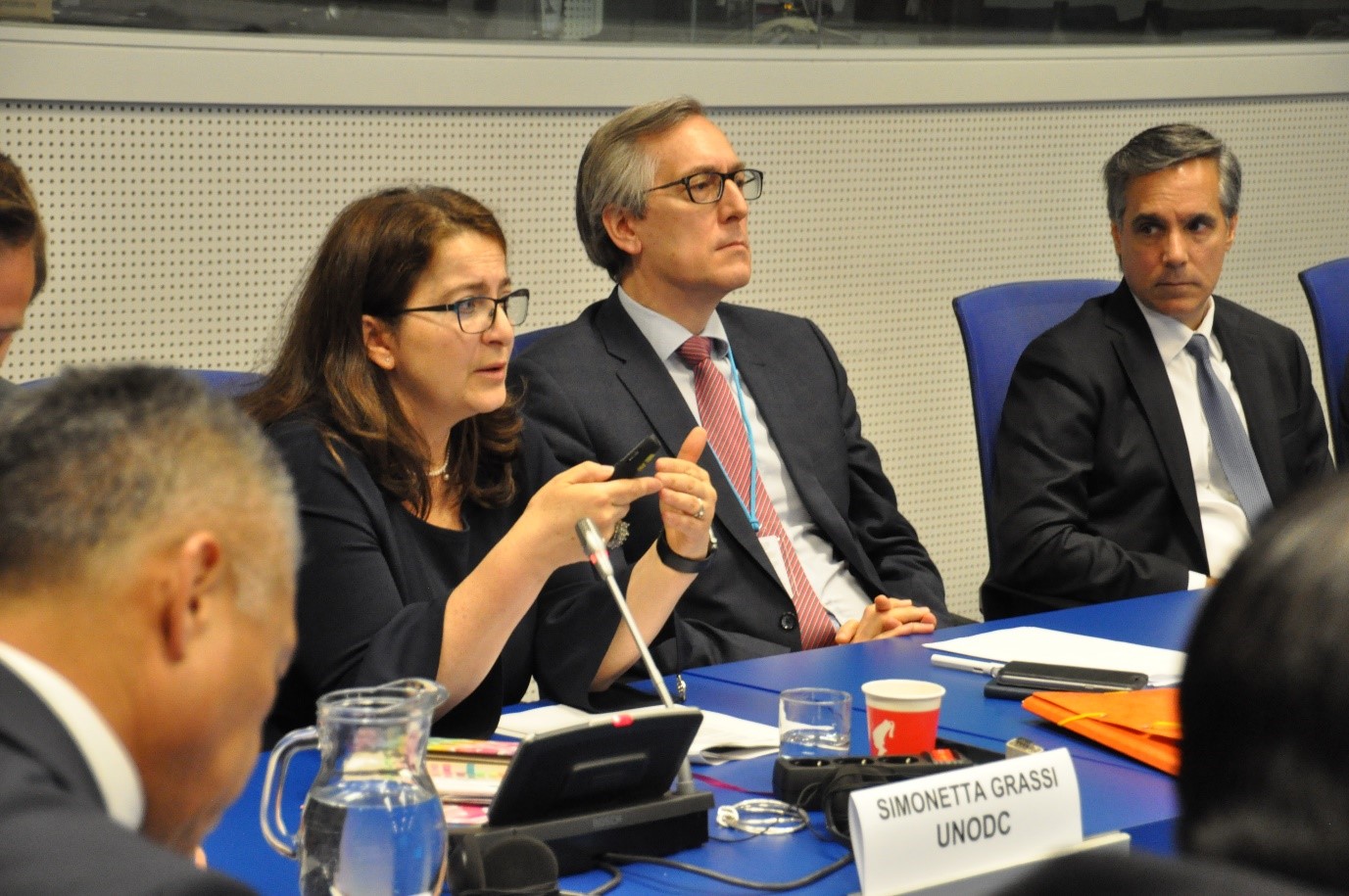 Documentation of the Sixth Session of the Working Group on Firearms