17 October 2018 - Together with the Government of Honduras; the Centre for Security, Development and the Rule of Law; Small Arms Survey; and the UNODC Justice Section; the Global Firearms Programme (GFP) co-organized the event entitled " Maras, illicit firearms, and security sector governance in Honduras". 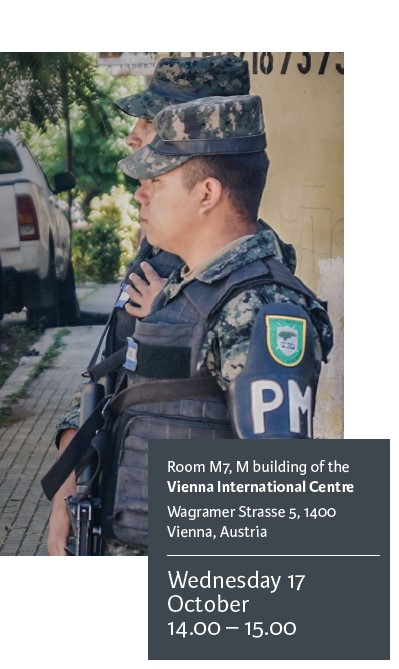 Keynote speakers included the Vice MInister of Security of Honduras, Mr. Luis Fernando Suazo, as well as the UNODC Director of the Division of Operations of UNODC, Miwa Kato.  Mr. Suazo highlighted how gangs in Central America have been recognized as an emerging transnational threat, affecting human security and development in the region, and that a key ingredient to violence in Central America, in particular the Northern Triangle, is the proliferation of illicit firearms and the easy access of weapons to violent actors such as gangs, maras, and cartels.

Other speakers noted that the possession and access of these actors to arms through illicit trafficking and black-market sources facilitate and enable their violent activities and exertion of power over populations in urban areas across Central America.

With more than sixty participants, the session shed light on the issues of small arms proliferation among gangs and other armed actors in Central America, in particular Honduras, and the need for the State and international organizations to consider the particular risk factor that gangs, maras, and cartels represent in terms of firearms-related violence and the importance to work on security sector governance to achieve tangible results with an effective police reform in Honduras. UNODC experts highlighted its policy response to such challenges, and welcomed the possibility to further explore cooperation in the subregion. 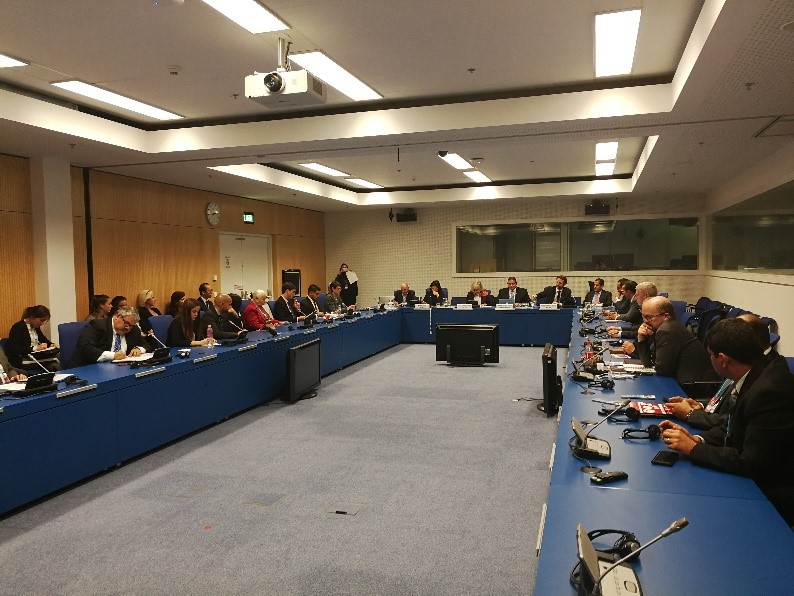