19 October 2018 - Together with the Government of Germany, the Global Firearms programme (GFP) organized a side event entitled " Silencing the Guns: Following Integrated Approaches to Addressing Firearms Challenges in Africa". The event brought together several stakeholders who addressed the AU Master Roadmap of Practical Steps to Silence the Guns in Africa by the Year 2020 - known as Lusaka Roadmap - from different angles. 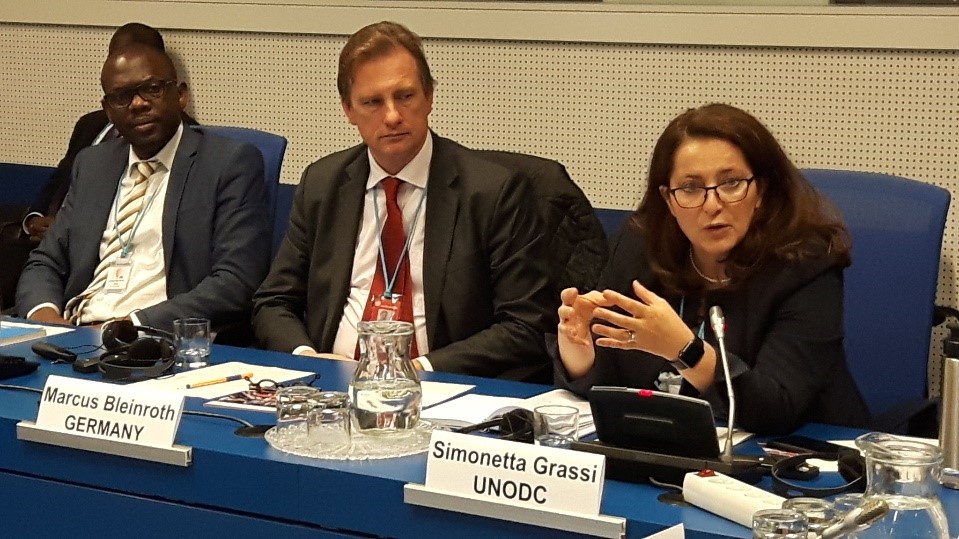 Introducing the key principles of the Lusaka Roadmap via video message, Ms. Einas Osman Abdalla Mohammed, Acting Head of the African Union Defence and Security Division, stated that within the African region, there is no lack of legal instruments on small arms and light weapons, but a lack with regard to their implementation. Mr. Marcus Bleinroth, Director of Division, Conventional Disarmament, Arms Control and CSBM, Preventive Arms Control, Federal Foreign Office of Germany explained Germany's role as coordinator of donor support for Africa on SALW matters within the G7 and noted that a focus on physical security and stockpile management is too narrow to resolve the firearms challenges faced by the continent. While Mr. Missak Kasongo Muzeu, Expert in Small Arms and Security Sector Reform, Economic Community of Central African States, spoke about the role of regional organisations in developing and implementing the Lusaka Roadmap, Mr. Anzian Kouadja, Permanent Secretary, National Commission on the Fight against the Illicit Proliferation and Circulation of Small Arms and Light Weapons, Côte d'Ivoire, stressed that in order for Member States to effectively implement the Roadmap, capacitating conditions and resources must exist at both the institutional and the operational levels. Also speaking at the event, Ms. Anna Alvazzi del Frate, Director of Programmes, Small Arms Survey gave an account of the preliminary results of an ongoing research project on illicit arms flows in Africa, explaining that illicit craft production of firearms as well as various types of diversion of weapons into the illicit market seem to be key concerns faced by the region. Ms. Simonetta Grassi, Head of the GFP, concluded the event by highlighting the areas of the Lusaka Roadmap for which the Programme is pleased to provide technical assistance and stressing that a comprehensive approach to firearms trafficking needs to uphold the rule of law and clearly demonstrate that "crime doesn't pay". 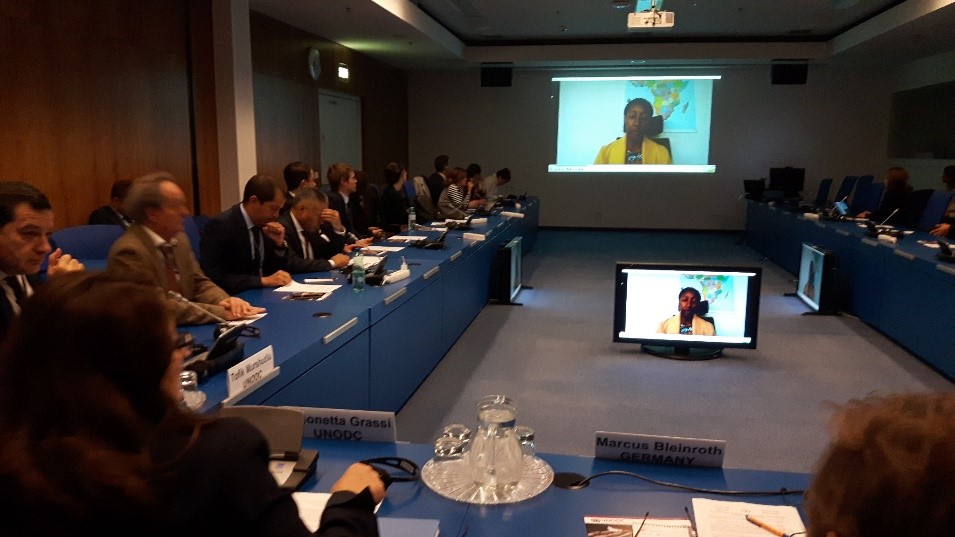