In a high-level side event, UNODC's Global Firearms Programme and its partners present their contribution to the fight against illicit firearms trafficking in the Western Balkans

15 October 2018 - On the first day of the Conference, the Executive Director of the United Nations Office on Drugs and Crime, Mr. Yuri Fedotov, opened a high-level side event on " Reinforcing the implementation of the Firearms Protocol - Franco-German coordination initiative on small arms and light weapons in the Western Balkans". The side event was co-organized by the Governments of Germany and France, together with UNODC's Global Firearms Programme (GFP). 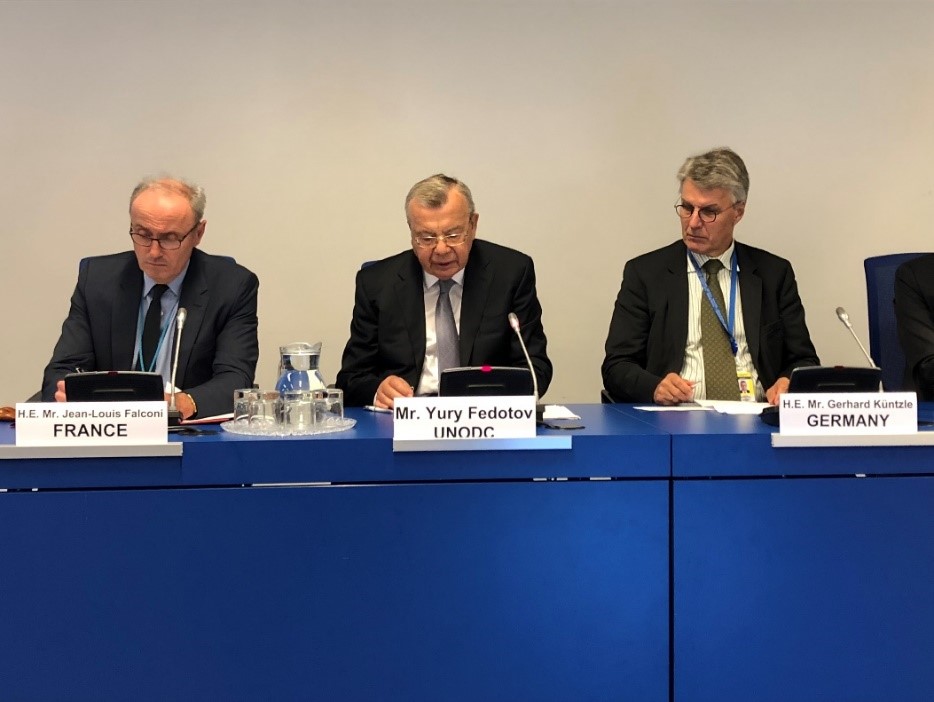 In his opening remarks, Mr. Fedotov stated that "if the international community is to effectively address the threats to security and development posed by firearms trafficking, then law enforcement action must go further. We must seek to detect and disrupt flows, dismantle the responsible criminal groups and bring the kingpins to justice." Also speaking at the opening session of the event, the Permanent Representatives of France and Germany to the United Nations and International Organisations in Vienna, H.E. Mr. Jean-Louis Falconi and H.E. Mr. Gerhard Küntzle respectively, echoed Mr. Fedotov's remarks and pledged continued support to Western Balkan countries' efforts in countering this threat.

Panel discussions provided the opportunity for donors and partners to present the vision and principles underpinning the strategy contained in the "Roadmap for a sustainable solution to the illegal possession, misuse and trafficking of Small Arms and Light Weapons (SALW) and their ammunition in the Western Balkans by 2024", and further highlighted specific areas of UNODC contribution to achieve the defined goals, through inter alia enhanced implementation of the Firearms Protocol and coordination with relevant partner organisations and initiatives at the regional level.

The debate was further enriched with national perspectives and examples of firearms trafficking cases, which offered useful insights on the challenges in prosecuting this specific crime-type but also put forward various areas in need of further support to the work of national investigative and prosecutorial authorities in the region.

Key messages from the event emphasized the need for synergetic approaches, coordinated efforts and tailored responses to the region's specific challenges in the area of firearms/SALW control, as well as local ownership, all of which were carefully embedded in the Roadmap, with a view to ultimately guiding and supporting Western Balkans countries and the donor community through to its full and effective implementation. 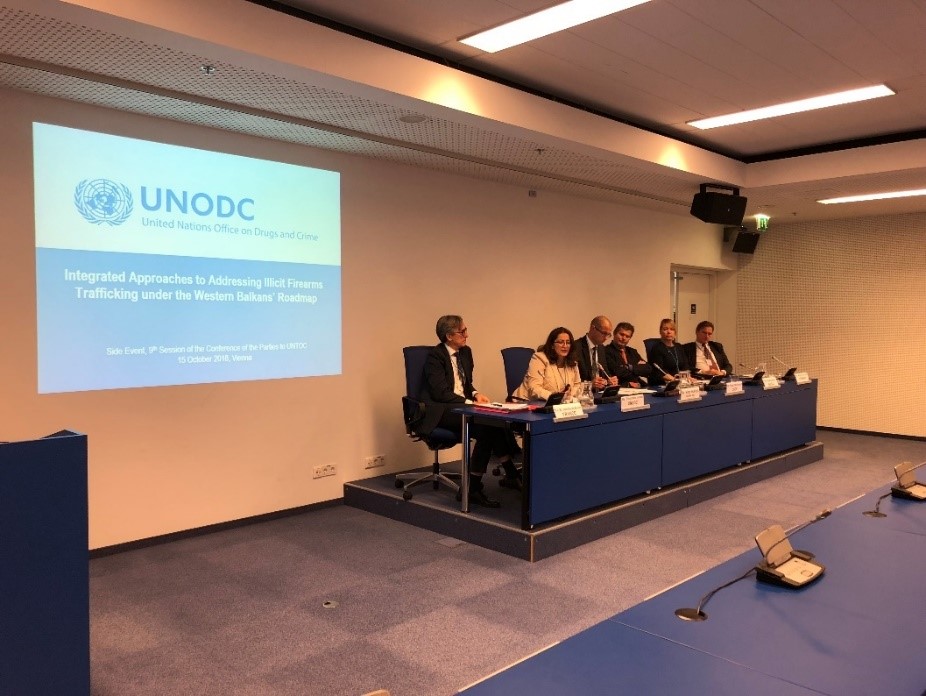 -          ROADMAP for a sustainable solution to the illegal possession, misuse and trafficking of Small Arms and Light Weapons (SALW) and their ammunition in the Western Balkans by 2024