From 6 to 15 March 2019, the Global Firearms Programme conducted technical visits to Cameroun, Niger and Senegal on the topic of identifying and monitoring illicit firearms flows. The main objectives of the mission were to facilitate the countries' participation in the ongoing global data collection exercise on illicit firearms trafficking and to discuss next steps in enhancing national protocols as well as capacities in firearms data generation, collection, centralisation and analysis. 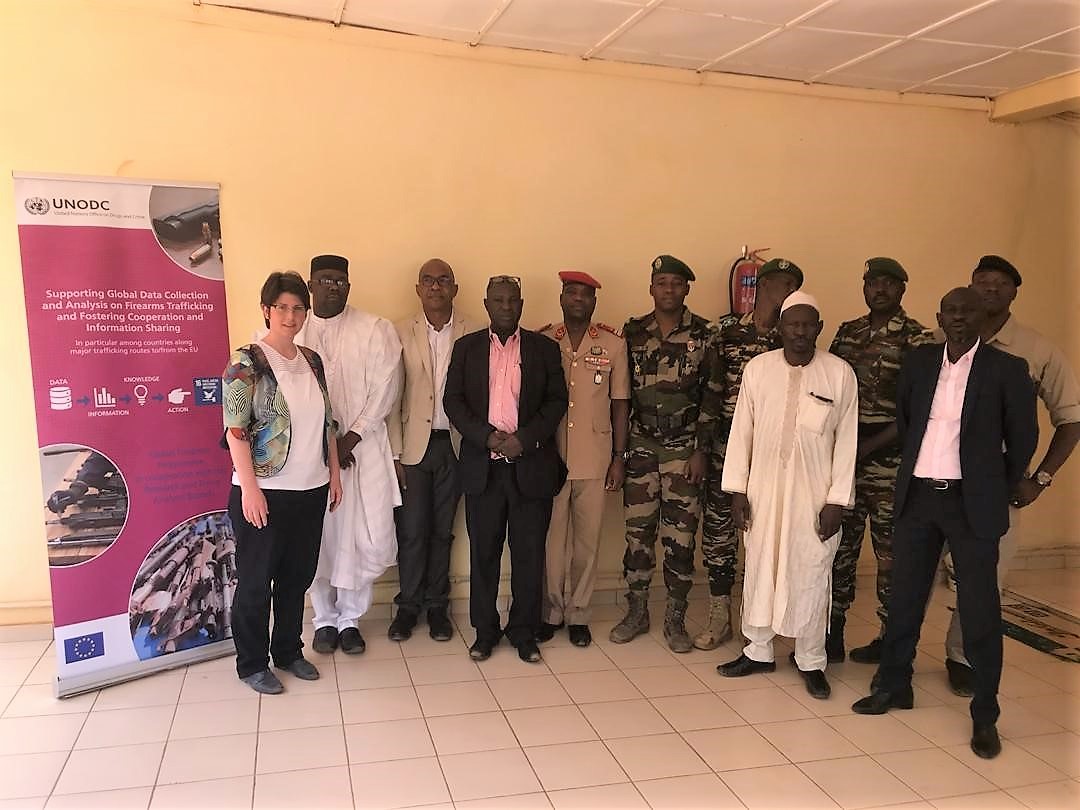 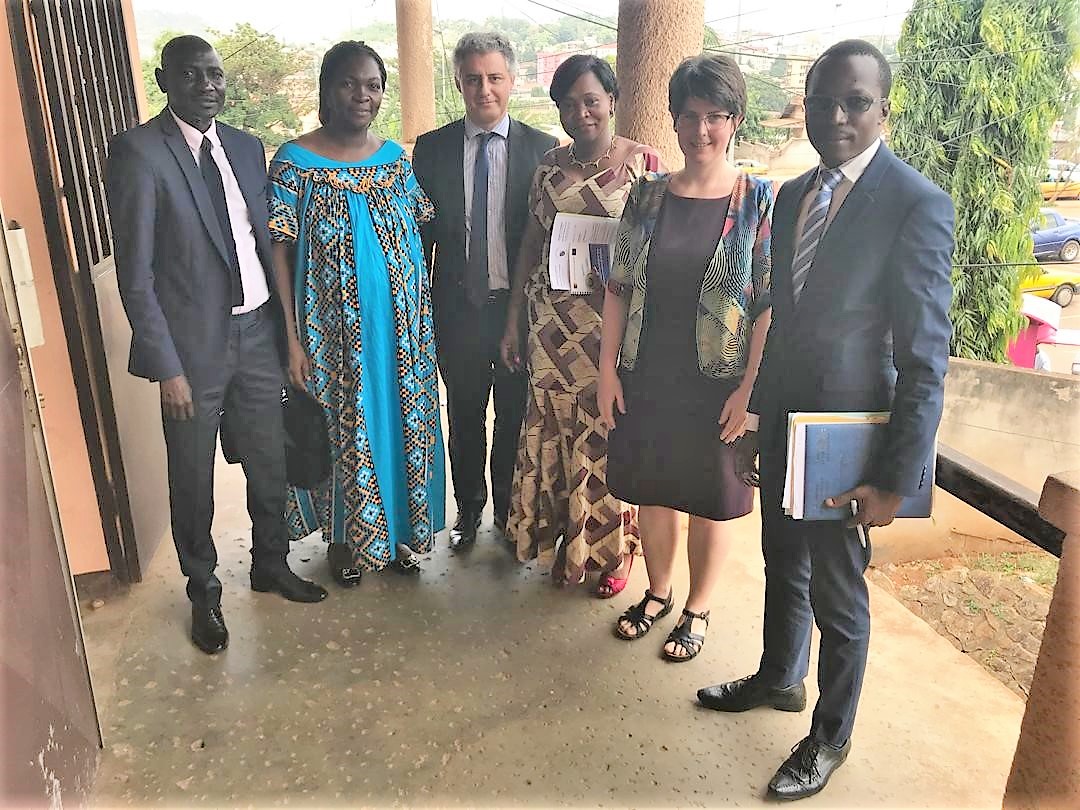 In June 2018, UNODC launched the illicit Arms Flows Questionnaire (IAFQ), UNODC's primary data collection tool for identifying and monitoring illicit firearms trafficking trends and patterns and for reporting on steps towards achievement of the arms component of SDG target 16.4, which calls on States, among other objectives, to significantly reduce illicit arms flows.

To facilitate the three countries' participation in this global exercise, UNODC held several sensitization meetings with high-level representatives of national authorities involved in weapons' seizures and in combatting firearms trafficking. During these meetings, UNODC experts emphasized the importance of systematic firearms data collection and analysis at national level for decision-making at policy and operational levels. Experts further explained some of the opportunities for the country resulting from this global exercise, including the identification of gaps as regards the scope of data that is being collected and the procedures in place to detect and investigate illicit firearms trafficking, as well as the contribution to an enhanced understanding of illicit arms flows by the international community. 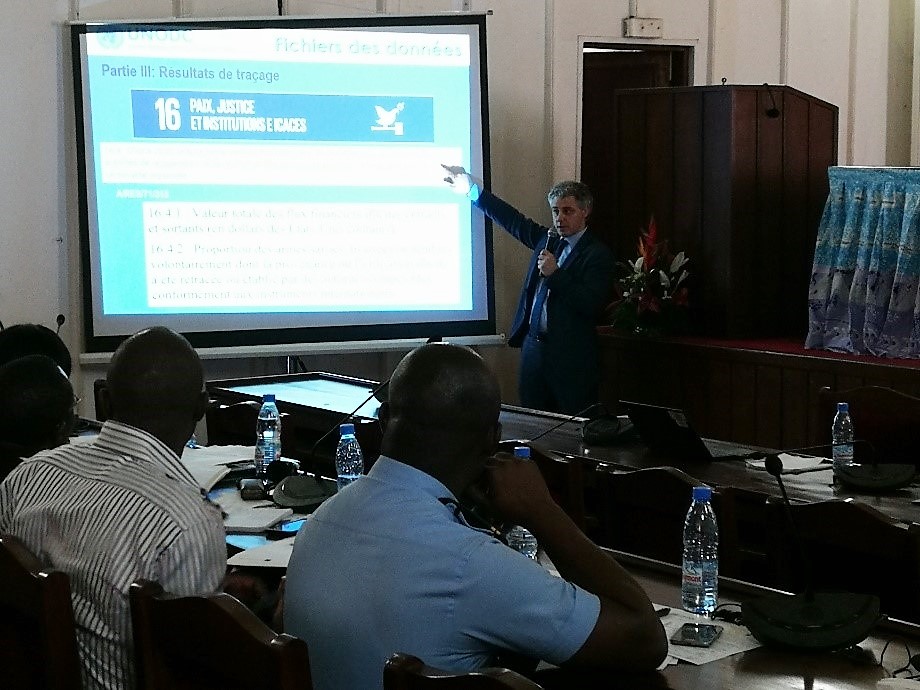 With the support of the respective bodies coordinating national efforts to counter illicit firearms trafficking, UNODC also organised working sessions to explain the IAFQ, to discuss the availability of the requested data, and to identify existing needs as regards the enhancement of protocols as well as capacities in firearms data generation, collection, centralisation and analysis.

Opening the working session in Yaoundé, the representative of the Ministry of External Relations underlined reliable data as a key to development and encouraged authorities to take ownership of the national data collection process on firearms trafficking, stating that " texts have been adopted, meetings were held, it is now time to take concrete action". During the working session in Niamey, the National Commission for the Control and Collection of Illicit Weapons (CNCCAI) of Niger explained the importance of collaboration among all present stakeholders to strengthen the evidence-base on firearms related criminality and identified the need of adopting a national project on the generation and centralisation of firearms data. The working session in Dakar allowed to have an in-depth discussion on the different types of firearms included in the IAFQ and demonstrated the importance of countries identifying correlations between the data collected at national level and the data collected at global level.

All three countries committed to centralise and share available data with UNODC via the IAFQ within the agreed timeframe.

The technical visits were carried out with the financial support of the European Union in the framework of the project " Supporting Global Data Collection and Analysis on Firearms Trafficking and Fostering Cooperation and Information Sharing, in particular Among Countries along Major Trafficking Routes to/from the EU".

For more information on the project:

Brochure on the GFP's Approach to SDG indicator 16.4.2 ( English, French )

Other activities related to this project: