From 26 June to 28 June 2019, UNODC Global Firearms Programme in collaboration with the NATCOM SALW of the Central African Republic, organized a 3 days legislative workshop. The overall objective of this first legislative workshop was to establish a drafting committee to develop a new law on the general regime of arms for the Central African Republic.

On the 26 June 2019, the workshop was opened by the President of the NATCOM. During the opening ceremony, the UNODC Programme Coordinator in Bangui, and the European Union counselor gave a speech. Mrs. Simonetta Grassi, head the Global Firearms Programme presented the objectives and methodology of the workshop. 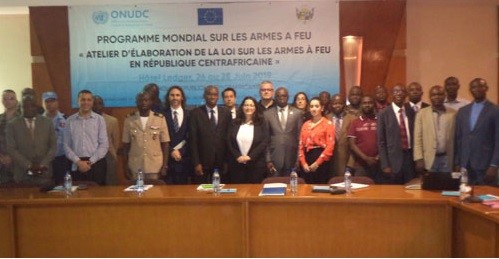 The opening ceremony was followed by different presentations on the international and regional legal framework, on the national legal framework and on the gap analysis of the national legislation on firearms with regard to the relevant international and regional instruments. The UNODC's experts then proposed a structure for the new legislation on arms and discussed the different chapters with the drafting committee. During the discussion, several issues were raised and clarified; among others the question on the surrendered weapons by the civilians to the government, the possession and the licensing system, the transfer regime.

On the last day, the workshop was concluded by the signature of the roadmap developed between the national authorities and the UNODC Global Firearms Programme to establish a list of priorities and areas of collaboration support the national authorities to fight the illicit manufacturing and trafficking of firearms. This roadmap was first discussed after the assessment mission conducted by the Programme in November 2018.

Main outcomes of the workshop:

-          Revision and analyse of the national legislation on firearms gaps with regard to the international and regional instruments;

-          Presentation of the structure of the new legislation on firearms that takes into account all aspects related to prevention, control and criminalization;

-          Establishment of a methodology and a provisional timetable for the drafting of the law; 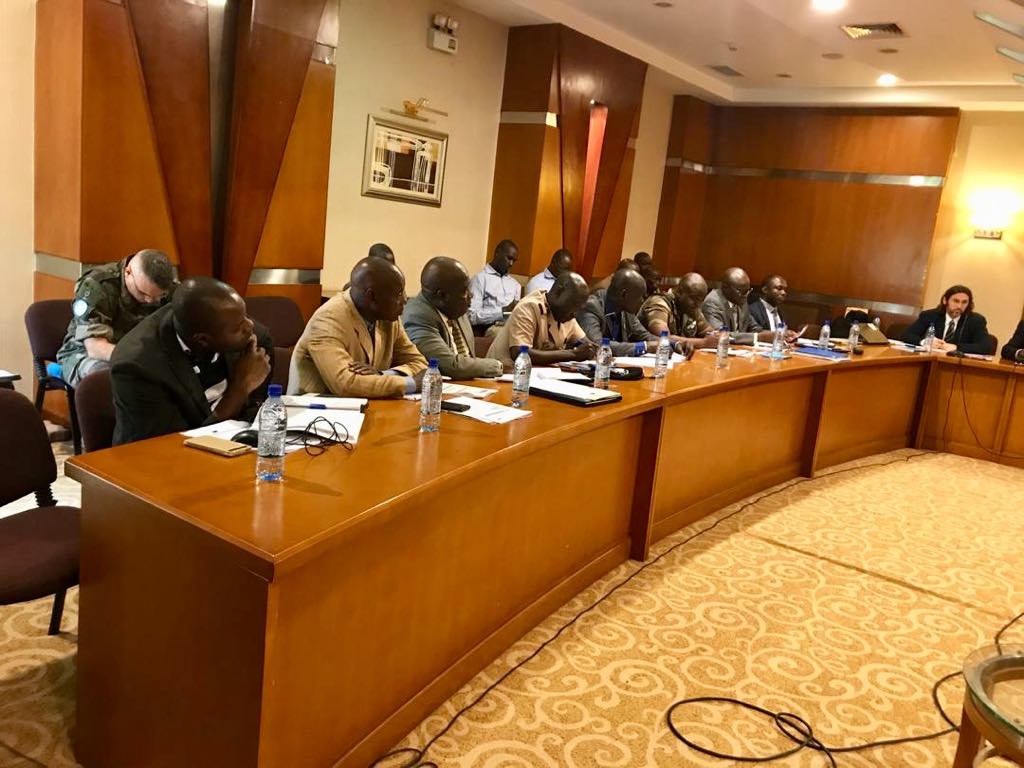 The legislative workshop was developed in the framework of UNODC's Global Firearms Programme and its sub-project "Countering transnational illicit arms trafficking through the implementation of the United Nations Convention Against Transnational Organized Crime and its Firearms Protocol" funded by the European Union.