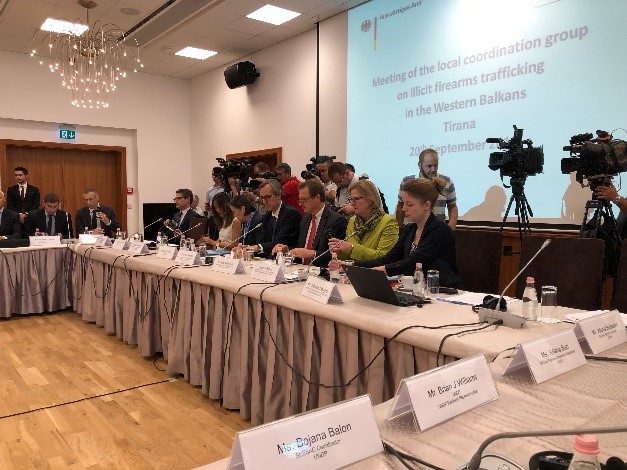 On 20 September 2018, UNODC's Global Firearms Programme (GFP) took part in the meeting of the local coordination group on illicit firearms trafficking in the Western Balkans, which was held in Tirana, Albania.

The meeting is a part of the process for developing national action plans for the implementation of the Roadmap for a sustainable solution to the illegal possession, misuse and trafficking of small arms and light weapons (SALW) in the Western Balkans by 2024.