16 February - While the Global Firearms Programme (GFP) actively promotes the participation of women in its activities, a women exclusive audience is hard to find when it comes to discussing firearms trafficking, arms control and disarmament. The GFP was therefore very happy to contribute to the OSCE Scholarship for Peace and Security training course on arms control, which was organized in the framework of the Disarmament and Non-proliferation (DNP) Education Partnership in Vienna, Austria, by the Organization for Security and Cooperation in Europe and the UN Office for Disarmament Affairs from 12 to 16 February 2018.

The training course brought together 50 young women scholars from more than 30 OSCE Member States, and was embedded in a broader training initiative that comprises online and in-person courses on arms control, disarmament and non-proliferation. 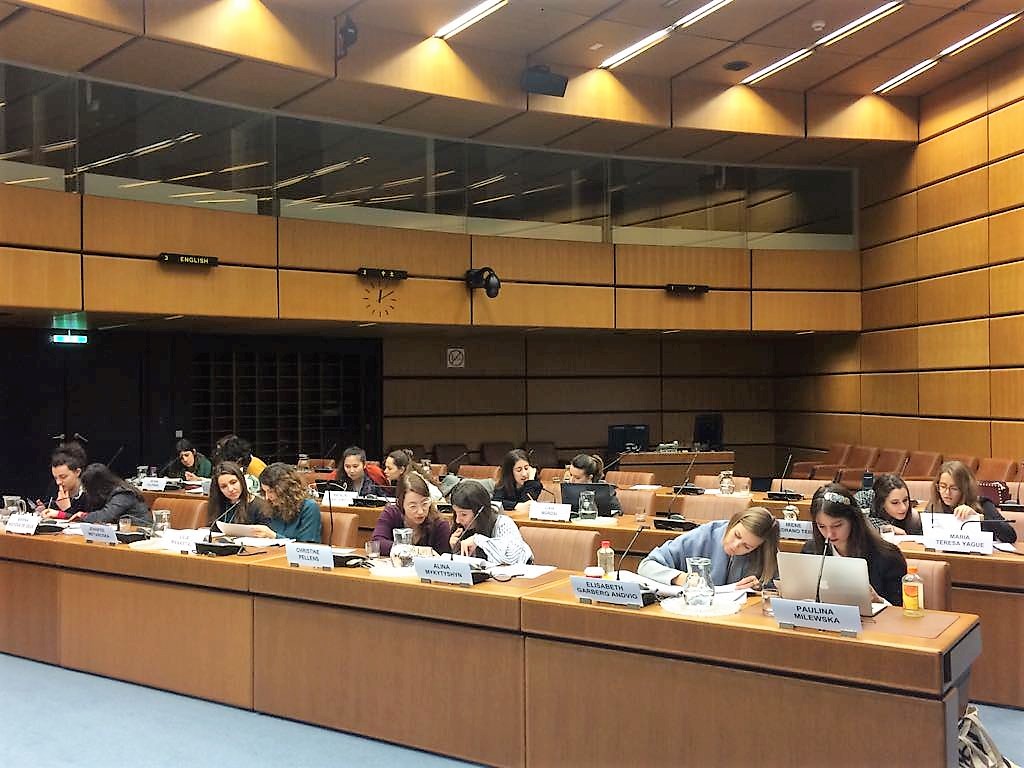 UNODC, as member of the DNP Education Partnership, through its GFP, presented UNODC's approach to firearms, including, among others, the Firearms Protocol and its parent Convention, the GFP's integrated five pillar approach, and its links to the 2030 Agenda for Sustainable Development and in particular Goal 16.4. Highlighting the complexity of countering illicit trafficking in firearms, their parts and components and ammunition, and underscoring its interconnectedness with other forms of organized and serious crimes, including terrorism, the GFP called for proactive investigation approaches that help to detect cases of illicit firearms trafficking and support the identification of firearms trafficking trends and patterns.