Information briefing to Member States on the Global Firearms Programme 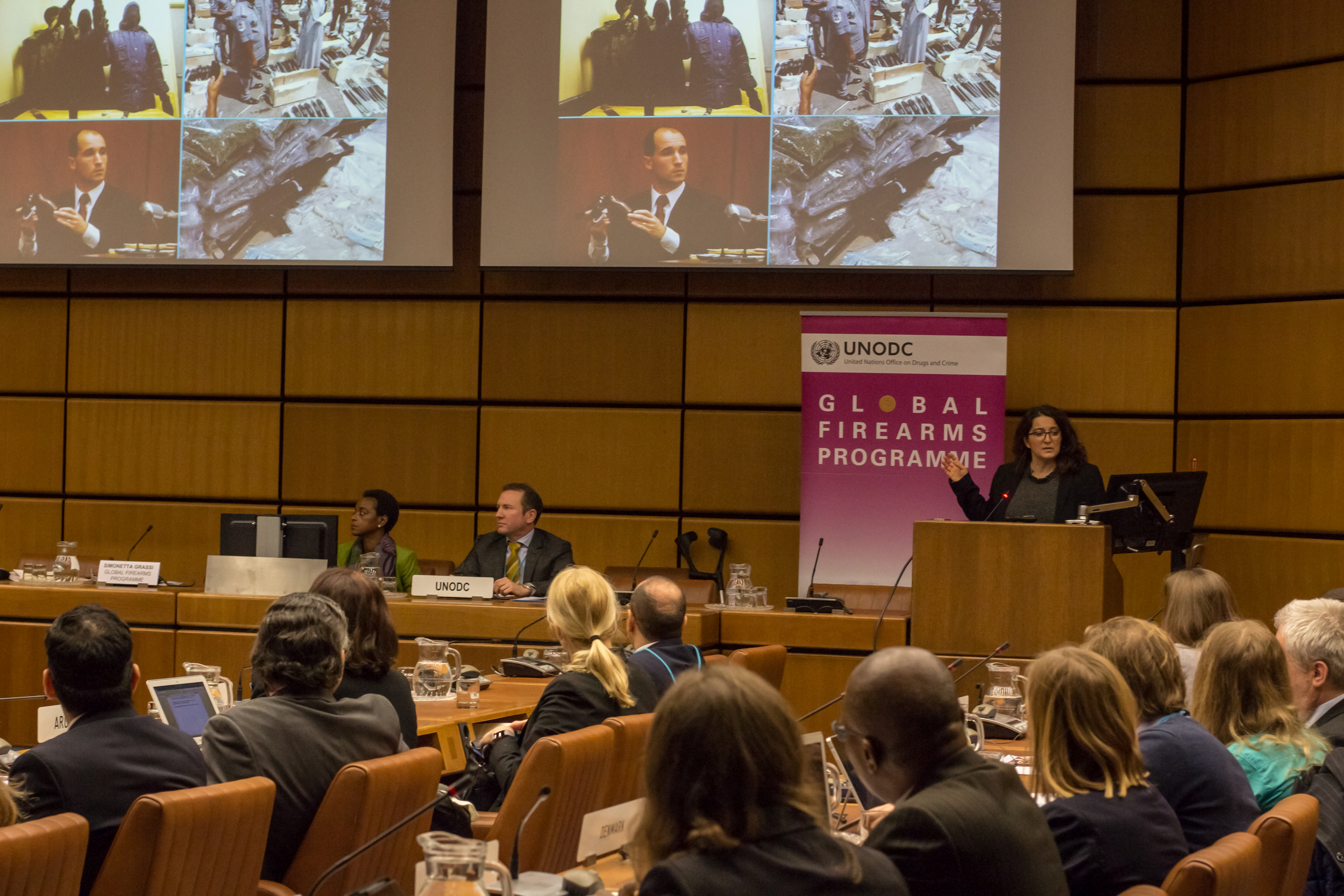 Ms. Loide Aryee, Chief of the Organized Crime and Illicit Trafficking Branch opened the meeting with remarks on the Global FirearmsProgramme and its efforts in assisting governments to fight the illicit manufacturing and the illicit trafficking of firearms. She highlighted the cross-border and transnational nature of illicit trafficking in firearms and the need of coherent and concerted efforts in order to prevent organised crime and terrorist groups from acquiring weapons. She was followed by Mr. Wolfgang Aigner, External Relation Officer from the Division of Policy Affairs, who stressed the importance of the adequate donors' coordination with Global Programmes and with the field offices.

Ms. Simonetta Grassi, head of the Global Firearms Programme presented the integrated approach of the Programme through its five pillars as well as the main achievements and highlights since 2011.She underscored the complex and interconnected nature of illicit firearms trafficking and the need for integrated and holistic responses. The GFP initiated its work in West Africa and South America and expanded rapidly to other regions reaching in 2017 also the Balkans and the Maghreb region. The GFP reached more than 48 countries in Africa, Asia and Latin America through its activities. Among the highlights of the programme, Ms Grassi referred to the legal assistance provided to 23 countries since 2011, as well as the support for marking firearms and effective record keeping in West Africa and Sahel, the strengthening of border control and the support for the implementation of import marking of firearms in the Balkan region.

Mrs Grassi further addressed the plans of the Program for the next quinquennium 2018-2022. One  important priority issue that the GFP will pursue is the links to other threats, in order to help Member States preventing terrorists and Organized Crime groups to acquire weapons, as well as other threats, such as the use of internet for the purpose of trafficking inter alia. A special mention was also made to the global efforts of the programme to develop and roll out a mechanism to collect and analyse data on firearms on a regular basis, and to monitor and report also on the achievement of Sustainable Development Goal 16.4.