The Government of Italy and the UNODC Global Firearms Programme host a side event on fighting illicit trafficking of firearms and monitoring SDG 16.4: From data Collection to Effective Action 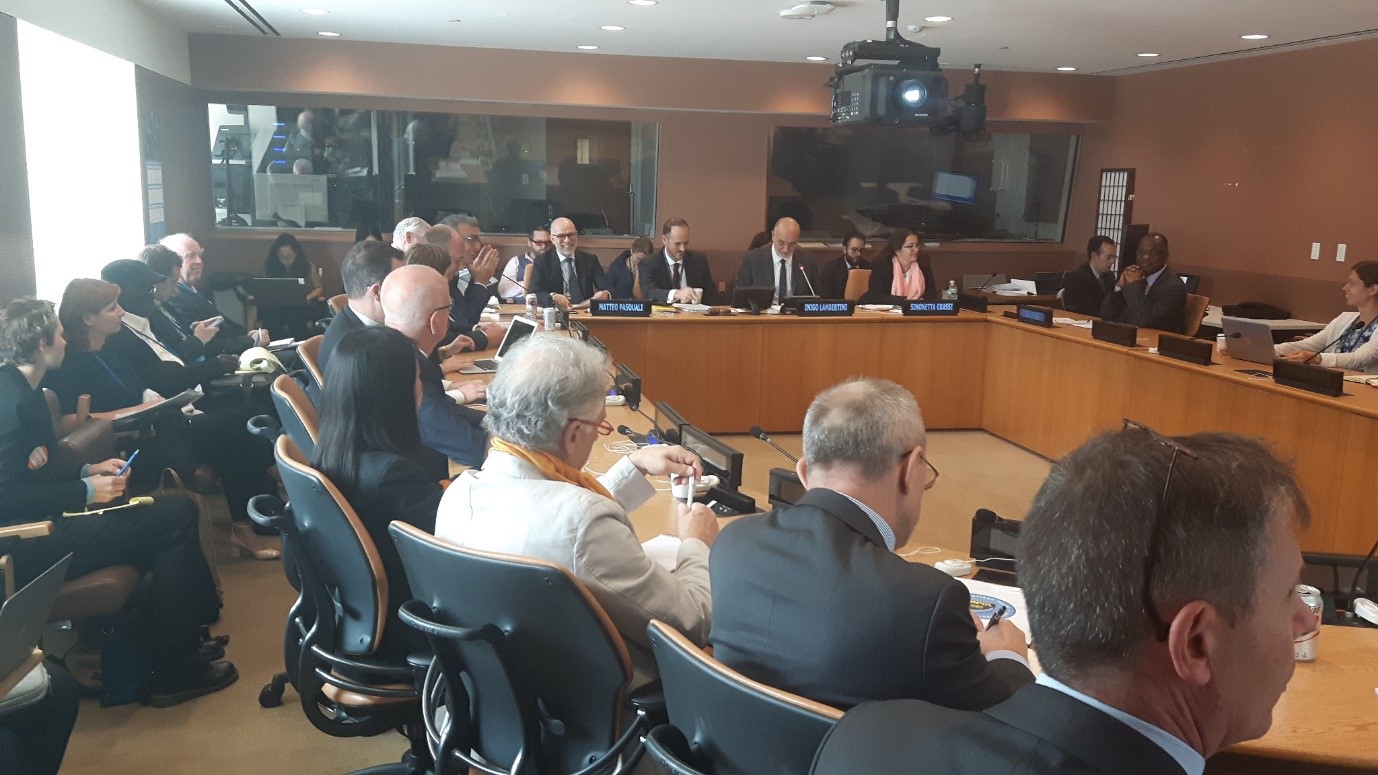 On 22 June 2018, the Government of Italy in cooperation with the UNODC Global Firearms Programme hosted a joint side event in the margins of the Third Review Conference on the UN Programme of Action on Small Arms and Light Weapons to discuss experiences in translating firearms data into concrete action against the illicit trafficking in firearms and in monitoring SDG target 16.4.

Opening the event, H. E. Ambassador Inigo Lambertini, Deputy Permanent Representative of Italy to the United Nations in New York emphasized that combatting illicit arms trafficking is crucial for the achievement of several of the SDGs, and highlighted that reliable data on illicit firearms flows is required as basis for devising efficient policies to counter this phenomenon. Also speaking during the opening session, Mr. Matteo Pasquali, Deputy Representative of the UNODC Liaison Office in New York, called on all stakeholders to counter illicit firearms trafficking and illicit financial flows as common and crosscutting elements of organized crime. 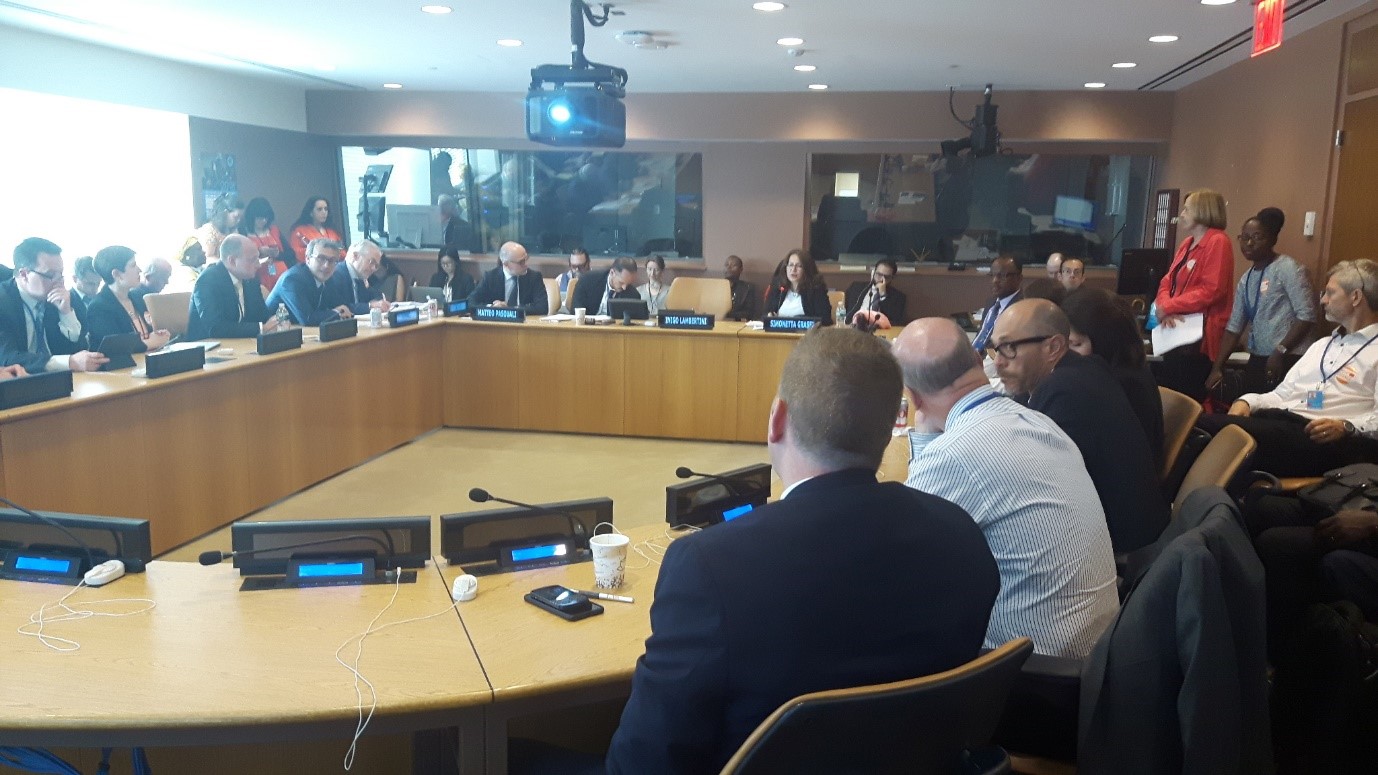 Ms. Simonetta Grassi, Head of the Global Firearms Programme, presented two tools that can help to monitor achievement of target indicator 16.4.2: The United Nations Illicit Arms Flows Questionnaire, which was developed with the financial support of the European Union, as well as a Digest of Illicit Firearms Cases. Ms. Grassi further reminded participants that UNODC, as co-custodian of target indicator 16.4.2, launched the official data collection cycle on 14 June 2018 and encouraged all Member States to participate in this important exercise.

Mr. Valerio Cendali Pignatelli of the Italian Ministry of Foreign Affairs and International Cooperation presented national experiences in countering firearms trafficking and illicit financial flows and explained that Italy detected a clear connection across criminal activities between trafficking in drugs, firearms and humans. He emphasized the need for more structured data to combat these as well as emerging threats such as trafficking via the dark net and underlined the importance of the UNODC data collection initiative. 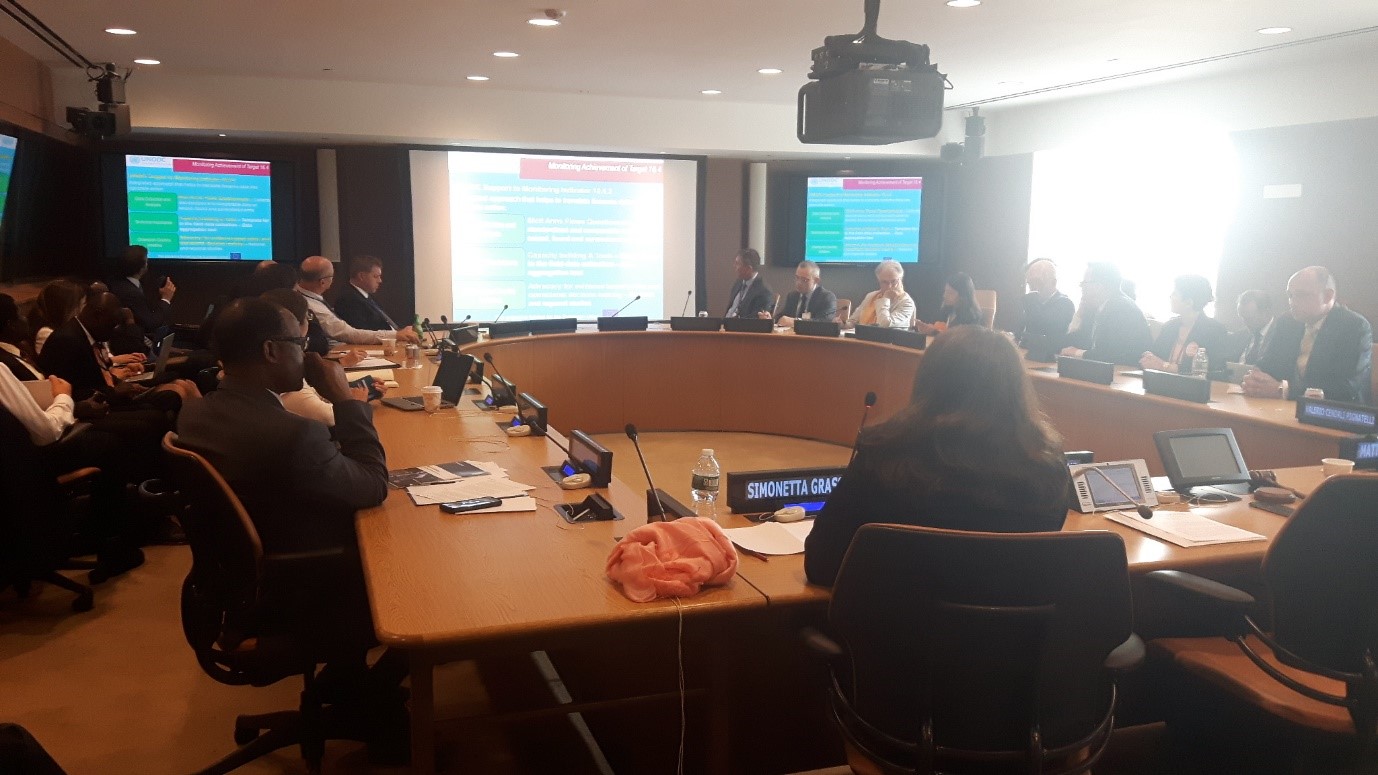 Also speaking at the event, Mr. Ivor Fung of the UN Office for Disarmament Affairs (UNODA) elaborated on the cooperation between the UNODC and the UNODA and explained, among others, that the new Secretary General's Disarmament Agenda "Securing our Common Future", which was launched in May 2018, guides Member States and technical assistance partners in developing more long term and sustainable programmes and approaches on disarmament and arms control.

Lastly, in his closing remarks, Mr. Frank Meeussen of the Disarmament, Non-Proliferation and Arms Export Control Service (SECPOL1) of the European External Action Service highlighted the need for comprehensive approaches to tackle the illicit trafficking in firearms and achieve target 16.4 of the 2030 Agenda for Sustainable Development. In this context, he explained that the EU, through their External Action Service and departments of the EU Commission, aims to interlink different actors and agencies working on the implementation of the Firearms Protocol, the Arms Trade Treaty and the UN Programme of Action on Small Arms and Light Weapons, among others.

For more information on the topic, please visit:

Presentation by the Global Firearms Programme

Presentation by the Representative of Italy