29 November 2017 - From 29 to 30 November, UNODC's Global Firearms Programme jointly with the Government of Panama, organised a regional meeting for Member States from Latin America with a view to enhancing national and international data collection and analysis efforts in order to monitor illicit firearms trafficking flows. The meeting took place in Panama at the National Police Conference Centre. 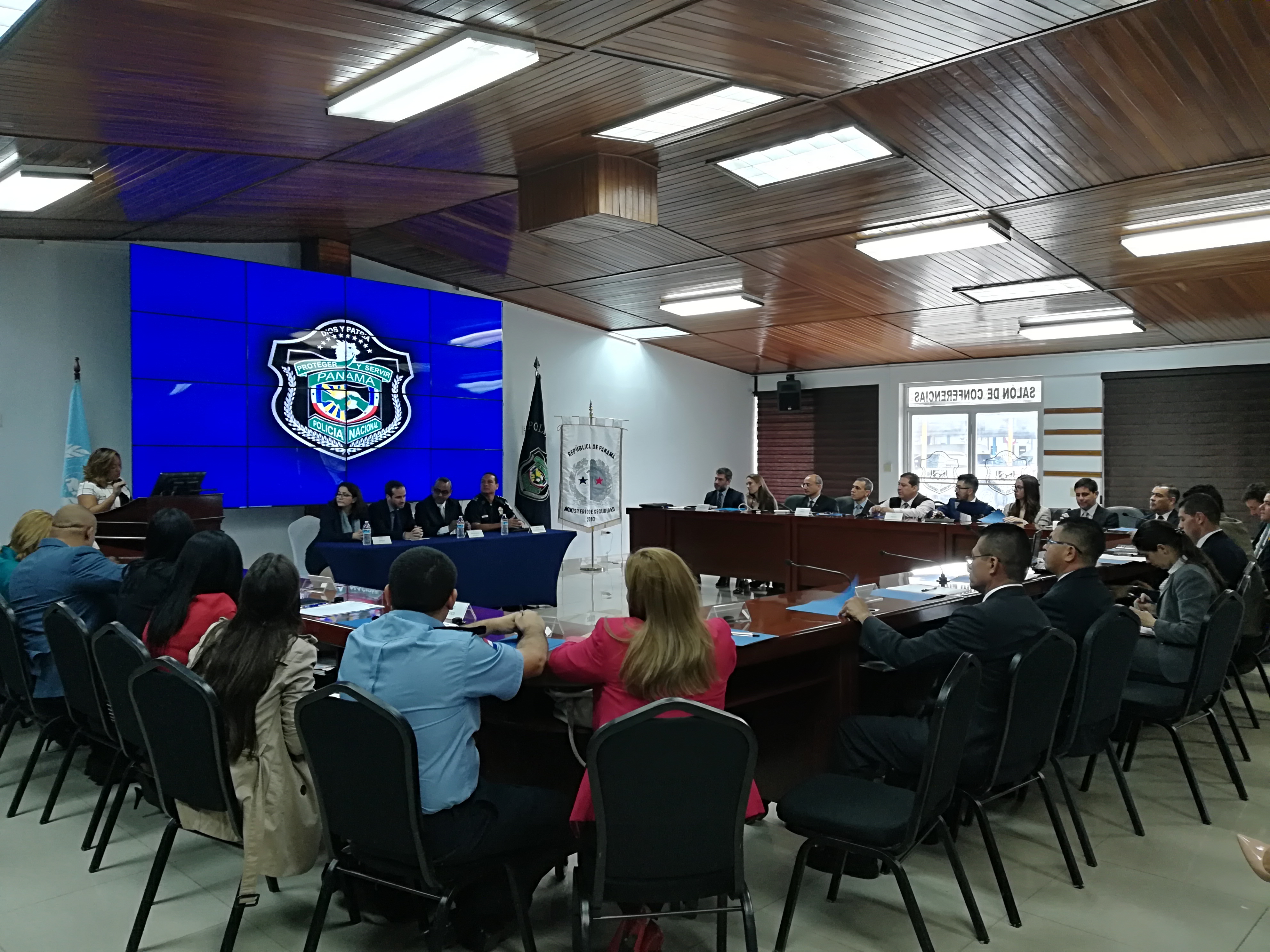 The meeting brought together thirty-six representatives from national arms control agencies in charge of firearms registries and data collection, as well as investigators, prosecutors and police, from fourteen countries (Argentina, Bolivia, Brazil, Chile, Colombia, Costa Rica, Cuba, Dominican Republic, El Salvador, Mexico, Panama, Paraguay, Peru, and Uruguay) attended the meeting. UNODC experts from the Global Firearms Programme and from the Mexico-based Centre of Excellence for Crime Statistics on Governance, Victims of Crime, Public Security and Justice (jointly supported by UNODC's Research and Analysis Branch and the government of Mexico), Interpol experts, and experts from the Integrated Crime Statistics System of Panama (SIEC). 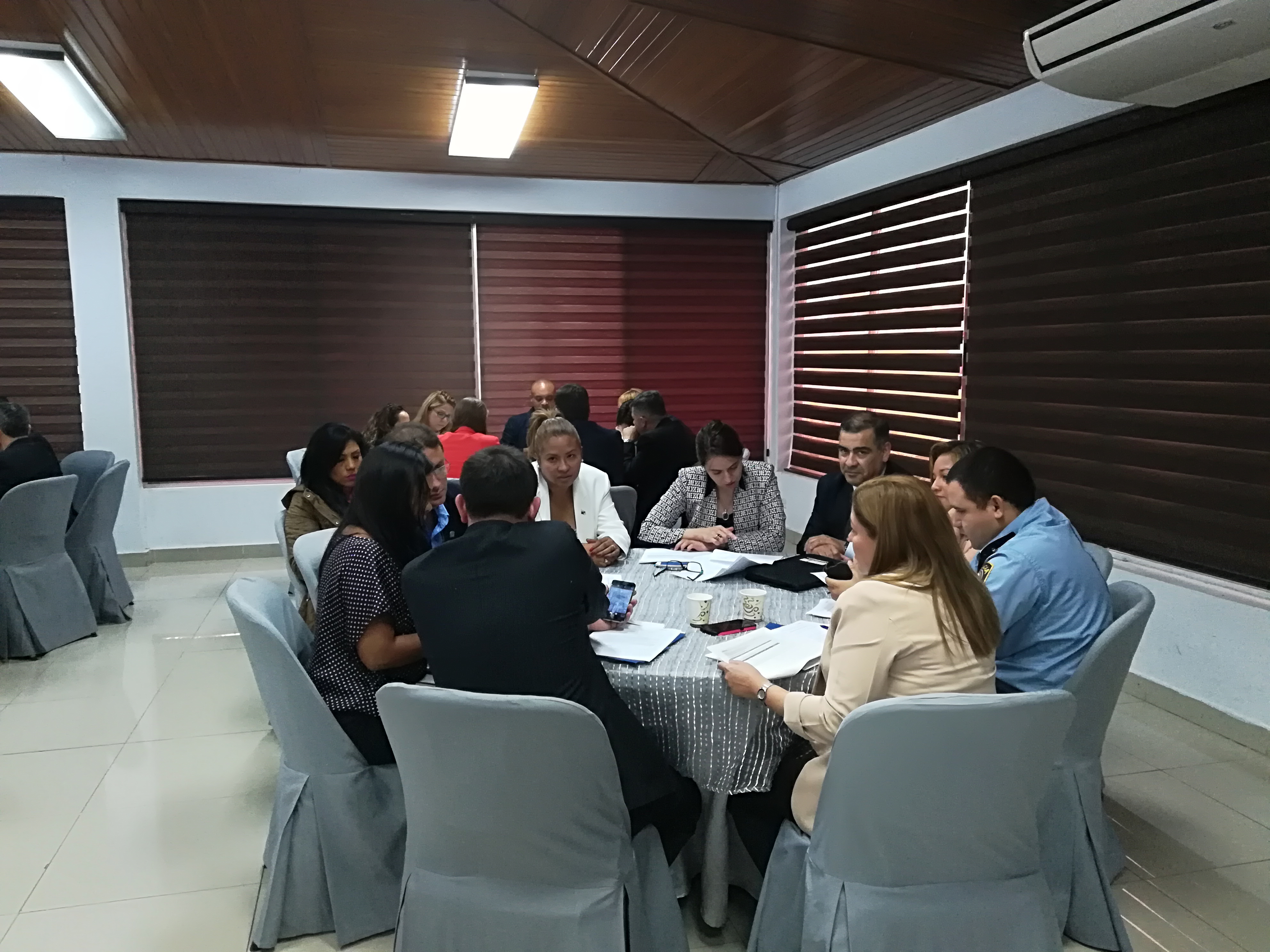 The meeting sought to raise awareness about the importance of efficient data collection and analysis for monitoring and understanding the modalities of illicit firearms trafficking flows. The strengthening of data collection methods forms an integral part of the mandate of UNODC and its Global Firearms Programme, which seeks to collect and analyse data on a systematic basis to develop and share knowledge on trends and patterns of firearm trafficking with the Member States.  The meeting equally envisaged to develop a basis for the monitoring and achievement of Sustainable Development Goal target 16.4, which aims at 'significantly reducing […] arms flows […] and combating all forms of organized crime', and for which UNODC is custodian agency together with the UN Office for Disarmament Affairs (UNODA).

During the two days meeting, UNODC presented its updated data collection methodology and discussed how it can work with States and other partners in order to better collect data on seized, found and surrendered firearms.  Member States highlighted challenges in data collection and monitoring illicit trafficking flows and pointed to potential opportunities for improvement. The interactive approach of the meeting, which included a practical exercise on filling out questionnaires, facilitated the exchange of views and experiences among the experts. The upcoming launching collection phase, following the pilot test exercise of the questionnaire, will be scheduled for 2018. Participants discussed also the importance of using a standardized tool for monitoring illicit arms flows and measuring the attainment of Sustainable Development Goal target 16.4, which aims at significantly reducing […] arms flows […] and combat all forms of organized crime, and its target indicator 16.4.2 ( "Proportion of seized, found or surrendered arms whose illicit origin or context has been traced or established by a competent authority in line with international instruments") and for which UNODC, along with the UN Office for Disarmament Affairs (UNODA), are co-custodians. 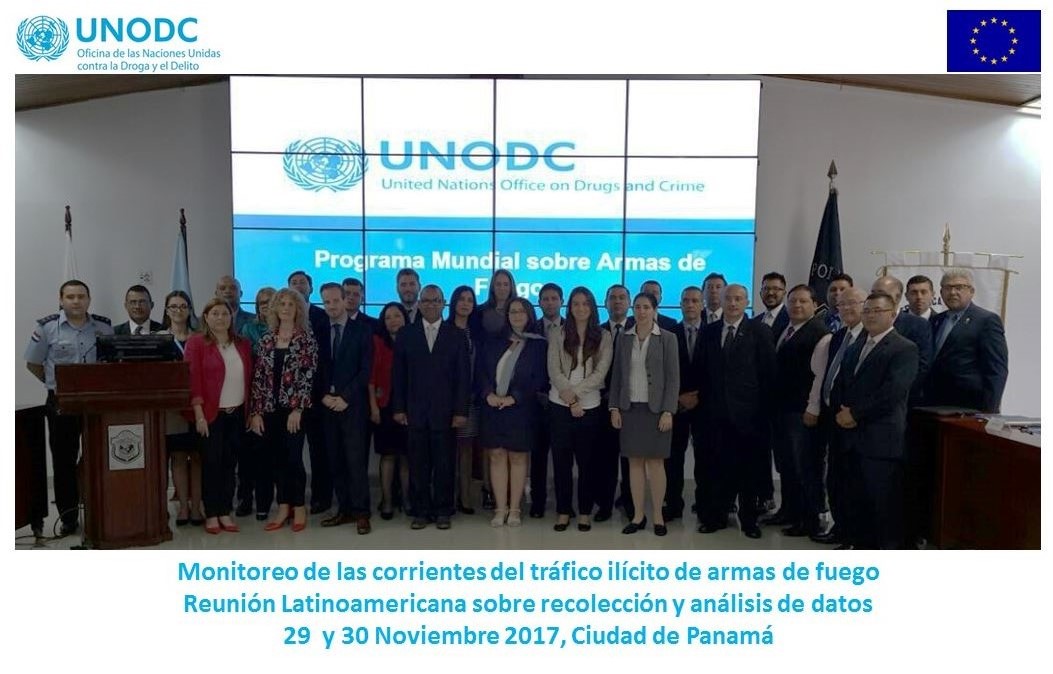 This meeting for Latin American Member States was the second of a series of meetings organized by UNODC as part of its EU-funded project to support global data collection and analysis on firearms trafficking and promote information exchange and cooperation among trafficking routes. The first meeting took place in Addis Ababa in September 2017 and involved Member States from the African region. The regional meeting for Latin American Member States was entirely funded from the European Union (DG Home).