This workshop was following up on a first activity organised by the Global Firearms Programme in November 2016 in N'Djamena, which aimed at reviewing and assessing the national legal framework and promote the ratification and implementation of the Firearms Protocol by Chad, as well as to explore the synergies between relevant international and regional instruments and their transposition requirements. In this connection, GFP experts also presented a legislative assessment and a gap analysis of the national legislation and presented relevant tools to support legal drafting efforts, such as the UNODC model law on firearms. As a result national experts decided to develop a comprehensive law on firearms which would replace the existing norms and regulations of 1961, and agreed on a tentative structure and content for this new law. Based on this, the committee started also the actual drafting of the new law. Given the shortage of time, the committee requested UNODC to conclude the draft based on the agreed content, and to convene a second meeting in the course of 2017 to finalize the draft.

The second workshop was aimed at the finalisation of this work. During the second workshop, legal experts revised and validated the agreed structure and the work conducted in 2016, and finalized the review of a draft law.

With the new draft law Chad brings its national legislation in line with relevant international and regional instruments in the field of arms control, and its legal obligations, in particular the United Nations Convention against Transnational Organized Crime (Palermo Convention) and its additional Protocol against the Illicit Manufacturing of and Trafficking in Firearms (Firearms Protocol), the Arms Trade Treaty (ATT) and the Central African Convention for the Control of Small Arms and Light Weapons (Kinshasa Convention).

The draft law introduces a comprehensive legal regime for all arms, and includes both civilian arms as well as arms belonging to the defence and security forces (conventional and SALW). Highlights of the draft law includes the establishment of a national commission and a national point of contact on matters related to the Firearms Protocol inter alia. The draft law takes also the newly adopted criminal code into account and further develops its criminalization provisions regarding illicit manufacturing and trafficking of firearms in order to include them in the draft law.

The draft law will be revised and edited in the coming weeks. A regulation will be developed as well as an explanatory notes, to support the further legislative development process.

UNODC was requested by the legal drafting committee to continue to support the process until the final adoption of the law, and to this end, to seek to organize high level meetings with the National Assembly and with relevant ministers in order to raise the awareness on the international legal regime and thus support the legislative reform process. 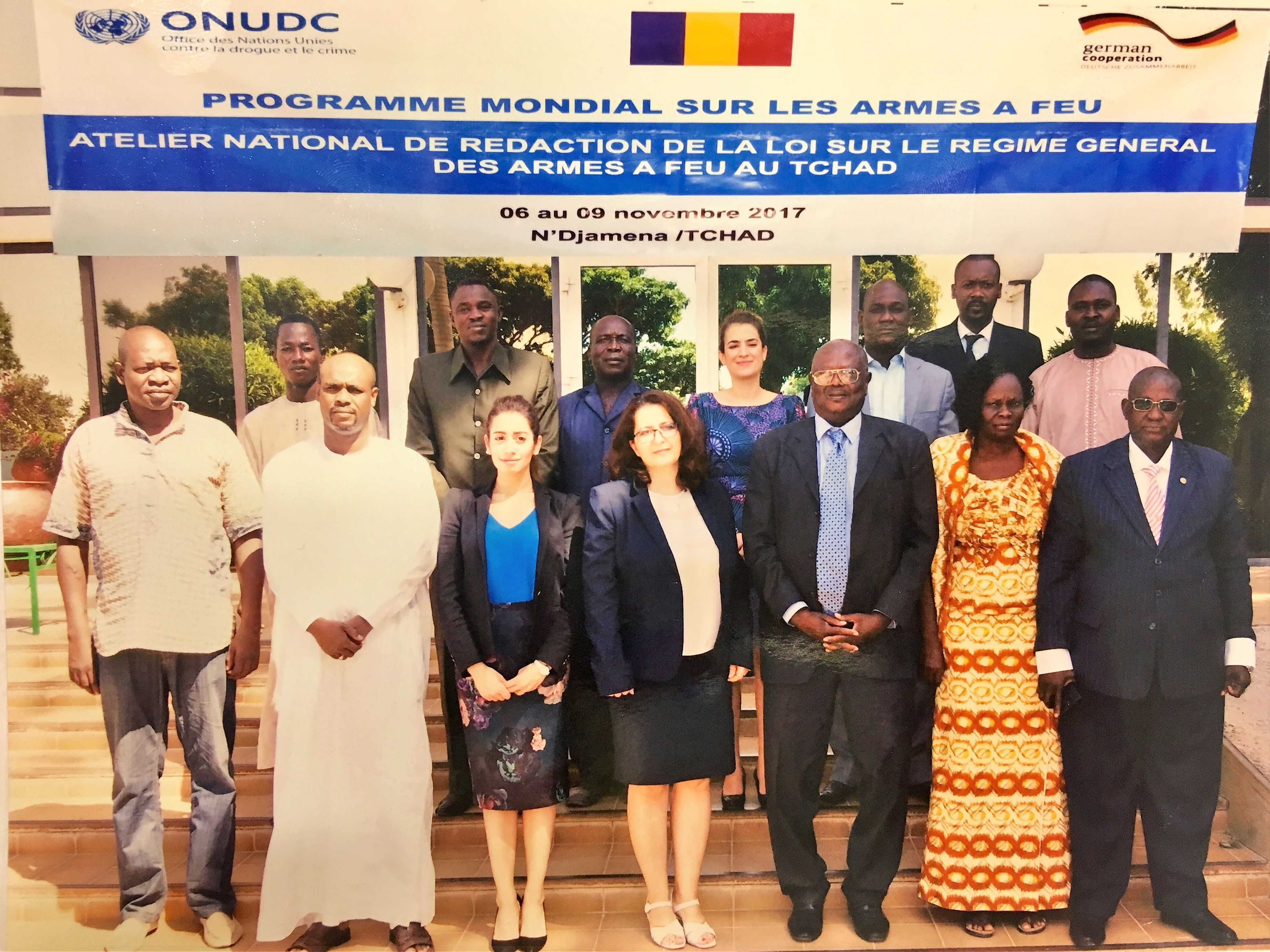 The legal workshop was developed in the framework of UNODC's Global Firearms Programme and its sub-project "Countering illicit arms trafficking in the Maghreb-Sahel regions" funded by Germany.