On 23 October 2017 UNODC's Global Firearms Programme (GFP) organized a study visit for five officials from Bosnia and Herzegovina (BiH) and two officials from Serbia to Vienna Proof-House. Both BiH and Serbia are in the process of developing and implementing procedures for marking of imported firearms, which improves their capacity to conduct domestic tracing. The Ministry of Foreign Trade and Economic Relations of BiH has established an inter-departmental Working Group for the implementation of the Law on Marking of Firearms, which includes representatives from the Ministry of Defense and Ministry of Interior. Currently the Working Group is drafting the regulations, which will implement Law's provisions. Serbia has also initiated the process for drafting a Law on Marking of Firearms and formed a Working Group under the auspices of the Ministry of Interior. 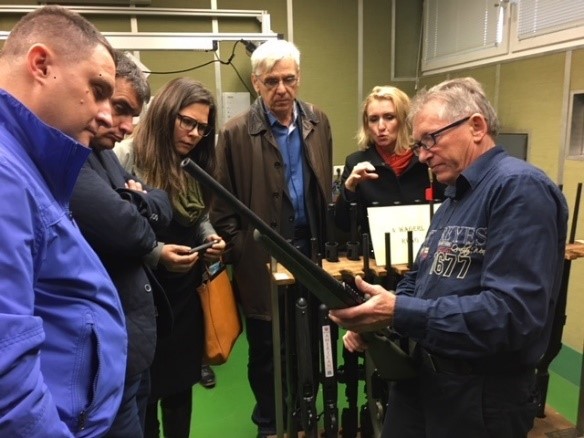 The goal of the visit was to acquire information about the procedures and methods used by Vienna Proof-House to mark firearms, which are imported in Austria. During the course of the visit, the officials from BiH and Serbia received information about the organization of the marking process, including the responsibilities of the parties involved in the process, the cooperation with industry, the resources and organizational structures required to implement the marking of firearms. Further, the delegations learned about the methods of marking and testing of firearms at the Vienna Proof-House and witnessed several demonstrations. They took note of the various marks applied by the Vienna Proof-House and the procedures for record-keeping of information on marked firearms. Mr. Hallusch, Head of Vienna Proof-House, demonstrated the equipment for marking and testing of firearms and provided thorough information on the technical specifications, follow-up modifications and adjustments, which have improved the efficiency of the marking process and have made it cost-effective. 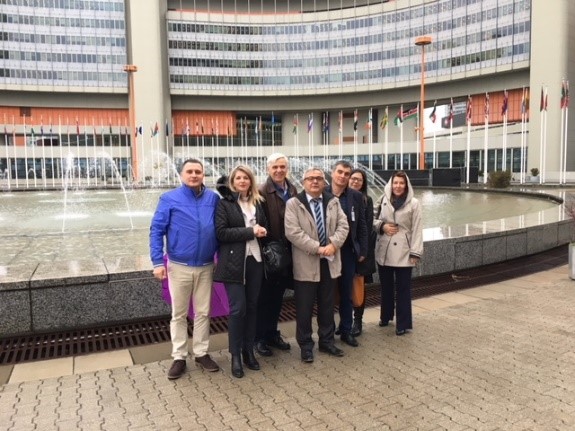 UNODC GFP will follow up on this activity by organizing two workshops in BiH and Serbia to present a report on regulations and best practices of import marking for the purpose of tracing firearms. The report summarizes the national experiences from countries with legislation on import marking, and provides further examples and recommendations. The study trip was organized with the financial support from Germany.