On 23 March in Belgrade, UNODC's Global Firearms Programme took part in the Regional Steering Group Meeting on SALW, organized by the United Nations Development Programme's project "South-East European Clearinghouse for Small Arms Control (SEESAC)". The meeting was attended by representatives from the National Commissions on SALW from Albania, Bosnia and Herzegovina, Montenegro, Moldova, Serbia and the former Yugoslav Republic of Macedonia. In the meeting participated officials from several international organizations, including the OSCE, NATO, CELEC, RACVIAC, and the Regional Cooperation Council. 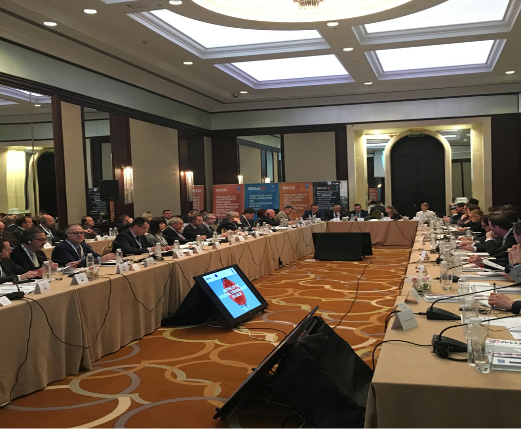 During the meeting UNODC briefed the participants on the main activities of the Global Firearms Programme, presented its work in the Western Balkan countries in 2017 and shared the plans for activities in 2018. UNODC highlighted its data collection efforts as an overarching theme and the focus on supporting further the community of practitioners in the region. UNODC stressed also that it will provide added value towards the on-going efforts to combat firearms trafficking through its work on detection of trafficking at land border crossings and working with criminal justice practitioners on investigation and prosecution of firearms trafficking cases.