The Government of the United Kingdom, RAND Europe and the UNODC Global Firearms Programme and Global Programme on Cybercrime discuss illicit arms trafficking on the hidden web

On 23 May 2017, the Government of the United Kingdom, RAND Europe and the UNODC Global Firearms Programme and Global Programme on Cybercrime organized a joint side event to the 26 th session of the Commission on Crime Prevention and Criminal Justice entitled " Web-based Arms Trafficking: Investigating the illegal trade of firearms through the hidden web".

The main aim of the event was for RAND Europe to present research results on arms trafficking on the hidden web and for other speakers to share their related experience and analysis of policy implications.

During his opening remarks, Mr. Nick Gray, Division for Drugs & Firearms Policy, Strategic Centre for Organised Crime of the Home Office UK referred to recent cases of attacks that were carried out with weapons purchased on the hidden web. Mr. Tofik Murshudlu, Chief of the UNODC Implementation Support Section of the Organized Crime and Illicit Trafficking Branch revealed in his remarks that the UNODC 2015 Study on Firearms indeed showed that firearms trafficking on the 'surface web' as well as the 'hidden web' constituted trafficking modalities used by criminals.

Dr. Giacomo Persi Paoli, Research Leader at RAND Europe explained that the aim of their research project, which was the first empirical investigation of firearms trafficking on crypto markets and will be published in mid-June 2017, is to provide an evidence-based assessment of the nature and scale of the online illegal supply and trade of firearms, including their parts, components and ammunition, and explosives. He provided details on the type, price and revenue analysis of 811 recorded firearms-related listings and called for continued and expanded monitoring of trafficking on the dark web. 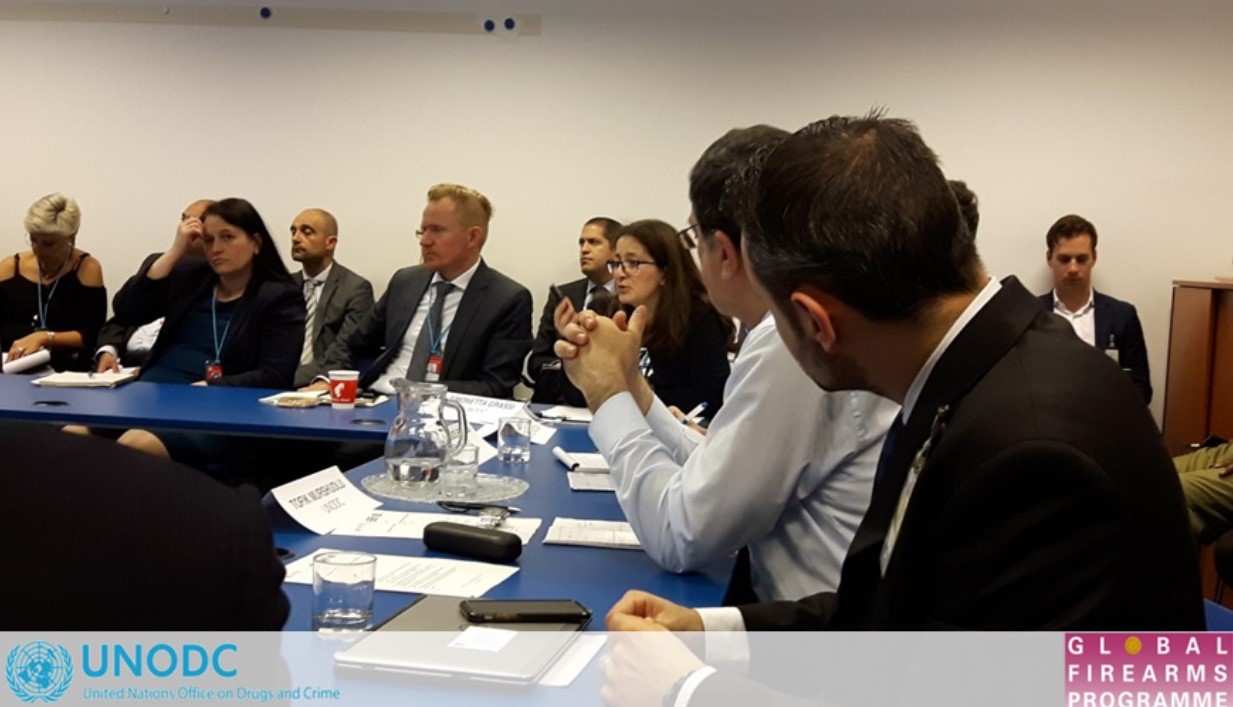 Mr. Georgios RASKOS, Coordinator of the Firearms Darknet Investigations of Europol, presented the Europol experience as regards arms trafficking on the hidden web and stated that, according to their experience, illicit trafficking on both the surface web and the dark web are increasing.

Ms. Simonetta Grassi, Head of the UNODC Global Firearms Programme, concluded the event by providing food for thought on the continued usefulness and applicability of the Organized Crime Convention and its supplementing Firearms Protocol to cases of firearms trafficking on the hidden web. 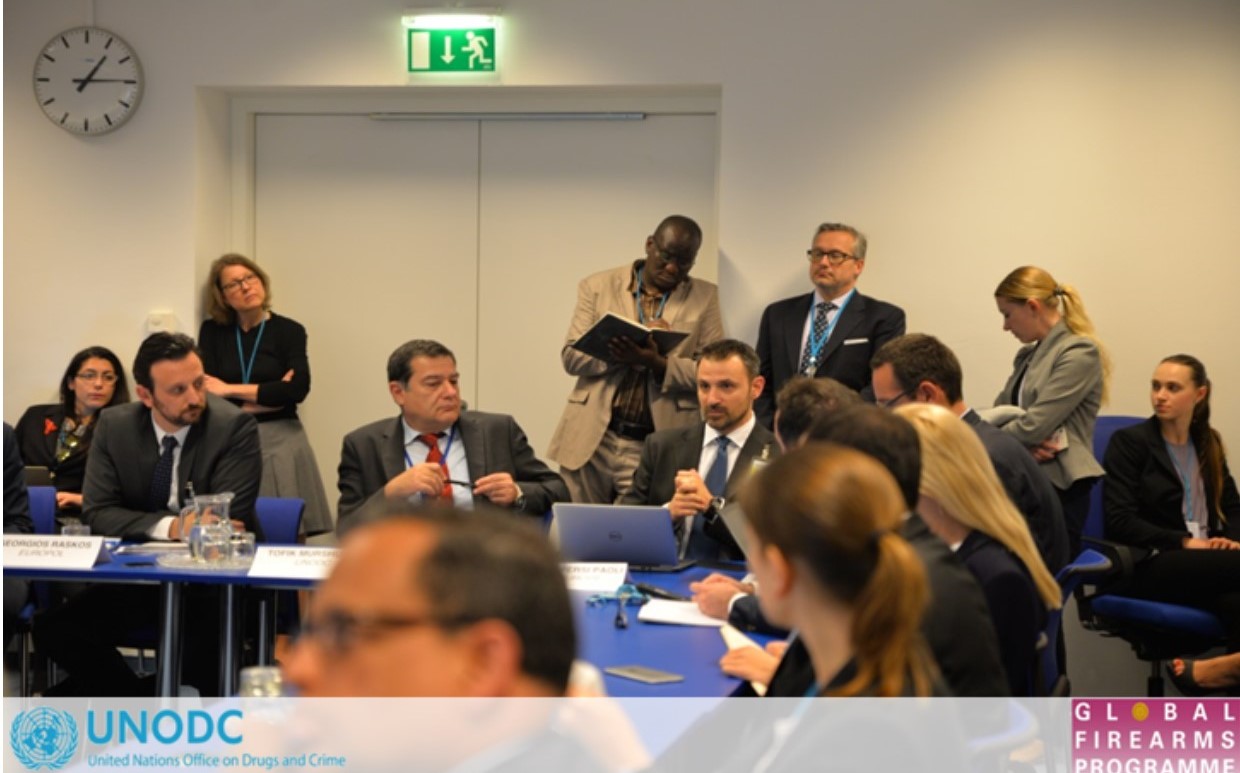 Underlining the need to further analyse the policy implications of the phenomenon, all experts agreed on the need to develop a comprehensive approach to tackle the phenomenon and for law enforcement agencies to adapt their investigative techniques from the 'real life' to the virtual world and the changing criminal environment, considering the modus operandi used in web transactions, such as parcel deliveries of the procured items and the use of cryptocurrencies such as bitcoins as payment modality.

The event was organized as continuation of the discussion on the topic initiated at a side event to the 8 th Conference of the Parties to the Organized Crime Convention in October 2016.

Head of the Global Firearms Programme