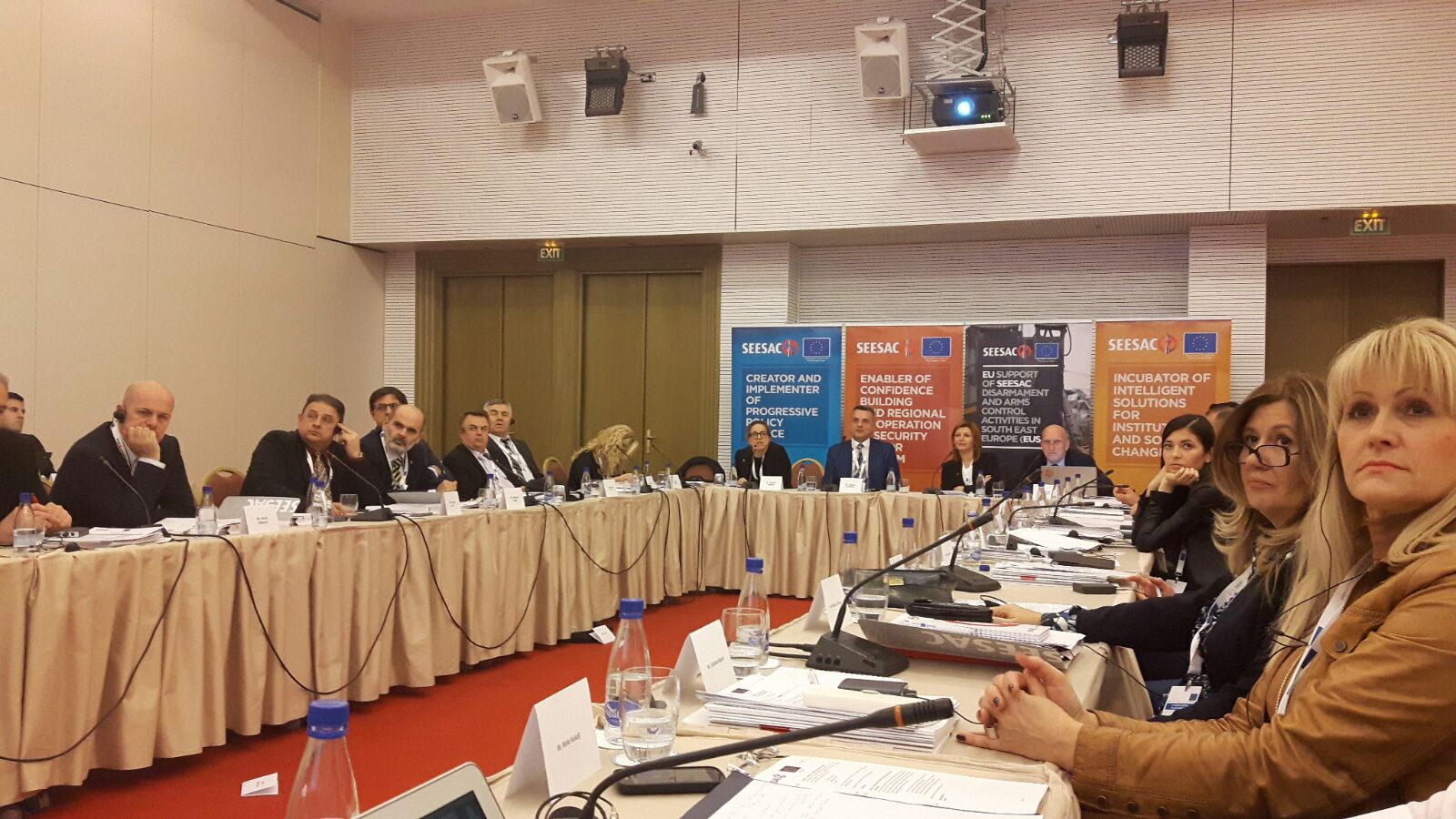 From 5 to 6 December 2016, UNODC, through its Global Firearms Programme, participated in the 6th Regional Meeting of Small Arms and Light Weapons (SALW) Commissions which was organised by the South Eastern and Eastern Europe Clearinghouse for the Control of Small Arms and Light Weapons (SEESAC) in Budva, Montenegro. The objective  of the meeting was to foster the regional information exchange process on SALW, bringing together representatives of SALW Commissions from Albania, Bosnia and Herzegovina, Moldova, Montenegro, Kosovo*, Serbia, and the former Yugoslav Republic of Macedonia.
UNODC seized this opportunity to stress the importance of monitoring illicit arms flows through comprehensive data collection and analysis in relation to firearms trafficking, to present its 2015 Study on Firearms [hyperlink to the study] and to explain the ongoing review of the data collection methodology, taking into account target 16.4 of the United Nations Agenda for Sustainable Development.
The largely unknown size, patterns and routes of illicit trafficking in firearms constitutes an important challenge for national authorities in the development of appropriate and efficient strategies at policy and operational level to counter their illicit trafficking and related forms of organized crime. One of UNODC's 2015 Study on Firearms goals was to shed some light on this problem, through the collection and analysis of data on seized and traced firearms, their parts and components and ammunition. UNODC was mandated to continue to collect firearms trafficking related data on a regular basis, in cooperation with Member States and relevant organizations and to support the monitoring of the new UN SDG 16.4, which calls on States to, "by 2030, significantly reduce illicit financial and arms flows […] and combat all forms of organized crime".
In September 2016, UNODC continued this work by initiating an inclusive process to review the data collection methodology through an expert group meeting on the subject taking into account recent developments regarding target 16.4 of the Agenda for Sustainable Development with a view to launch a new data collection initiative in early 2017.
*References to Kosovo shall be understood to be in the context of Security Council resolution 1244 (1999)