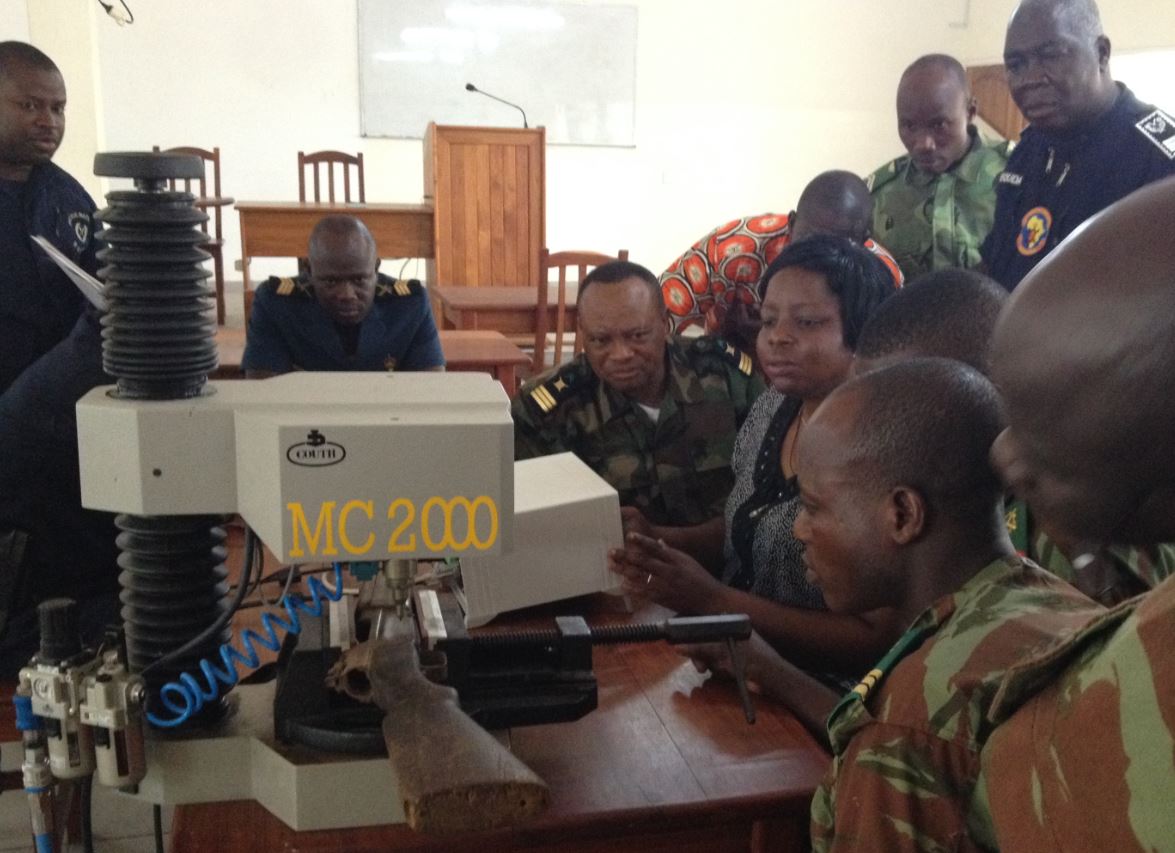 Among the security challenges affecting the West Africa region, firearms trafficking is of crucial importance. Since the Libyan crisis of 2011, the proliferation of firearms has increased substantially, facilitating the destabilizing activities of numerous armed groups, and undermining the development efforts of a number of West African countries.
In its quest for adapted and sustainable solutions to these recurring problems, UNODC took an endogenous approach in collaboration with regional actors, such as Ivory Coast and Togo, in order to respond to the challenges associated with the marking, registration and tracking of firearms in the Sahel.
To address these challenges, a sub-regional workshop on marking, the maintenance of related marking equipment, and the registration of firearms took place from 4 to 8 January 2016 in Cotonou, Bénin. This workshop was the result of an intensive cooperation between UNODC and Japan, and allowed some twenty experts from Bénin, Burkina Faso, Niger, Togo and Senegal to reinforce their technical and operational abilities.

The workshop has led to a significant reinforcement of the abilities of the technical teams in charge of firearms marking. These are now able to implement activities without external assistance, even in the event of technical difficulties. This positive evolution addressed the lack of capacity initially observed in these countries, responsible for slowing down the firearms marking process.

UNODC provides Member States with logistic and technical support to strengthen their capacity to identify, mark and track firearms. Through its Global Firearms Programme, UNODC implements efforts to address West Africa's fragile security context, undermined by the mounting terrorist threat and the presence of jihadist forces in the region.

The Cotonou workshop followed a series of four workshops on marking and registration of firearms (Bénin, Burkina Faso, Mali, Niger and Senegal) and was tailored to address the deficiencies linked to this kind of operations. It was made possible thanks to the contribution of the government of Japan. These activities form part of the UNODC Contribution to the United Nations Integrated Strategy for the Sahel and fall within the context of the Sahel Programme. 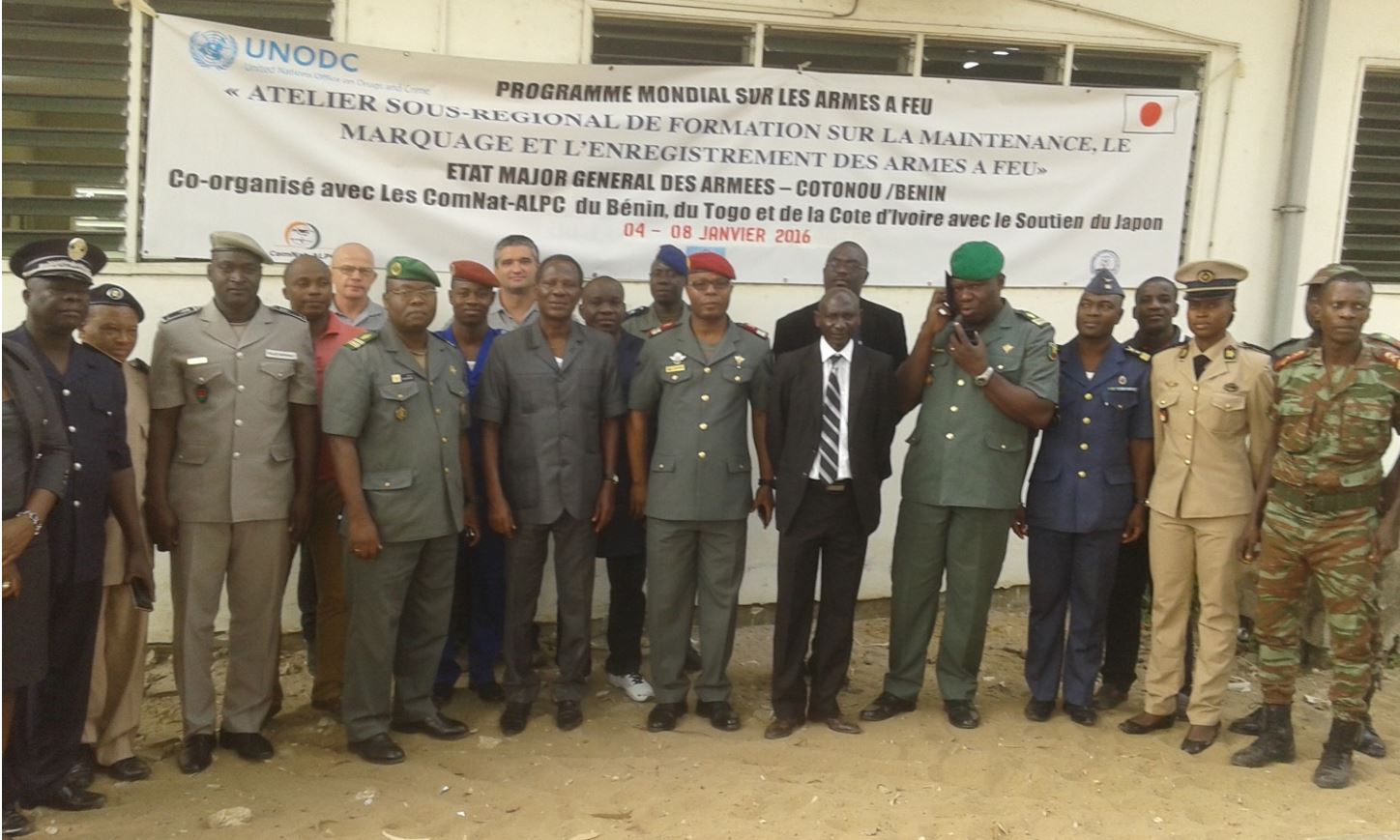 UNODC and Firearms in West Africa

This activity was funded by Japan