On 1 December 2017 the UNODC Global Firearms Programme (GFP) held a workshop in Sarajevo, Bosnia and Herzegovina (BiH), with the Working Group on the implementation of the Law on Marking of Firearms and Ammunition. The workshop was organized with financial support from Germany. 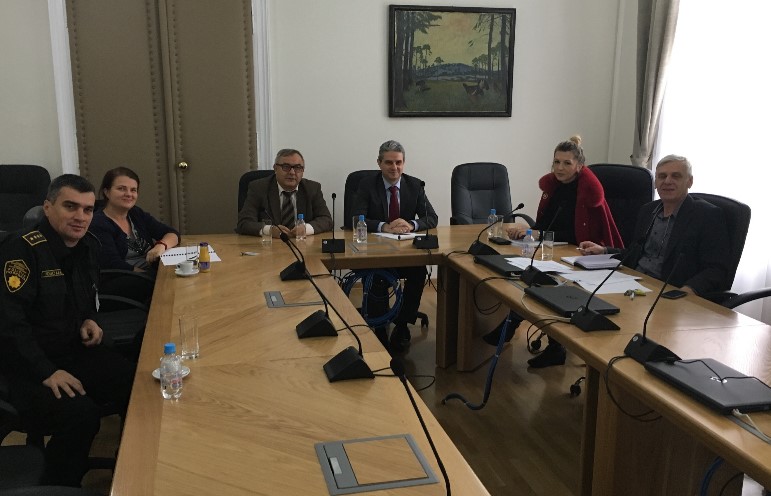 GFP presented the UNODC's report on the Implementation of Import Marking Requirements for Firearms and Ammunition. Detailed explanation was provided on the international and regional regulatory frameworks. UNODC GFP reviewed examples for import marking from various countries in the European Union, including Belgium, Denmark, Latvia, and Lithuania. The members of the Working Groups discussed also examples of national regulations from Switzerland, USA and Canada.

The second session of the workshop was devoted on review of the technical guidelines, standards and best practices on marking of firearms and ammunition. UNODC GFP presented the solutions envisaged by the Technical Guide for the implementation of the UN Firearms Protocol and elaborated over practices of some Member States in marking of ammunition, including Brazil. The participants discussed the various methods for marking of firearms and reflected upon the experience gained during the study visit to the Vienna Proof House, organized by UNODC GFP in October 2017.

The Working Group presented the draft regulation on marking of imported firearms and ammunition, which has incorporated various best practices from the international and national legal frameworks, based on the UNODC's report. The participants discussed the record-keeping process and the exchange of information between the Ministry of Foreign Trade and Economic Relations and the Ministries of Interior of the Federation of BiH and Republika Srbska for conducting tracing in firearms trafficking cases. Several options for operational data exchange were considered and proposals for the development of relevant software solutions were made. The participants discussed also the technical requirements for the implementation of the marking process and briefed UNODC GFP on the procedures envisioned for marking firearms and on the data, which will be collected and recorded for the purposes of firearms tracing.

The regulation for implementation of the Law on Marking of Firearms and Ammunition will be presented for adoption by the Government of BiH be the end of 2017.