On 13 to 14 October 2015 the United Nations Office on Drugs and Crime (UNODC) and the Government of Costa Rica hosted a Regional Meeting for Latin America in the city of San José on "Synergies between international instruments on arms control - Arms Trade Treaty (ATT), Protocol on Firearms and Program of Action on Small Arms and Light Weapons (UNPoA)". Earlier, on 29-30 September 2015,  UNODC co-organised a similar workshop with the Ivorian Government in Abidjan aimed at West and Central African States.
These activities are part of a UNODC project aimed at promoting a better understanding of these instruments and their implementation. The project was funded by the UN Trust Facility Supporting Cooperation on Arms Regulation (UNSCAR), a multi-donor fund for supporting implementation of the ATT and the UNPoA.
Based on a Study developed by UNODC, during the meeting, participants  formulated concrete recommendations on the legislative options and public policies for State Parties in order to strengthen weapons control in accordance with the various international instruments, with emphasis on the synergies identified. Member States exchanged views and experiences on the challenges encountered so far in the implementation of these instruments in order to promote harmonized approaches and to promote cooperation, as well as to identify specific needs for technical assistance. The recommendations were then integrated into the study which will be subsequently published and widely distributed among target groups.
In San José, the Meeting brought together 47 firearms control authorities and criminal justice practitioners from 16 Latin American countries as well as representatives from International Organisations, including the United Nations Regional Centre for Peace, Disarmament and Development in Latin America and the Caribbean (UNLIREC) and civil society. In Abidjan, the workshop gathered 40 delegates from nine Member States from West and Central Africa, as well as representatives and Economic Community of the States of West Africa (ECOWAS), the United Nations Regional Center for Peace and Disarmament in Africa (UNREC), the United Nations Operation in Côte d'Ivoire (UNOCI), UNDP, the United Nations Mine Action Service, Interpol, the German Agency for International Cooperation (GIZ) and civil society. 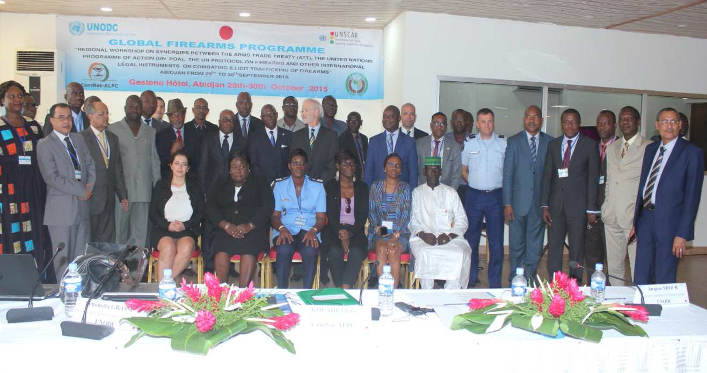 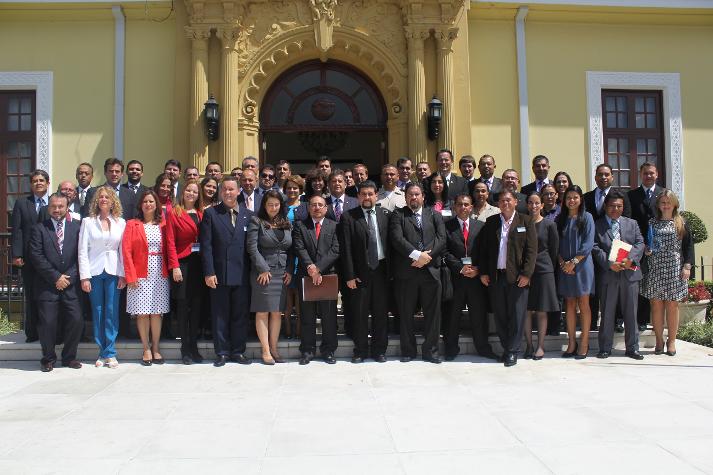