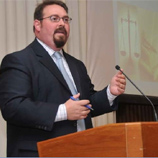 28 August 2009 - Today at the United Nations Conference Centre in Bangkok, UNODC released a new manual that addresses gaps in the capacity of criminal justice practitioners to prevent and combat trafficking in persons.

The Anti-Human Trafficking Manual for Criminal Justice Practitioners, which was launched by United States Ambassador-at-large, Luis CdeBaca, elaborates promising practices at every phase of the criminal justice response to trafficking in persons and stands as a practical guide and training tool for criminal justice practitioners.

"The public release of this manual comes at a critical time as we grapple with a downturn in the global economy that is increasing the vulnerability of people at the hands of human traffickers", said Ambassador CdeBaca. He added that effective implementation of anti-trafficking legislation is critical to ending the abhorrent practice of enslaving people for the purpose of extracting their services for profit.

According to the UNODC Global Report on Trafficking in Persons, released in February 2009, the number of convictions of human traffickers is increasing, but unfortunately not in proportion to the growing extent of the problem and the growing awareness of it.

Reasons for the low number of convictions include absence of anti-trafficking legislation in some countries, the inability to translate legislation on human trafficking into action by law enforcement officials and, in some cases, mistaking human trafficking situations as migrant smuggling. Further to this, sometimes prosecutions are not successful because of the unwillingness of victims to cooperate with the criminal justice system where they have been threatened and intimidated by traffickers.

The Anti-Human Trafficking Manual for Criminal Justice Practitioners offers a response to these challenges in securing the conviction of human traffickers.

The manual is unique in several ways. Firstly, it is based on the United Nations Convention against Transnational Organized Crime and its Protocol to Prevent, Suppress and Punish Trafficking in Persons, Especially Women and Children. Secondly, the manual seamlessly incorporates a victim-centred approach into effective law enforcement responses. 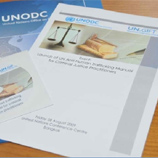 Thirdly, the content of the modules is based on the real life experiences of over 45 judges, prosecutors, investigators, academics and representatives of non-governmental and intergovernmental organizations from around the world who formed the group of experts that developed the manual. In addition, the tools in the manual can readily be applied in both civil and common law countries.

"I encourage all anti-trafficking actors to take time to review this manual, share it with colleagues and superiors, and put it into practice. Innovative training and increased capacity will enable us to meet the universal goals of prosecution, protection and prevention", concluded Ambassador CdeBaca.

Ambassador CdeBaca was appointed by United States President Obama in May 2009 to direct the State Department's Office to Monitor and Combat Trafficking in Persons. He was also an expert contributor to the Manual.