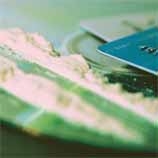 9 December 2009 - States have been called upon to strengthen international cooperation "on the basis of a common and shared responsibility to counter the world drug problem and related criminal activities."

The Security Council, on 8 December, focused on the issue of drug trafficking as a threat to international peace and security. Burkina Faso's Foreign Minister Bedouma Alain Yoda, whose country holds the Presidency of the Council in December, stressed the "devastating impact" of drug trafficking, particularly in Africa.

The Security Council unanimously adopted a presidential statement that called for greater action to combat drug trafficking as a threat to international security. It stressed, in particular, the need for regional cooperation to counter this transnational threat. In the statement, "the Security Council invites the Secretary General to consider mainstreaming the issue of drug trafficking as a factor in conflict prevention strategies, conflict analysis, integrated missions' assessment and planning a peacebuilding support".

Secretary-General Ban Ki-moon warned that "drug trafficking is evolving into an ever graver threat that is affecting all regions of the world", not least in areas where the United Nations is involved in building peace (like Afghanistan, Guinea-Bissau, Haiti, Liberia and Sierra Leone).

"Drug trafficking does not respect borders", said the Secretary-General. He stressed that "the transnational nature of the threat means that no country can face it alone". However, "so far, cooperation between Governments is lagging behind cooperation between organized crime networks".

The Secretary-General also called for a more balanced approach to drug control characterized by "reducing demand for drugs and the harm done by them; promoting alternative development and the rule of law at the source of the supply; and disrupting trafficking routes".

In his address, UNODC Executive Director Antonio Maria Costa focused on the growing threat of drug trafficking to Africa. "Today, under attack from several sides, the continent is facing a severe and complex drug problem: not only drug trafficking, but also production and consumption. Serious consequences in terms of health, development and security are inevitable," said Mr. Costa.

He described how cocaine trafficking from the West and heroin from the East are creating instability and spreading addiction. He said that "we have acquired evidence that the two streams of illicit drugs - heroin into Eastern Africa and cocaine into West Africa - are now meeting in the Sahara, creating new trafficking routes across Chad, Niger and Mali."  He warned that, like in the Andean countries and in West Asia, "terrorists and anti-Government forces in the Sahel extract resources from the drug trade to fund their operations, purchase equipment and pay foot-soldiers." He also said that drug trafficking in the region is taking on a whole new dimension - becoming larger, faster and more high-tech.

During the debate, there was strong endorsement for the work of UNODC, and calls for its work to be properly resourced.

Secretary-General's speech to the Security Council on 8 December 2009