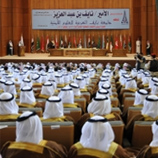 In order to reach out to all Islamic countries, UNODC recently released a ground-breaking paper entitled Combating Trafficking in Persons in Accordance with the Principles of Islamic Law.

Islamic Law calls for the welfare and well-being of all humankind according to the principles of justice and mercy. The publication successfully analyses the Islamic legal framework on trafficking in persons, especially by calling for the elimination of the institution of slavery, the prohibition of exploitation of human beings in all its forms, the rejection of oppression and hardship, and the promotion of the duty of the public to promote good and prohibit evil.

The paper addresses principles behind the prohibition of exploitation and slavery in both international and Islamic law, as well as principles providing for the protection of victims. It is targeted both at Islamic practitioners who want to learn more about combating human trafficking and also at anti-trafficking practitioners wanting to learn more about Islamic law. It also reveals to non-Islamic countries the strong alliance that can be found in their Islamic partners.

The paper was drafted by Professor Mohamed Y. Mattar, Research Professor of Law and Executive Director of the Protection Project at Johns Hopkins University, School of Advanced International Studies, with UNODC. Naif Arab University for Security Sciences in Saudi Arabia supported the paper's publication and translation into Arabic, as well as its official launch in Riyadh on 23 June.

More information about the paper