Corruption is a crime against development, says new UN campaign 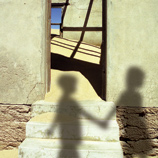 6 November 2009 - A campaign to raise awareness of the impact of corruption on development was launched today by the United Nations Development Programme and UNODC ahead of the International Anti-Corruption Day on 9 December.


Through a series of six posters and online material, the campaign highlights how corruption hinders efforts to achieve the internationally-agreed Millennium Development Goals, obstructing people's access to education, health and justice, limiting their opportunity to prosper and undermining democracy.

The campaign slogan, Your NO Counts, calls on every person to take a stand against corruption.

The launch of the campaign comes as States parties to the United Nations Convention against Corruption - the only global, legally binding anti-corruption instrument - gather in Doha from 9 to 13 November to review its implementation. The Convention has been ratified by over two-thirds of the 192 State Members of the United Nations since its entry into force in 2005.