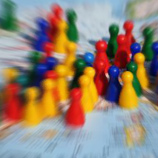 12 November 2009 -Secretary-General Ban Ki-moon has drawn attention to the disturbing realities of human trafficking and sexual exploitation, as well as the treacherous conditions in which many migrants move and live.

Addressing the third Global Forum on Migration and Development in Athens last week, Secretary-General Ban stressed the positive contribution made by migration around the world but also underlined the dangers posed by human trafficking and migrant smuggling.

"Today, the number of international migrants is greater than at anytime in history, with 214 million people living outside their country of birth," said Secretary-General Ban.

"We live in an era where people cross borders in growing numbers in pursuit of opportunity and hope for a better life. When managed well, international migration greatly improves human welfare and development," he added.

However, the dark side of this movement is that every year thousands of people put their lives in the hands of smugglers or unlicensed recruiters. Profit-seeking criminals take advantage of the fact that not all persons who migrate have the legal opportunities to do so and smuggle migrants, often recruiting victims of trafficking in persons from among them.

Smuggled migrants are vulnerable to exploitation and their lives are often put at risk: thousands of smuggled migrants have suffocated in containers, perished in deserts or drowned at sea. Many others have fallen victim to human trafficking as a result of having first been smuggled.

Virtually every country in the world is affected by the smuggling of migrants and the trafficking in persons, either as a place of origin, transit, destination or all three. Migrant smuggling generates enormous profits for the criminals involved and fuels corruption and organized crime.

UNODC is the guardian of the Protocol to Prevent, Suppress and Punish Trafficking in Persons, Especially Women and Children, and the Protocol against the Smuggling of Migrants by Land, Sea and Air, both supplementing the United Nations Convention against Transnational Organized Crime.

The primary goal of UNODC with respect to combating the smuggling of migrants is to promote global adherence to the Migrants Protocol and to assist States in their efforts to effectively implement it.

Pursuant to its article 2,  the purpose of the Migrants Protocol is to prevent and combat the smuggling of migrants, as well as to promote cooperation among State parties to that end, while protecting the rights of smuggled migrants.

UNODC is aware that law enforcement measures alone cannot prevent migrant smuggling. Increased border controls, for instance, may simply lead to migrant smuggling routes being diverted elsewhere and to an increase in the demand for more risky services. Migrants that are returned to their countries of nationality or residence without consideration for the underlying root causes that made them migrate may simply attempt to migrate again, perhaps under conditions that are even more dangerous than those endured before.

There are important push and pull factors that influence a person's decision to be smuggled. All of them must be addressed in a comprehensive way by a multi-dimensional partnership that has to involve States, civil society, academia, the media, State institutions and international organizations.

In his concluding remarks, Secretary-General Ban reiterated that there was still much to do to boost international cooperation in combating these heinous practices: "Our destination is a global system of mobility that allows people to move in legal, safe and orderly ways-with full respect for their dignity and for their human rights. We must work to develop supportive policies that do not go against human aspirations, subvert our development goals or complicate inter-State relations. We are here to deepen our commitment and common values of inclusion and social acceptance, education and understanding".

Download fact sheet: Impact of the economic crisis on trafficking in persons and migrant smuggling.