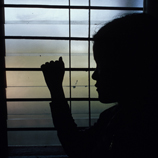 11 December 2010 - With more than 2.4 million people held captive across the world, human trafficking has become one of today's major  crimes and issues of social concern..

To find new ways to tackle this scourge, the 'End Human Trafficking Now: Enforcing the UN Protocol Luxor International Forum' kicked off today bringing together policy makers, civil society and business leaders from around the world.

As a US$ 32 billion a year global enterprise, human trafficking is a shameful crime which requires the cooperation of all  sectors  of society..

UNODC Executive Director Yury Fedotov urged action from a critical and sometimes overlooked player - business: "The private sector has so much to offer in terms of resources, knowledge and influence to combat human trafficking. Raising awareness both within the workforce and the general community on trafficking is critical, and businesses have a moral and legal responsibility to ensure that all aspects of their operations are "traffic-free" - from employees, to suppliers, to partners".

One way through which businesses can become more involved is through the UN Voluntary Trust Fund for Victims of Human Trafficking. Launched by Secretary-General Ban Ki-moon in New York in November, the Trust Fund is seen as a critical move to provide humanitarian, legal and financial aid to human trafficking victims.

"I implore businesses, civil society and each and every person to pledge their support for the Trust Fund. The special role that the business community can play in the Fund is one where I would particularly like to hear your views. 'Have a heart' for victims of human trafficking and help us protect the victims of this crime", said Mr. Fedotov.

The Luxor Forum will also play host to the inaugural presentation of the 'Business Leaders Award Against Human Trafficking'.. Presented by EHTN!, UN.GIFT and the United Nations Global Compact, the award will be announced on 12 December and will honour those business executives who have shown energy and commitment in tackling human trafficking.

On the same day Microsoft will launch an e-learning course which will help teach the private sector about human trafficking and contribute to a better understanding of this crime.