Is West Africa becoming a hub for global methamphetamine trafficking? 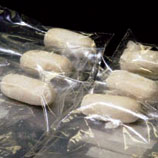 In July 2009, chemicals and large-scale equipment used in the illicit manufacture of ecstasy were discovered in Guinea, highlighting potential manufacture in West Africa. Since then, several cases of methamphetamine trafficking originating from various West African nations, including Cameroon, Côte d'Ivoire, Ghana, Guinea, Senegal and Nigeria, have been reported.

The latest developments in methamphetamine in Africa are highlighted in the latest issue of the Global SMART Update Volume 4, issued by the UNODC global Synthetics Monitoring: Analyses, Reporting and Trends (SMART) programme. Developments in Africa are covered in the special segment of the update.

"The events in Africa affect other regions as well", said Beate Hammond, manager of the global SMART programme. "In fact, the most common destinations for methamphetamine trafficked through Africa have been outside the region, namely Japan, followed by the Republic of Korea. We have also received reports from Malaysia and Thailand." Cases are typically multi-kilo and concealment methods are similar to those used by West African criminal organizations for other drugs. Significantly larger shipments have also been reported. In May 2010, Nigerian authorities stopped two separate cargo shipments totaling 63 kg of methamphetamine and amphetamine to Japan and South Africa.

The increase in trafficking in methamphetamine may also have a health dimension. Use of amphetamines has already been reported in several West African countries, even among school-aged children.

The current issue also includes information on the use of synthetic drugs among university students in Brazil, significant seizures as well as the emergence of a new, uncontrolled chemical that could be used in the illicit manufacture of ecstasy.

The Global SMART Update is published twice a year to provide brief, regular reporting on emerging patterns and trends in the fast-changing global synthetic drugs situation.