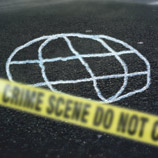 9 June 2011 - As a major threat to human security today, transnational organized crime is a key issue that has understandably attracted increasing attention throughout the world. In 2000, the United Nations Convention against Transnational Organized Crime (often referred to as "the Palermo Convention") was adopted to provide countries with an international tool to combat cross-border crime.

The Convention and its Protocols are now the main international instruments in tackling transnational organized crime and are intended to counter an array of criminal acts, including human trafficking, smuggling of migrants, money-laundering and trafficking in firearms. They also provide States with the tools that they need for cooperation in countering other organized criminal activities ranging from the trade in blood diamonds to the smuggling of cultural property or endangered species.

Organized crime generates billions every year - always to the detriment of peace and development. According to UNODC, the movement of cocaine from the Andean region to North America and Europe, coupled with the trafficking in Afghan heroin to Europe, provides traffickers collectively with an annual income of some $105 billion. People are also used as commodities. Human trafficking to Europe generates $3 billion every year, while the smuggling of migrants from Latin America to North America generates an estimated $6.6 billion annually. The illicit trade in firearms also generates vast sums of money both directly and indirectly, in a trade worth $53 million per year that causes immeasurable human costs the world over.

The trade in endangered species, cultural property, timber, counterfeit medicines, blood diamonds, and child pornography also offer criminals the opportunity to make big money. UNODC estimates that trafficking in illegal timber from South East Asia to the European Union and Asia for example accounts for criminal revenues of US$ 3.5 billion annually, while Asian-originating counterfeit medicines which end up in South-East Asia and Africa are valued at US$ 1.6 billion. Cybercrime is also a lucrative business - identity theft generates over US$ 1 billion for criminals each year while the market for child pornography profits criminals to the tune of US$ 250 million annually.

In a bid to discuss ways forward in better implementing the Palermo Convention and its Protocols and in aligning national strategies and legislation in the fight against transnational organized crime, representatives from around the world met in Vienna from 17 - 19 May to look into the review of the implementation of the Convention and the Protocols.

Following the meeting UNODC discussed the changing world of transnational organized crime and a new review mechanism with Ulises Canchola, Chairperson of the session and Deputy Permanent Representative at the Permanent Mission of Mexico in Austria:

As part of the United Nations Convention against Transnational Organized Crime, a Working Group was established by the Conference of States Parties last October, to bring together experts from across the world to consider and explore options and make proposals for the establishment of a mechanism to review the implementation of the Convention and its Protocols. Why is this exercise relevant in the combat against transnational organized crime and what are the challenges it faces?

As we all  know the Palermo Convention is the most comprehensive legal instrument against transnational organized crime. Its scope in terms of international judicial cooperation is quite extensive. The review mechanism or mechanisms that the Working Group could agree on would be relevant based on three aspects, among others. First, it would help identify problems in the implementation of the provisions of the Convention and its Protocols. Second, it would assist Member States in achieving better and strengthened coordination at different levels. Third, it could also promote a more homogeneous and comprehensive implementation of these four legally binding instruments.

As for the challenges for the Working Group, there are a few. We should learn from other processes (for instance, the review mechanism of the Convention against Corruption) while bearing in mind the specificities of the Convention against Transnational Organized Crime. The Working Group would also need to take into consideration the differences between the Convention and its Protocols (including the number of States Parties). The main challenge, hence, would be to identify the best method to review not only the Convention, but also the three protocols dealing with human trafficking, migrant smuggling and illicit trafficking in firearms in an efficient and effective manner. The cycle of the review, for instance, would be key in this endeavour and the Working Group will need to look into issues such as the scope, participation in reviews and frequency of reviews. That would be particularly relevant considering the varying number of instruments and differing numbers of States Parties to the Convention and each of its three Protocols.

As I mentioned before, to overcome some of these challenges we have been looking at the UN Convention against Corruption which also utilizes a review mechanism with an emphasis on collaboration, exchanges of best practices and provision of technical assistance. We also have the experiences of a pilot project run by 15 countries geared specifically to the Convention. Although it may not be conclusive, it may well shed some ideas on the way forward. Again, the Working Group is pondering every option available.

So far the Working Group has managed to review the drafts annexed to Resolution 5/5 - the draft terms of reference, draft guidelines for Governmental experts and the secretariat in the conduct of country reviews, draft blueprint for country review reports and executive summaries, and draft indicative thematic distribution of the Organized Crime convention and the Protocols thereto. It has been a technical exchange of views among experts that has helped us to clarify the elements for the review mechanism. Most importantly, we began to get clarity regarding the questions that we would need to tackle.

According to the mandate given by the COP, the Working Group should agree on a proposal for the consideration and possible adoption by the COP at its next session in 2012. In order to fulfill this mandate, we would need to take every opportunity to carry on with our discussions, including at a more informal level. As part of the outcome of this first meeting, there has been an agreement on that regard. I am confident that with the interest and willingness so far shown by the experts we will be able to complete our task.

Working towards universal implementation of the Convention and the three separate Protocols is a long yet critical task. Considering the ongoing work performed by working groups such as this one, what comes next?

The end goal of all this work is to further the ratification of the Convention and its Protocols, to assist Member States in implementing their provisions and to strengthen international cooperation. As the world's foremost legal tool in combating transnational organized crime, the Convention is critical in today's world and an essential instrument available to every Member State.

As we move forward it is important to note that tools such a mechanism for reviewing the implementation of the Convention and its three Protocols are not designed to name and shame States Parties, but are instead meant to identify the gaps and future threats presented to us, and determine a way forward in combating emerging trends. Bottom line, the aim is to arrive at a result that encourages cooperation and mutual trust, as the best ways in countering the threats posed by organized crime.

United Nations Convention against Transnational Organized Crime and its Protocols