Crime and its deadly link with terrorism 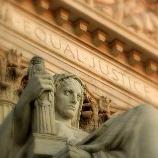 17 March 2011 - Over 250 representatives from some 90 countries met in Vienna on 16 and 17 March at a symposium on terrorism to examine the growing links between crime and terrorism and to step up efforts against those interlinked threats. The symposium, organized by UNODC, comes at a time when terrorists are using increasingly diverse modi operandi and their operations are increasingly funded and sustained through the proceeds of crime. Drug trafficking, transnational organized crime, the movement of illicit firearms and money-laundering have all become integral parts of terrorism, which has an increasing presence in the criminal world.

Speaking at the symposium, UNODC Executive Director Yury Fedotov commented on today's global criminal market: "In many instances, criminal profits support terrorist groups. Globalization has turned out to be a double-edged sword. Open borders, open markets and increased ease of travel and communication have benefited both terrorists and criminals. Thanks to advances in technology, communication, finance and transport, loose networks of terrorists and organized criminal groups that operate internationally can easily form links with each other. By pooling their resources and expertise, they can significantly increase their capacity to do harm."

Such criminal components in many cases sustain terrorist groups, presenting increasing threats and challenges to global security on a number of levels. In Afghanistan, the Taliban's terrorist efforts are boosted through the production of opium, which is a key source of cash; similarly, the Revolutionary Armed Forces of Colombia (FARC) are able to continue operating on the basis of the cultivation of coca bush, trafficking in cocaine and kidnapping for ransom.

During the opening session of the symposium, Michael Spindelegger, Minister of Foreign Affairs of Austria, noted the need for enhanced collaboration in the face of terrorism: "Terrorists connect with other criminal groups making use of new technology to operate across borders. We must counter this through stronger international cooperation under the United Nations umbrella."

An aspect of the fight against terrorism that is sometimes overlooked is that of victims, particularly since crime and terrorism are increasingly working in tandem.

The symposium, representing a network of individuals affected by terrorism, was addressed by Carie Lemack, director and co-founder of the Global Survivors Network, a survivor-focused non-governmental organization: "The victims of terrorism are so often just seen as figures - numbers which get lost as data. We want to help to give the nameless names and project their voices to and work against the deadly, misguided messaging being spread around the world. In the complexity of fighting terror, real people speaking out against this crime is an incredibly powerful tool in making people think twice about getting involved in terrorism."

The symposium on terrorism marks a decade since the adoption, in September 2001, of the Vienna plan of action against terrorism, which has been at the forefront of the UNODC assistance programme for countering terrorism. In the past 10 years, the work of UNODC in supporting responses to terrorism that are based on the rule of law has increased considerably and significant progress has been made by Member States in implementing the international legal regime against terrorism.