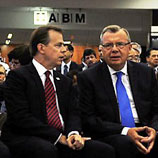 12 September 2011 - Yesterday, the world marked the tenth anniversary of the 11 September 2001 terrorist attacks on the United States of America. Secretary-General Ban Ki-moon said that 9/11 represented "an assault on humanity itself, and on the universal values of peace and dignity that the United Nations was created to promote and defend." At a ceremony in Vienna today, Yury Fedotov, Executive Director of UNODC, poignantly reflected: "We remember the mothers, fathers, daughters and sons who did not come home that night. Ordinary people from more than 70 countries and of all major religious faiths, going about their daily lives.

"We remember the courage of the first responders who - despite the dangers - continued to work. Almost 400 of them sacrificed their own lives so that others might live. Their bravery and dedication are a tribute to their professions", said Mr. Fedotov, speaking before the Vienna-based international community.

But terrorism has hit closer to home: the United Nations offices in Nigeria recently endured a deadly terrorist attack, a chilling reminder of the importance of the United Nations' work to combat what is a global scourge. Ingrid Mitgaard, a Norwegian lawyer working for UNODC, tragically perished in the service of the Organization.

"On this tenth anniversary of the 11 September attacks, we remember the victims of terrorism everywhere, including the people killed and injured in the terrorist bombing of the United Nations building in Abuja on 26 August. Eleven of those killed were our United Nations colleagues", Mr. Fedotov told the gathering.

The United Nations Global Counter-Terrorism Strategy adopted in 2006 is the first strategic approach to the threat of terrorism ever to be endorsed by all United Nations Member States. 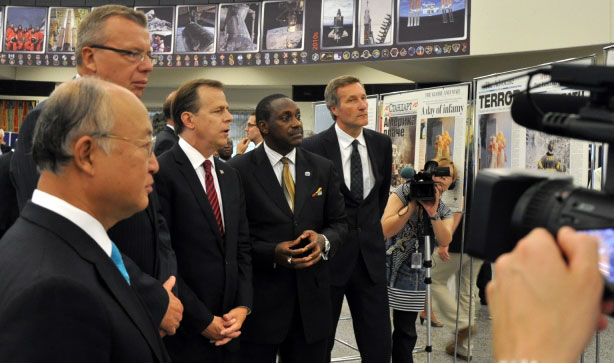 UNODC has been making a critical contribution to the fight against international terrorism and enhancing Member States' capacity for international cooperation in that field. Under the Strategy, the Office has developed a criminal justice response that requires widespread ratification and implementation of the legal instruments against terrorism.

The international counter-terrorism legal regime requires perpetrators to be brought to justice, either before national courts or through extradition. The regime covers various terrorist acts, such as aircraft hijacking, dangerous acts at sea, bombings, support for and funding of terrorist organizations and hostage-taking.

The challenges facing Member States that wish to accede to the relevant instruments and to fulfil their obligations under those instruments are daunting. That is where UNODC comes in. UNODC lends its expertise in the ratification and implementation of international legal treaties and related domestic legislation. It provides assistance to strengthen national criminal justice systems and helps countries to cooperate at the international level.