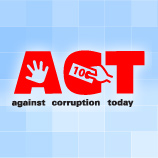 21 December 2012- International Anti-Corruption Day, 9 December, is observed the world over with Governments, civil society groups, individuals and international organizations organizing discussions, educational and cultural events, marches, media and social media activities to shine a spotlight on the dangers of corruption to countries and citizens. Jointly leading the international campaign " ACT against Corruption" with the United Nations Development Programme (UNDP), UNODC, as the guardian of the UN Convention against Corruption, encourages every person to speak out against and reject corruption in all its forms.  The breadth and depth of support - at every level of society -shows just how much has been achieved in the past year and how ordinary citizens are mobilizing to "ACT against Corruption".

UNDP and UNODC Field Offices across the world took the universal message against corruption and tailored it to local audiences.  Here are some highlights of a successful partnership to get the word out through many dozens of events involving thousands of activists around the world. 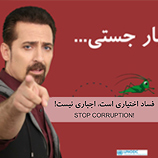 Billboards appeared around the country's capital, Kabul, featuring Mr. Darya and a grasshopper. "The grasshopper is a witty symbol of corruption in this country - at one moment seemingly hopping innocently around, at times an outright plague, and always difficult to put your finger on. The humorous side of it should attract not only broad attention, but equally poke fun at those who are corrupt. A corrupt official is nothing more than an ordinary grasshopper", emphasized Mr. Lemahieu.  "From an ordinary citizen to the country leader, from an Afghan to the international community; we're all somehow accountable for this corrupted country. We can only fix it together!" Farhad Darya said.

UNDP, UNODC and the Government of Colombia called for more civil society engagement in demanding transparency and accountability in all sectors. The President of the Colombia, Juan Manuel Santos, the UN Resident Coordinator in Colombia, Bruno Moro, UNODC Representative, Bo Mathiasen, the Attorney General's Office, Alejandro Ordóñez, prosecutor General, Eduardo Montealegre and Secretary of Transparency of the Presidency of the Republic, Carlos Fernando Galan participated in a forum called "Building a new citizen".

Together with UNDP, on 6 December, UNODC Colombia organized a discussion on corruption at the National Parliament with Colombian authorities, school students and a TV actor who has played corrupt characters.  The students, who raised issues on ethics in schools, received certificates of good citizenship.

The Southern African Regional Office placed newspaper ads with the ACT and UNODC logos before the Day. The Office held a panel discussion on 10 December with the Public Service Commission of South Africa (PSC) and the University of South Africa (UNISA) in Pretoria on effective means to combat corruption.

The Regional Office for South Asia organized on 5 December a joint event with the NGO Art of Living to encourage young people to adopt a zero-tolerance approach towards corrupt practices.  The event served as a curtain raiser for an upcoming initiative 'Volunteer for a Better India'.

UNODC organized an event with the private sector with support from the Confederation of Indian Industries and the Federation of Indian Chambers of Commerce and Industry to discuss the role of business and industry in curbing corruption, as well as training for police academies on the investigation of corruption as part of the commemoration activities.

The East Asia and Pacific office saw a vast array of grass-roots events, many organized by UNDP, throughout the region, including in Brunei, Cambodia, Lao, Indonesia, Malaysia, Myanmar, the Philippines, Thailand, Viet Nam and Marshall Islands.

To encourage the Thai public to "Refuse to be Corrupt," UNDP and the Thai Youth Anti-Corruption Network held a rally with more than 1,500 students from across Thailand. Twenty three universities from across Thailand participated in a special anti-corruption themed art exhibition sponsored by UNDP and the National Anti-Corruption Commission at the Bangkok Art and Cultural Centre.  Student artists presented their work and discussed their feelings about corruption in Thai society.

Applauding the pivotal role of the youth in the political transformation of the Arab Region and their continued aspiration for transparent and accountable government, the Arab integrity network ACINET and UNDP issued a statement calling on Governments and civil society to engage with youth movements to fight corruption more effectively.

Over 200 school students in Kassala State, Eastern Sudan, took part in painting contests organized by UNDP as part of week-long (3-9 December) campaign to express their views on fighting corruption.  Hundreds of citizens gathered at schools where students creatively advocated for a corruption-free Sudan.

Vanuatu hosted a Youth Media Smart Workshop" to encourage the young to use different types of media to advocate about issues related to corruption. Participants produced a 5-minute documentary or movie about corruption. Viet Nam organized an internet competition called "Live true - be honest" for young people to share concerns and promote positive actions.

UNODC achieved unprecedented outreach this year thanks to social media, which will ensure that the campaign continues throughout the year. Across the various UNODC and UNDP accounts there was significant interest before, during and after the Day with the UNODC Facebook post on 9 December becoming our most popular ever. As people shared information and ideas on Twitter on ways to stop this crime, the hashtag #actagainstcorruption was widely adopted and activity on the ACT Facebook Page also grew ( www.facebook.com/AgainstCorruptionToday ).