Methamphetamine use on the rise in East and South-East Asia 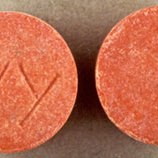 12 December 2012 - Methamphetamine remains the top illicit drug threat in East and South-East Asia, according to a new UNODC report, the 2012 Patterns and Trends of Amphetamine-Type Stimulants and Other Drugs, Asia and the Pacific. Seizures of methamphetamine pills have increased more than five-fold since 2007, says UNODC, noting that amphetamine-type stimulants (ATS) are now either the top or second illicit drug of use in 13 of the 15 Asia Pacific countries surveyed in the report.

In addition, large seizures of cocaine in Cambodia, the Philippines, Viet Nam and Hong Kong (China) may indicate that cocaine traffickers are targeting the large and untapped cocaine market in East and Southeast Asia, the report said.

Myanmar remains the top source of illicit methamphetamine pills in East and South-East Asia, and is also a source of crystalline methamphetamine, according to the UNODC report, which says that "significant quantities"' of crystal methamphetamine are also produced in China, Indonesia, Malaysia and the Philippines, with "large-scale manufacturing" reported in Cambodia.

"The methamphetamine problem in East and South-East Asia remains serious," said Mr. Gary Lewis, UNODC Regional Representative for East Asia and the Pacific. "During the past five years, the availability and use of methamphetamine has increased significantly. This and the increasing involvement of transnational organized criminal groups in the illicit trade of amphetamine-type stimulants (ATS) pose a growing threat to the both security and public health in the region."

The report says that users of ATS - a category which includes amphetamine, methamphetamine, methcathinone, and ecstasy-group substances - were the primary drug of use for 70 per cent of all persons in drug treatment in the region in 2011.

Of particular concern is the dramatic increase in the availability and use of high purity crystalline methamphetamine.

Crystalline methamphetamine seizures in the region rose by 23 per cent in 2011, to 8.8 mt, nearly double the 4.8 mt seized in 2009. Half of the region's total seizures were made in China. Reported seizures of more than 1 mt were also made in  Indonesia, Malaysia and Thailand, while Cambodia and Singapore reported significant increases as well.

The amount of ATS manufactured in the region has increased dramatically since 2007, which is indicated by the number of illicit laboratories seized. In 2011, some 401 ATS-related laboratories were seized in East and South-East Asia compared with 125 in 2007. Significant quantities of ATS continue to be illicitly manufactured in China, where illicit drug manufacture has expanded from the southern coastal areas of China to the northern and central areas of the country.

"Knowing is the first step in responding," said Mr. Lewis. "To formulate a strategic response to the ATS problem we need knowledge; a framework of laws; the technical capacity to respond; and regional cooperation among law enforcement. Law enforcement and public health officials must form a network to effectually respond to the network of transnational organized criminals operating in our region."

The report also notes that the neighbouring regions of South Asia and the Pacific Island States and Territories remain vulnerable to the expansion of illicit ATS manufacture, trafficking of ATS, and the diversion of precursor chemicals, particularly ephedrine and pseudoephedrine, often in the form of pharmaceutical preparations.

2012 Patterns and Trends of Amphetamine-Type Stimulants and Other Drugs, Asia and the Pacific