HIV epidemic levelling off, but still on the rise among injecting drug users and vulnerable prison populations 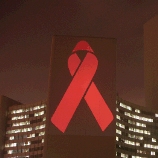 30 November 2012 - Ahead of World AIDS Day 2012, UNODC's Executive Director Yury Fedotov praised achievements in the fight against HIV, but warned that epidemics among injecting drug users and prison populations remain a challenge, calling for bold and courageous resolve to address these.

HIV epidemics in some countries are levelling off with a more than 50 per cent drop in the number of new infections over the past ten years. However, while this is a significant achievement in the global fight against HIV, challenges remain among key populations in several parts of the world.

"These achievements must be seen in context", said Mr. Fedotov. "There are still grave increases of HIV infections among drug users, which have led to the rise of new epidemics in countries where previously the epidemics were not driven by unsafe drug use. Just as importantly, there is also a marked reluctance by countries to address the severe HIV situation in prisons and other closed settings."

Speaking from Myanmar during a 12-day mission to South-East Asia, Mr. Fedotov said that collective resolve is needed. Latest assessments show that the HIV prevalence in the adult population of Myanmar is around 0.53 per cent, and that the rate of new infections fell by more than 50 per cent between 2001 and 2011. "This shows that strong Government commitment during the past decade, combined with a strategic focus on HIV prevention interventions among key affected populations, has succeeded in controlling and reversing the earlier epidemic trend" he concluded.

"We find ourselves at a decisive moment in the history of this pandemic" Mr. Fedotov continued. "Halting and reversing the spread of HIV among drug users and in prisons remains an important but ambitious target. However, I remain optimistic", he said. "HIV epidemics among drug users and in prison populations are completely avoidable and can be reversed. We have all the tools at hand, but bold and courageous responses are required based on evidence, human rights and gender equality."

UNODC provides countries with specialized technical assistance and emphasizes the need to create a favourable political and legal environment for evidence-based prevention and treatment options. UNODC's work focuses heavily on convincing countries that they cannot afford to ignore their key populations, such as female sex workers, men who have sex with men, prisoners and injecting drug users.

World AIDS Day - recognized each year on 1 December - is a day of international solidarity with all people affected by HIV, and on which the world reaffirms the commitments to reaching the HIV and AIDS goals set by the global community. The red ribbon is the universal symbol of awareness and solidarity with people living with HIV. It was introduced in 1991 and is used to remember those who lost their lives to AIDS and to emphasizes the importance of human rights for people living with HIV and others who are vulnerable to HIV.