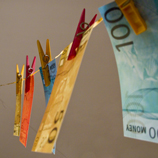 3 July 2013 - UNODC Executive Director Yury Fedotov attended an international meeting of high-level officials dealing with security in Vladivostok, Russia, on 2 and 3 July 2013.  On the margins of the event, he also met Nikolai Patrushev, Secretary of the Security Council of Russia, Meng Jianzhu, a member of the Political Bureau of the Communist Party of China Central Committee, and Janet Napolitano, the Secretary of the US Department of Homeland Security.

Addressing the opening session, Mr. Fedotov read a message on behalf of UN Secretary-General Ban Ki-moon, and in his own speech, called for intensified international cooperation to combat money laundering and promote transport security.

"Combating money laundering and ensuring transport security are challenges in themselves. They are also key to untangling the web of illicit drugs and transnational organized crime," he said. "Money laundering enables criminals to profit from illegal activities such as drugs and weapons smuggling and human trafficking. Criminals also rely on gaps and corruption in the supply chain."

"We can only tackle these global threats if we work together."

He added: "A cooperative, networked approach is critical in this fight. Information must be shared across borders, in and between regions. An effective criminal justice response requires international coordination."

In his meeting with Ms. Napolitano, he discussed the findings of UNODC's recently released 2013 World Drug Report, which focuses on the dangers of new psychoactive substances. They also discussed cooperation in combating migrant smuggling, cybercrime and identity fraud, as well as US support for the Global Container Control Programme, which is co-managed by UNODC and the World Customs Organization.