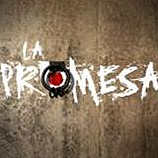 26 March 2013 - In Colombia, the UNODC office has been working over the past two years with the TV production company CMO and the TV station Caracol to bring the often disturbing reality of human trafficking to life through a drama series. 'La Promesa', or 'The Promise' in English, is a series that reveals the plight of thousands of people in search of their dreams; a search that leads some of them to believe in the promises of acquaintances or even strangers.

The series has already been aired in Panama, the Dominican Republic, Honduras, Costa Rica, Nicaragua, Puerto Rico, Ecuador and Mexico, and is now being shown in Colombia. It revolves around three women with different stories, but who end up sharing the same fate. Ana is unemployed and living on her own with a sick child. Out of desperation, she decides to go to Spain to find Elber, her father's child. Frida has been married for one year, but continues to dream of finding her 'prince charming'. She falls in love - on the Internet - with a loving gentleman. While Seleni dreams of traveling to Spain to be reunited with her mother and to help her grandparents.

Through the stories of these women, the series reveals how traffickers operate their networks, the widespread mistreatment of those involved, and the difficulties involved in trying to find and rescue loved ones from trafficking situations.

At the launch event for the series, the UNODC Representative in Colombia, Bo Mathiasen, said: "The work we have undertaken in recent years with the production company and now with Caracol - advising on the contents of 'La Promesa' - is a sign that Colombian society has a real interest in fulfilling the mandates of the law regarding human trafficking."

The producers and staff from Caracol have participated in UNODC-led workshops to increase their awareness of trafficking in persons. Moreover, the stories of the three women are inspired by testimonials from trafficking victims in Colombia.

The actors and producers of the series, as well as senior managers of Caracol, received pins and information about the Blue Heart campaign against human trafficking led by UNODC. They expressed their appreciation for UNODC's work to prevent more people from falling victim to the transnational organized crime networks. Caracol also expressed an interest in continuing to promote crime prevention messages through their future productions.

"We congratulate all those who made 'La Promesa' a reality and we hope that the stories of these three women help us to remember that the human being is not for sale" Mathiasen said.