More settlements reached in foreign bribery cases, but only 3 per cent of penalties goes back to affected countries 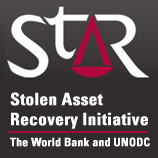 28 November 2013 - A new report by the joint UNODC/World Bank Stolen Asset Recovery Initiative (StAR) highlights the increase in enforcement actions to counter foreign bribery and the growing prevalence of settlements - that is, any resolution short of a full-scale trial - to conclude such cases and impose monetary sanctions.

The study, Left out of the Bargain , looks into the scope and value of settlements in 395 foreign bribery cases between 1999 and mid-2012, and illustrates how little money - only 3 per cent, $197 million out of $5.8 billion - has been returned or ordered returned to the countries whose officials were alleged to have been bribed.

Robust action to counter foreign bribery is a key factor in the global fight against corruption. The return of stolen assets to their legitimate owners and compensation to affected parties are vital components of that effort.

The report provides the first-ever comprehensive analysis of settlement practices by both civil and common-law countries, and identifies innovative practices linking settlements with asset return, calling on the international community to use these findings to address the continuing challenges in dealing with foreign bribery.

"There has been considerable progress to date in fighting foreign bribery," said Dimitri Vlassis, Chief of the Corruption and Economic Crime Branch at UNODC. "More can and should be done to ensure that these efforts contribute also to asset recovery, which is a critical objective of the UN Convention Against Corruption. The return of assets to affected countries should be systematically integrated into the settlement processes and outcomes."

Jean Pesme, the coordinator of StAR, emphasized the key role of the international community in advancing the report's conclusions. "We also call on countries whose officials were allegedly bribed to intensify their efforts to investigate and prosecute corrupt officials, and use all avenues to become parties to settlements," said Pesme. "Countries who have suffered harm from foreign bribery also need assistance to improve their prospects to trace and recover assets."

Contrary to widely held views, the report also concludes that, in principle, settlements are not an impediment to international cooperation. However, very few settlements have an international dimension. The report thus recommends more transparency on settlements, more proactive and spontaneous information-sharing among concerned jurisdictions, and expansion of the legal avenues for parties seeking redress.

The Stolen Asset Recovery Initiative (StAR) is a partnership between the World Bank Group and UNODC that supports international efforts to end safe havens for corrupt funds. StAR works with developing countries and financial centres to prevent the laundering of the proceeds of corruption and to facilitate more systematic and timely return of stolen assets.

Report: "Left out of the Bargain: Settlements in Foreign Bribery Cases and Implications for Asset Recovery"