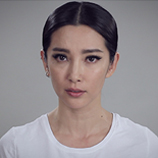 19 November 2013 - To highlight the urgent need to address the illegal trade in wildlfe, UNODC's Regional Office for Southeast Asia and the Pacific today launched a wildlife crime public service announcement (PSA) to raise awareness among young Asians that the buying, selling, and consuming of protected species is illegal and finances organized crime.

A rich bio-diversity hot-spot, Southeast Asia and the Pacific is both a point of origin and destination for a significant trade in wildlife that threatens many vital and endangered species with extinction. Rare wildlife is consumed throughout Asia - but particularly in China, Hong Kong, Taiwan, Viet Nam and Thailand - for luxury meals, and used for status symbol ornaments and in traditional medicine. Asia is now a significant consumer market for smuggled wildlife, driving the massive scale of poaching in Africa.

The PSA is also available in Mandarin, and in subtitled Thai and Vietnamese versions.