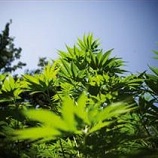 11 December 2013 - Today, the parliament of Uruguay passed legislation to legalize the production, sale and consumption of marijuana for non-medical purposes.  The move comes amid growing debate over international drug control policy in Latin America.

Cannabis is controlled under the 1961 Convention on Narcotic Drugs, to which Uruguay is a party. The Convention requires States Parties to limit its use to medical and scientific purposes.  Raymond Yans, President of the International Narcotics Control Board (INCB), said the "legislative body that has endorsed an international law and agreements, and a Government that is an active partner in international cooperation and in the maintenance of the international rule of law, knowingly decided to break the universally agreed and internationally endorsed legal provisions of the treaty."  The INCB is an independent body of experts established by the UN to monitor countries' compliance with international drug treaties.  He added that the role of 1961 Single Convention is "to protect the health and welfare of humankind."

According to the INCB statement, cannabis is not only addictive but may also affect some fundamental brain functions, IQ potential and academic and job performance and impair driving skills. Smoking cannabis is more carcinogenic than smoking tobacco. Such a decision "will not protect young people but rather have the perverse effect of encouraging early experimentation, lowering the age of first use, and thus contributing to developmental problems and earlier onset of addiction and other disorders," Mr. Yans said.

Yury Fedotov, Executive Director of UNODC, stressed the value of international cooperation. "Just as illicit drugs are everyone's shared responsibility, there is a need for each country to work closely together and to jointly agree on the way forward for dealing with this global challenge."

"Confronting illicit drugs and their impact is dependent on pursuing a comprehensive response to the drug problem based on health, long-term security, development and institution-building," he said.

The Commission on Narcotic Drugs, the central policymaking body of the UN on this issue, will hold a high-level review in 2014 of Member States' implementation of the Political Declaration and Plan of Action on the world drug problem.

Looking at the long-term implications for international drugs policy, the UNODC chief added: "It is unfortunate that, at a time when the world is engaged in an ongoing discussion on the world drug problem, a unilateral action has been taken ahead of the outcome at a special session of the UN General Assembly planned for 2016."

UNODC strives to achieve the fundamental principles of the UN - to safeguard health, human rights and justice in drugs and crime policy. The objective of the UN is a balanced approach which promotes drug abuse prevention and treatment, while at the same time countering the production and trafficking of narcotic drugs and psychotropic substances.