Shining a light on financial transactions in migrant smuggling 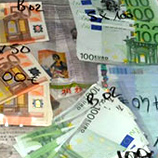 13 September 2013 - The UNODC Regional Office for Southeast Asia and the Pacific (ROSEAP) recently launched a report on the financial flows associated with migrant smuggling. The report, 'Migrant Smuggling in Asia - Comparative Research on Financial Flows within Asia and Europe', provides in-depth information on the financial transactions involved in migrant smuggling operations in Asia and Europe.

"There is a lack of reliable and consistent data on migrant smuggling. This makes it difficult for authorities to develop evidence-based policies and to implement effective strategies to combat migrant smuggling and protect smuggled migrants," said Mr. Sebastian Baumeister, UNODC Expert and Analyst on Migrant Smuggling based in Bangkok at ROSEAP. "This report is an information resource that identifies and addresses gaps in what is known about the financial flows associated with human smuggling across Asia and Europe."

Migrant smuggling puts migrants at risk of abuse, exploitation and human trafficking - and at the risk of losing their lives.

UNODC ROSEAP conducted the research in support of the Bali Process, a regional, multilateral process to improve cooperation against migrant smuggling, trafficking in persons and related forms of transnational crimes.

The report drew on a variety of data collection methods including interviews with police experts, and analysis of original court files containing smuggling cases, which also included transcripts of monitored phone calls between human smugglers.

The report found that both the smuggling method and the organisational structure lead to different national patterns of financial transactions within the countries of origin, and that the financial transactions of smuggling operations leave few traces in transit countries and virtually no traces in countries of destination. Informal methods of money transfer still play a prominent role within migrant smuggling networks, although genuine bank accounts are used if available and regarded as safe.

Migrant smuggling generates large profits for the criminals involved. It is a low-risk and high-profit crime, making it increasingly attractive to organized criminal networks. The criminals, in particular the organizers, face little risk of detection. The challenge is to bring the perpetrators to justice and to seize their profits in order to make migrant smuggling unprofitable while, at the same time, upholding the rights of, and protecting, smuggled migrants.

In addition to conducting targeted research, ROSEAP established a Voluntary Reporting System on Migrant Smuggling and Related Conduct (VRS-MSRC) in support of the Bali Process. Launched in July 2013, the VRS-MSRC is a web-based data reporting system that allows participating state authorities to collect, share, use, and analyze data on migrant smuggling and irregular migration issues.