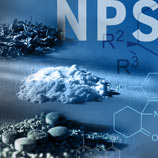 9 September 2013 - Amidst figures showing a sharp rise in the number of reported new psychoactive substances (NPS), international experts met last week to address this growing challenge. Over the past 12 months, the number of NPS reported to UNODC rose by 41 per cent, from 251 to 354, while countries reporting detection of these substances climbed from 70 to 90.

Marketed as 'legal highs' or 'designer drugs' and sold openly, including via the internet,  NPS formulations are outpacing efforts to impose international control. Criminals have been quick to tap into this lucrative market. Uncontrolled and therefore not tested for safety, their potential for harm is far greater than that of traditional drugs.

UNODC's Executive Director Yury Fedotov noted the urgency of responding to this trend: "The adverse effects of NPS are poorly understood and present a global health risk. Concerted action is urgently needed by the international community to prevent the manufacture, trafficking and abuse of these drugs. UNODC is playing a leading role in addressing this challenge by launching an early warning advisory system on NPS, which is the first global reference point on these substances."

During the meeting in Vienna, Austria, experts acknowledged that while the current international drug conventions have all the necessary tools to address NPS, keeping track and controlling these substances is still a challenge. The World Health Organization, which recommends the scheduling of potentially harmful new substances under the drug conventions, committed to prioritize substances to be evaluated and to align their review process with the meetings of the Commission on Narcotic Drugs for a faster response.

In June 2013, UNODC launched an early warning advisory system on NPS. The portal offers up-to-date information and validated identification techniques, including chemical structures, as well as reported adverse effects. It also compiles different types of legislative measures taken so far to respond to the challenge at the national level, as well as studies on NPS toxicology, use and treatment.

In the same month, the 2013 World Drug Report highlighted that, while the use of traditional drugs such as heroin and cocaine seems to be declining in some parts of the world, the abuse of prescription drugs and NPS is growing. For the first time, the number of NPS (251 as of mid-2012) exceeded the total number of substances under international control (234), posing an unforeseen challenge to Member States in addressing the world drug problem.