New report warns on gap in HIV prevention and treatment for prisoners, people who inject drugs 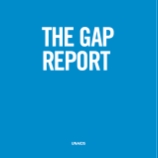 17 July 2014 - A new report by UNAIDS - developed in close consultation with 11 Cosponsor agencies, including UNODC - has drawn attention to the disparity that still persists in providing HIV prevention and treatment services to key populations, among them people who inject drugs and prisoners. The first UNAIDS Gap Report analyses the reasons for the widening gap between people having access to HIV prevention and treatment, and people who lack access to these services. The report also highlights that focusing on populations that are underserved and at higher risk of HIV will be key to ending the AIDS epidemic by 2030.

The UNAIDS report includes recently released UNODC data, which shows that the number of people who inject drugs was estimated to be around 12.7 million globally aged between 15 and 64. Of these, around 1.7 million, or 13 per cent, are living with HIV. Unsafe injecting drug use and associated increased vulnerability to HIV remains a critical issue, and is worsening in some regions, such as South-West Asia and Eastern Europe.

Regarding prisoners, the data notes that overcrowding, among other problems, increases vulnerability to infections such as HIV, tuberculosis and hepatitis. Prisoners are also at risk of violence and disruption in HIV prevention and treatment services, including access to harm reduction measures. A comprehensive package of 15 interventions for HIV prevention, treatment and care in prisons and other closed settings has been put forward by UNODC, jointly with ILO, UNDP, WHO and UNAIDS. These measures include prevention of sexual violence, opioid substitution therapy, needle and syringe programmes, condom distribution programmes, anti-retroviral therapy, prevention of transmission through skin piercing, prevention of mother-to-child transmission of HIV and prevention and treatment of viral hepatitis, tuberculosis, and sexually transmitted infections, among others.

Together with national and international partners, including civil society organisations and other UNAIDS cosponsors, UNODC assists countries to achieve universal access to comprehensive, evidence-informed, public health-oriented and human rights-centered HIV prevention, treatment, care and support services for people who use drugs and for people who live and work in prison settings.