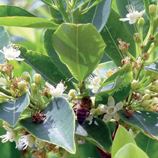 20 May 2014  - UNODC's Executive Director Yury Fedotov hails the agreement reached in Havana on 16 May 2014 between the Colombian Government and the Revolutionary Armed Forces of Colombia (FARC-EP) on the subject of illicit drugs. The agreement is broad in scope and includes three sub-themes: substitution of illicit crops through comprehensive alternative development programmes, demand reduction with an emphasis on public health services, and ending the production and commercialization of illicit drugs. A key aspect of the agreement is to help farmers switch from coca cultivation to legal activities in regions plagued by illicit crops.

"The agreement between the Colombian Government and the FARC is major step forward in stamping out the menace of the illicit drug trade in the country" said Mr. Fedotov. "This move will support alternative development activities to help create a better life for many Colombians tired of the violence the drug trade generates, and who wish nothing but a chance at prosperity for themselves and their families."

Since 1987 UNODC has worked in Colombia to support the government in the implementation of alternative development activities designed to reduce and eliminate illicit crops.

UNODC's alternative development work has benefitted over 600 community organizations in the country and helped 156,000 families in 7,734 settlements to leave behind illicit cultivation. The efforts have paid off: the past five years have seen a reduction in coca cultivation, and the UNODC/Government of Colombia Coca Cultivation Survey 2012 shows that the area under coca crop cultivation in Colombia fell by a quarter in 2012 to 48,000 hectares (ha), down from 64,000 ha in 2011.

"UNODC stands ready to continue to support the Colombian government in boosting programmes that help farmers leave behind the cultivation of illicit drugs for viable alternative livelihoods," continued Mr. Fedotov. "Long-term commitment from all actors and financial investments, however, are required to ensure lasting benefits."

UNODC alternative development programmes focus on helping farmers with licit income-generating activities to reduce dependence on income from opium poppy and coca. Efforts are centred on the improvement of health, education, basic infrastructure, community development and food security, among other areas. Special attention is also given to environmental protection, gender advancement and improving access to markets for alternative development products.

Statement attributable to the Spokesman for the Secretary-General on Colombia