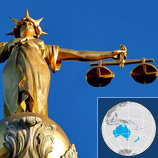 28 October 2014 - In a series of meetings with senior Australian and New Zealand officials UNODC Executive Director Yury Fedotov underscored the importance of an integrated approach to evolving illicit drug and organized crime challenges in Southeast Asia and the Pacific.

"Thanks to our regional programme, UNODC is ideally placed to assist countries develop the necessary strategies to counter illicit drugs and organized crime," said Mr. Fedotov.

The UNODC head noted that strong relationships with inter-governmental organizations were also essential to counter drugs and crime. He said UNODC's regional office in Bangkok had been successful in strengthening relationships with key regional partners such as the Association of Southeast Asian Nations (ASEAN) and the Pacific Islands Forum Secretariat (PIFS).

Speaking at the end of the mission, Mr. Fedotov said, "I wish to thank both countries for their extensive support of UNODC's regional initiatives over recent years. The Regional Programme for Southeast Asia and the Pacific is a key vehicle to assist states across both regions with transnational crime and border management, criminal justice, terrorism and drug use."

Mr. Fedotov was the head of a UNODC delegation that included the regional representative, as well as various experts from the UNODC headquarters, that was in the region to discuss organised crime, different forms of trafficking, corruption and terrorism in Southeast Asia and the Pacific. Prior to the mission, Mr. Fedotov had held similar discussions in South Korea and Fiji.